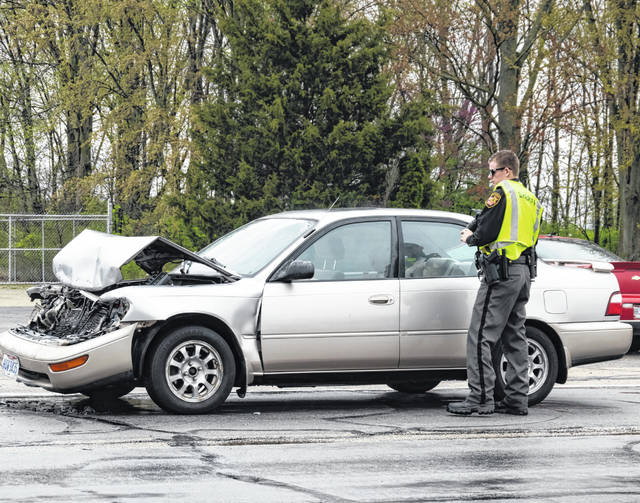 GREENVILLE – A driver was transported for his injuries after a Thursday afternoon two-vehicle accident on the outskirts of Greenville.

At approximately 2:45 p.m., emergency personnel from New Madison Fire Department as well Arcanum and Greenville Rescue along with deputies from the Darke County Sheriff’s Department were dispatched to the area of the 4700 block of State Route 49 South in regards to a two-vehicle accident with injuries.

According to the Darke County Sheriff’s Department, a preliminary investigation into the accident has revealed a black Toyota Corolla was stopped in traffic waiting to make a left hand turn into Sherwood Forest when the vehicle was rear-ended by a silver Toyota Corolla who failed to notice the stopped traffic. The female driver and her male juvenile passenger of the black Toyota were examined by EMS on the scene before refusing treatment and transport to a medical facility.

The male driver of the silver Toyota, who was also the sole occupant, was treated on the scene prior to being transported to Wayne HealthCare for minor injuries.