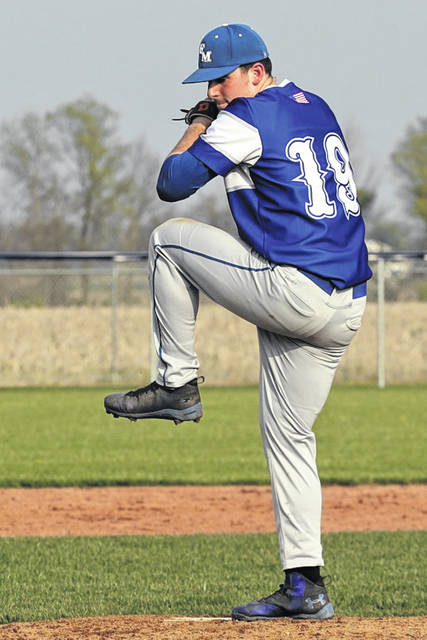 “You play defense and pitch well you’re going to win games,” said FM coach Tyler Rhodus, “and we had no errors.”

“Defensively we played pretty well and we put the ball in play,” Ansonia coach Dustin Hecht. “It was just some mental mistakes on the base paths that really haunted us.”

Neither team would dent the plate in the opening inning but the Jets scored two runs in the bottom of the second to lead 2-0 taking advantage of a Tigers error and RBI singles off the bats of Gabe Sargent and Parker Schaar.

Franklin Monroe increased its lead to 3-0 in the bottom of the third with Blake Sease driving a RBI single to center.

The Jets moved out to a 4-0 lead in the bottom of the fourth with Dylan Brumbaugh sending a one out single to left and racing home on a Caden Goins two out double to left closing out scoring on the night.

“We kept chipping away, keep having good Abs, keep getting base runners and good things will happen,” Rhodus stated. “The last few games we’ve had one big inning. We’ll score three, four, five runs in an inning but that’s the only inning we score.”

“Even though we only had four today, we scored in three different innings,” added Rhodus. “Very pleased that we were able to keep chipping away, keep adding, so all-in-all I was very pleased.”

FM accounted for six hits while Ansonia collected five hits on the night.

Blake Sease and Parker Schaar each went 1-2 with a RBI, Dylan Brumbaugh was 1-3 with a run and Jarin Young scored a run.

Ansonia was paced with two Andrew Rowland hits and Tyler Neal, Caleb Jones and Kolton Young each added a hit.

Brendan Hosler was the pitcher of record for FM throwing six complete shutout innings, surrendering five hits, striking out four and no walks. Tim Lawson earned the save pitching one inning in relief allowing no runs, one walk and striking out one.

“We only walked one guy and that was in the seventh, so both my guys came out and threw strikes, pitched well and played defense,” noted Rhodus. “That puts you in situations to win ballgames.”

Jacob Longenecker was saddle with the loss for Ansonia giving up three earned runs with six hits over six innings, four walks and three strikeouts.

“Jacob is only a sophomore,” Coach Hecht said. “He put in a pretty good effort and they threw a sophomore too. If you look at the box score you would think it was two pretty big veterans out there but it was two young guys going after it with good pitching performances.” 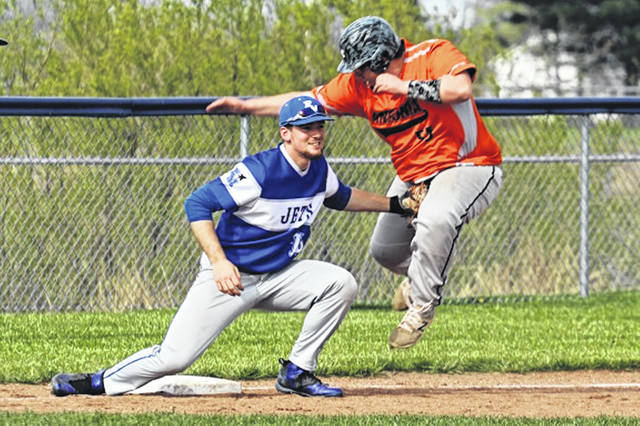 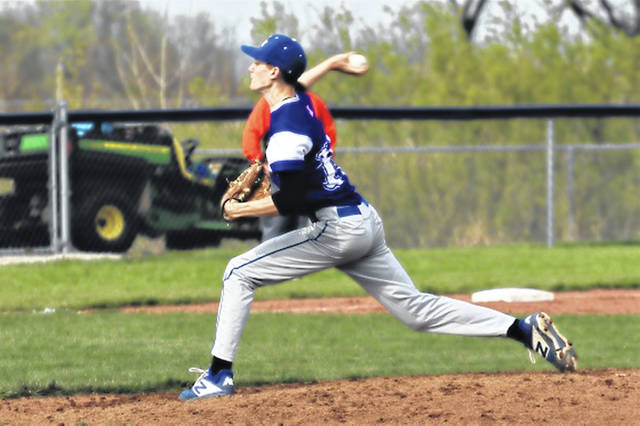 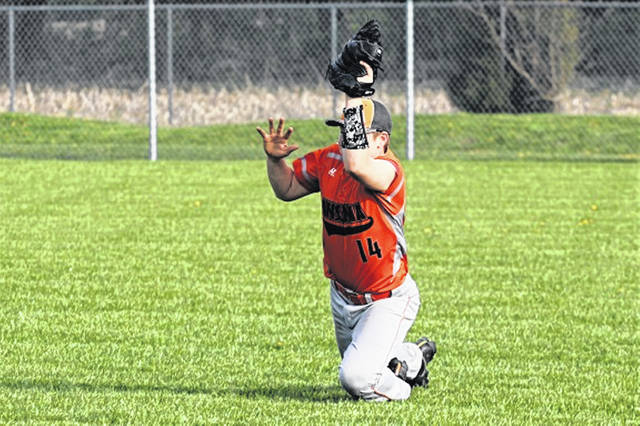 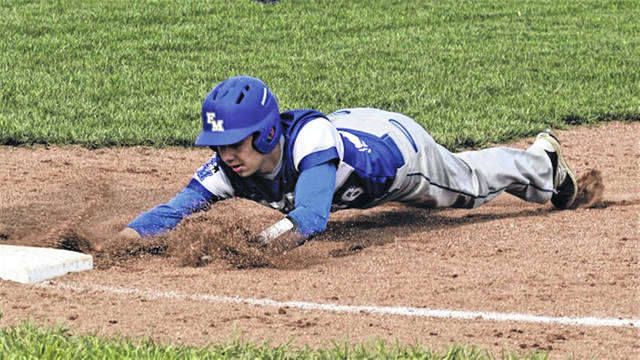 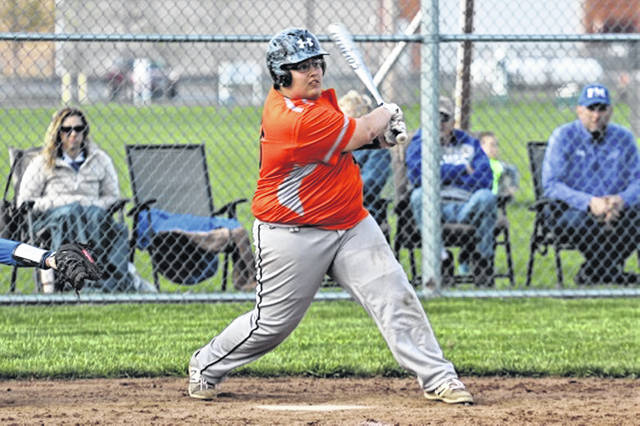 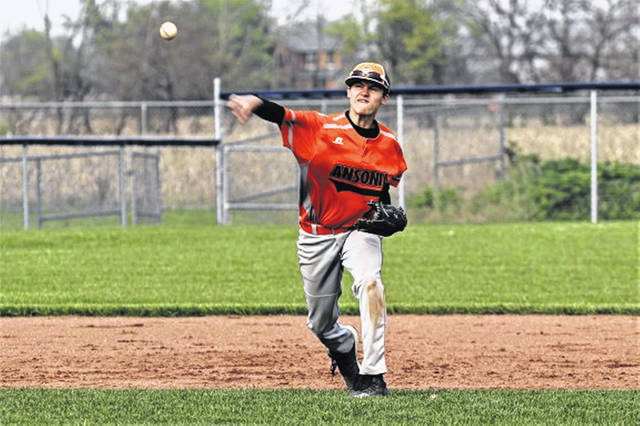 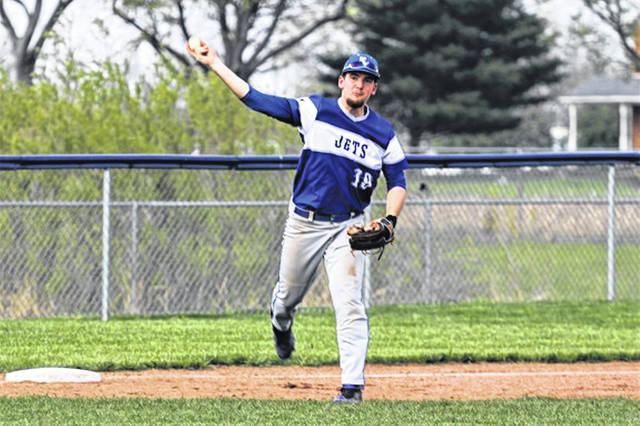 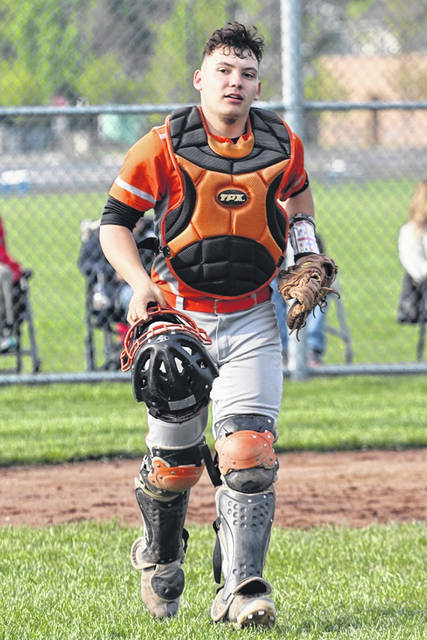 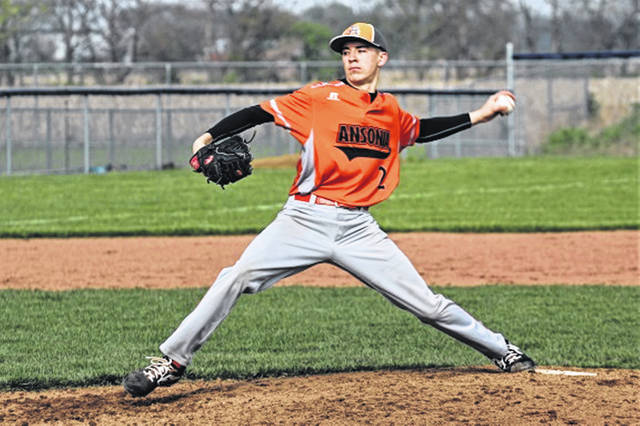 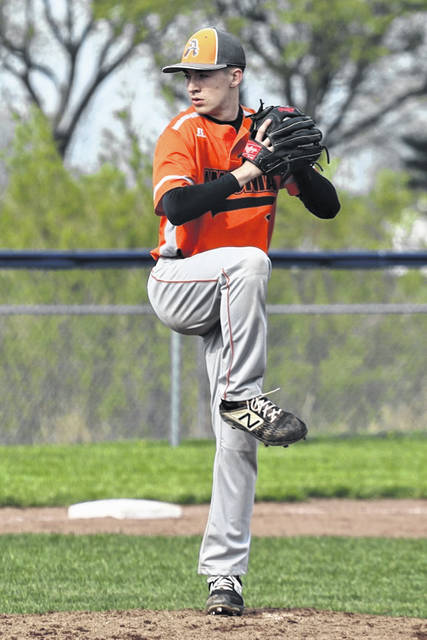