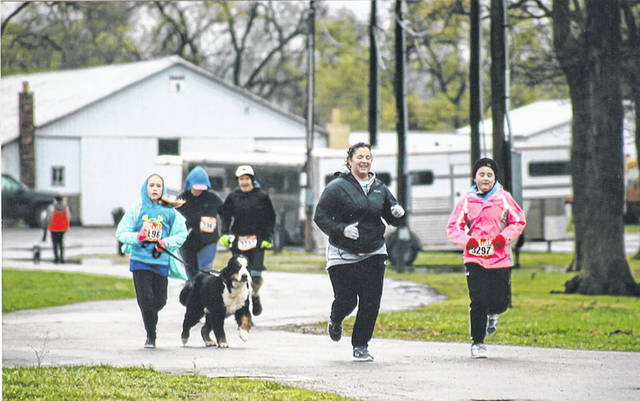 GREENVILLE – The sixth annual Scentral Park 5K was held April 20 at the Darke County Fairgrounds. All proceeds from this race will be used to maintain and improve Scentral Park, Darke County’s only dog park located next to the Animal Shelter on County Home Road in Greenville.

The Darke County Friends of the Shelter would like to thank Tribute Pet Memorial Services, presenting sponsor, along with other sponsors: Financial Achievement