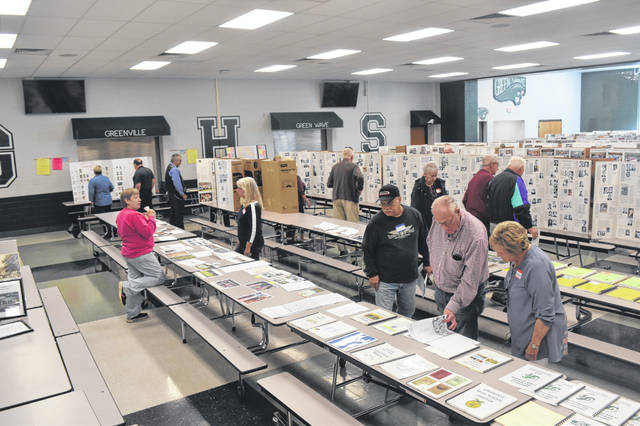 The event is planned and hosted by the GHS Alumni Association.

The open house provided an opportunity to meet up with old friends and classmates and check out more than 200 display boards filled with yearbook photos and other memorabilia on display. More than, 19,000 senior pictures from the school’s 108 years of the Chief Yearbook – from 1911 through 2018 – were also on display.

Neff, who worked as his parents’ business, the Neff Company, said he takes advantage of the annual event to “catch up with old friends.”

“She robbed the cradle,” he said of his mother, whose family ran a bakery where Loudy’s is now located. Buchy’s father’s family were owners of Buchy’s meat processing.

Buchy said one reason he enjoys attending the alumni open house is the opportunity it affords him to learn more about the history of the high school and the many students who have walked its hallways.

“I like to peruse the whole display,” he said, giving GHS Alumni President Dick Brown credit for his work in preparing many of the display boards and copies of photos, obituaries of graduates and other memorabilia connected with the school.

“Dick has labored for years, not only to prepare the history of the past,” Buchy said, pointing out how Brown can be found at the majority of GHS activities, taking photos and recording current events.

“He does it because he loves Greenville,” Buchy said.

Taking a chance to check out some of the written histories compiled by Brown and the alumni committee were two former Greenville elementary teachers, Pat McCarthy, Class of 1958, who taught for 30 years and Shirley DiRocco, a 1948 graduate who spent 28 years teaching, as well as McCarthy’s sister Kay McCarthy Real, a 1961 graduate.

The ladies said they were enjoying the opportunity to catch up and see old friends.

“It’s always a fun thing to have,” Brown said of the open house. “Many alumni who came stayed for quite awhile to talk. We did have one alum, Dave Gauvey, Class of 1956, who traveled 1,200 miles from Texas, to attend. He does it about every year. It’s fun to keep history going.” 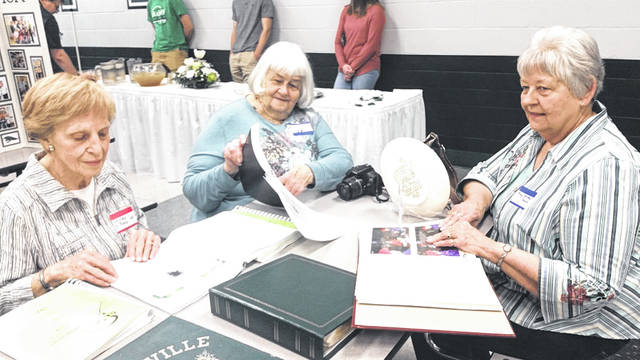