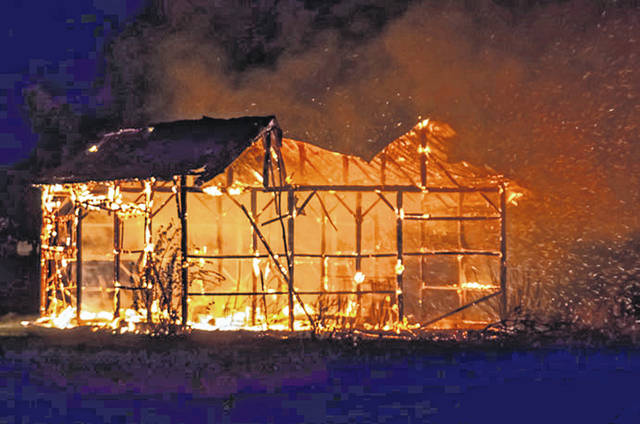 At approximately 2:35 a.m., emergency personnel from Ansonia Fire and Rescue, Greenville Township, Rossburg and Union City Fire Departments, as well as deputies from the Darke County Sheriff’s Office, were dispatched to the 3800 block of State Route 47 in regards to a fully involved barn fire.

According to Ansonia Fire Chief Paul McCleskey, crews arrived to a fully involved barn fire with heavy smoke and flames showing and immediately took a defensive approach to the fire.

Crews were able to knock down the blaze and prevent the already heavily damaged building from collapsing. Personnel on the scene stated the property, located at 3859 State Route 47, is known to be under renovation and had no power or any other utilities connected to the residence or the barn.

The cause and origin of the fire are unknown at this time. The fire will remain under investigation by the Ansonia Fire Department.