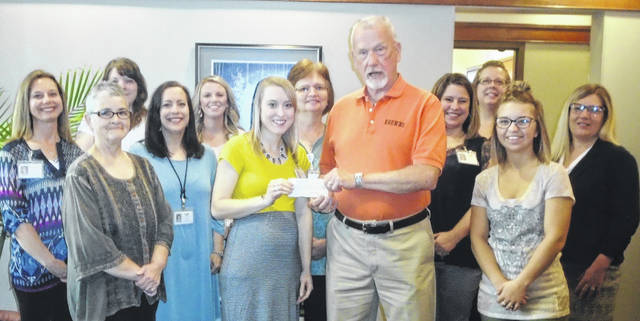 The money, according to Browns Backers President and Founder Scott Stahl, came from the last football season, which included the raffle of Browns items and 50/50drawings at Danny’s Place in Greenville, as well as that were awarded from the Cincinnati Reds and the Dayton Dragons.

What are the Browns Backers’ plans for 2019?

“We will still sell tickets again at Danny’s, and perhaps we will have more packages to offer,” he said. “The season begins Sunday, Sept. 8 and we’re looking forward to it.”

Stahl said he founded the local Backers group in April 1987.

“We were the 27th club to form and now we’re in all seven continents,” he said.