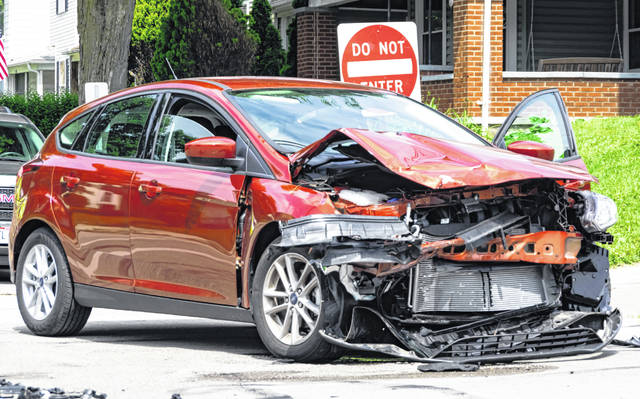 GREENVILLE — Six people were able to avoid any major injuries Thursday afternoon after a driver pulled into the path of oncoming traffic causing a two-vehicle accident.

At approximately 3:30 p.m., Greenville City Fire Department and Greenville Township Rescue were dispatched to the intersection of West Water and Vine Streets along with officers of the Greenville Police Department in regards to a two-vehicle accident with possible injuries.

According to the Greenville Police Department, a preliminary investigation into the accident has revealed that an orange Ford Focus was stopped at a stop sign at the intersection of West Water and Vine streets when the driver attempted to make a left hand turn onto Vine Street. The driver of the Ford Focus failed to notice oncoming traffic, pulling into the path of a white Ford Explorer causing a collision between the two vehicles.