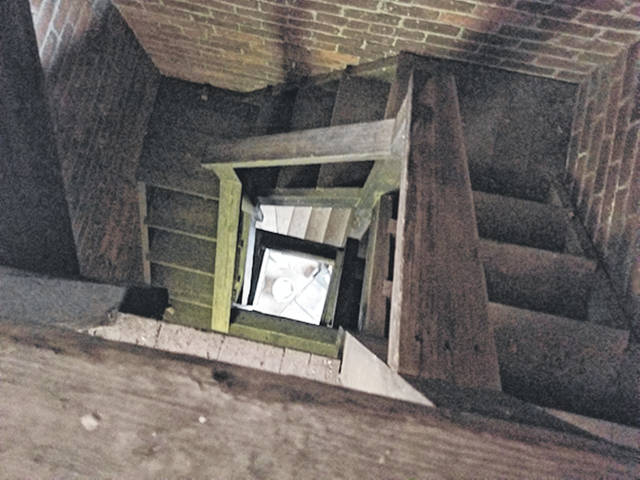 ARCANUM — For over half an hour, some 30-plus residents toured the former village hall during the planning committee meeting Thursday evening on West South Street.

Residents were broken into groups, some taking a path through a maze of former administrative offices still hosting furniture and wall hangings on the first floor. Others headed for the heavily carpeted stairs cluttered with a variety of items to the former VFW space on the second floor. Village leaders, both current and former, taking the lead to provide information on the hall’s history.

During the tour, residents shared memories, including schools tours from years ago. They asked questions, tapped on walls, even stomped on the floor to determine the building’s condition. Most eventually made it to the balcony overlooking the stage on the third floor of the former opera house. Those glory days long passed as noted by holes in the ceiling, chicken wire over windows, and the remnants of the 80 bats that had once roosted there.

A few individuals continued on the narrow, winding staircase to the bell tower while others lingered in offices with peeling paint, bare wood floors, and boxes containing old paper records on the second floor.

Not only was the meeting to view the current state of the building, but to discuss its future against that of the pending new village administrative building to be located behind (north-east) of the Arcanum VFW on acreage already owned by the village. The water, electric, and street departments are in close proximity to the future administration building, too, as is the new wastewater treatment plant.

“We the people did not get that option [to vote],” said Dave Kessler, Arcanum resident, citing six members of the village were about to decide to permanently vacate the village hall and build a new one without the vote of the people. “We the people deserve that opportunity.”

Dave Kessler had voiced similar concerns at previous council meetings as well as on social media.

Beyond wanting an opportunity to vote, residents who joined Dave Kessler for the evening’s meeting shared ideas for the building’s future. Some of those ideas included fund-raising to placement on the National Register of Historic Places (NRHP). The latter drawing concern from the village administrator, citing a historic designation could result in a loss of control over what is done to the former village hall. He also cited the police department may need to move should it be listed on the NRHP.

The police department is currently utilizing space at both the All-American Clothing Company on 1 Pop Drive and the former village hall, neither ideal.

Returning to discussion on the pending new administrative building’s location, Dave Kessler asked village leaders to consider the former school lot on Main Street, stating, “It is well worth it not to hide this building. If you want to brag about it and have your name on the building, for heaven’s sake, put it out where we can see it.”

At 7,236 square-feet, the new administration building was deemed too large for some locations such as the parking lot across from the former town hall.

However, still favoring the hall and disliking the lack of a vote by the people, Dave Kessler commented, “Doing it isn’t the issue, it’s how it came about.”

For Arcanum resident Jim Piel, he felt the council wanted to get out from the issues surrounding the former town hall even though the town desired to restore and maintain it.

Turning to those in attendance, Piel asked if they wanted to vacate or not vacate the former village hall. The response was overwhelmingly not to vacate, with a request the council members in attendance share their wishes for the hall’s future with the entire council. 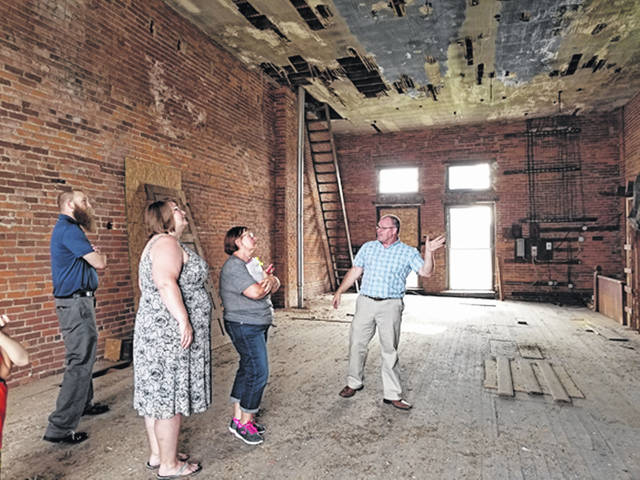 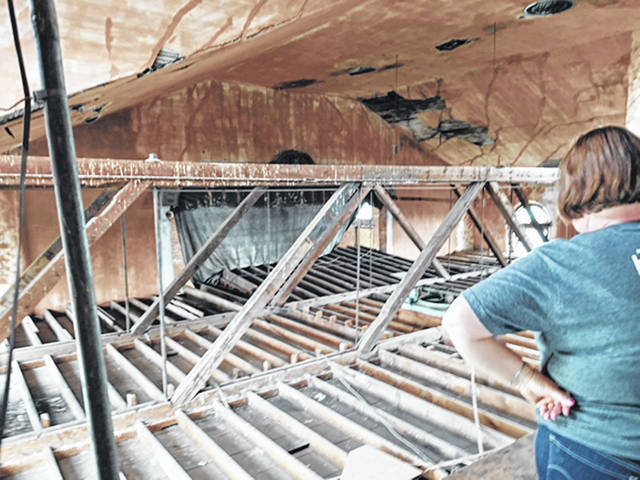