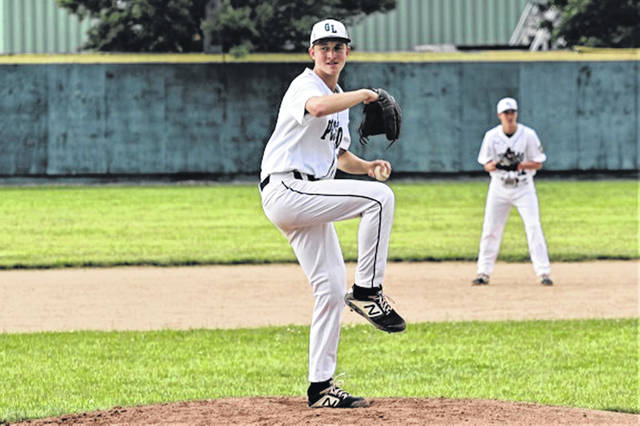 “The goal is to get these guys prepped and ready to be playing 19U baseball against other American Legion baseball programs,” said Post 140 Junior coach Storm Wolters. “We have a good group of guys that are willing to work hard and put in the time in to play at the next level.”

The Legion 16U team is in place to prepare and feed the 19U Greenville Post 140 team that currently stands at 11-2 on the season.

Arcanum jumped out to a 1-0 lead after one inning of play before the Post 140 Junior team’s bats came alive to plate five runs in the third inning of play.

“We cracked the scoreboard in the third inning putting up five runs and jumping out to a big lead,” said Wolters. “That really gave Hayden Bush a lot of security to work with and he was able to settle down and throw strikes.”

Bush worked six innings on the mound to earn the win for Post 140 before Coach Wolters called on Jacob Treon to pitch the final inning, setting the visitors down 1-2-3 all coming by way of strikeouts.

“Jacob Treon ended up setting the side down on three K’s (strikeouts),” noted Wolters. “He was geared up and ready to go.”

Working behind the plate for the Greenville squad was incoming Green Wave sophomore Seth Delk.

“Seth is the kind of kid if you ask him to run through a wall, he’ll try and do his best to do it,” said Wolters following the game. “He’s always there to listen and learn. He’s a great kid and he’ll do anything you ask of him.”

“We’ve been up and down at the plate,” Wolters stated. “We have been stranding runners on but we found a way to get it done tonight. These guys are resilient. Some of them come out with an 0-for night and the next night they will come out here with positive minds, positive attitudes and be ready to play ball. I can’t say enough about these guys and their mental toughness.”