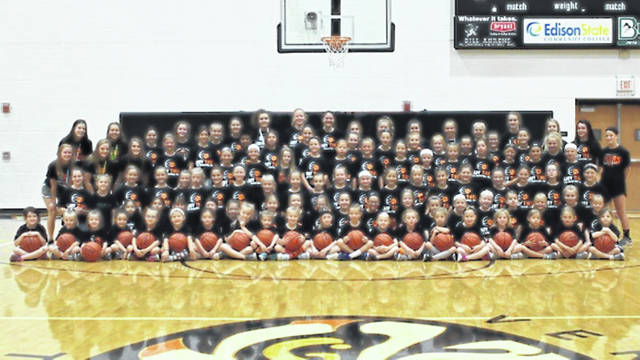 “We have another big camp this year,” said Stonebraker. “A lot of girls from different schools. I love working with all these girls and their excitement for the game.”

“I couldn’t do this camp without the help of Kim Custenborder and all of our players. It is a blessing having all this help to put this camp on.”

“We have 155 campers this week and we have 25 helpers, it’s my players, it’s our players that play through the Versailles Lady Tigers program,” Stonebraker added. “They do this so that we can fund our camps that we like to go to in the summer as well to get better as a team.”

“There are a lot of girls playing basketball and sports,” Stonebraker said of the interest in girls sports programs. “Volleyball is big right now, softball is big right now and it’s really neat to see parents getting their girls excited to play sports because it didn’t happen a long time ago. I think the girls really enjoy it.”

Stonebraker is pleased to share her D-I college playing experience and successful coaching experiences including numerous OHSAA State Championships and State Runner-Up trophies, not only with her Versailles girls but campers attending from surrounding schools that one day will be at the opposite end of the court playing for a rival team.

“It started about 10 years ago where a couple girls that we knew, some of them were my cousins, some of my nieces wanted to come to camp and I said, ‘absolutely’, let’s do it,” said Stonebraker. “Let’s open it up to some of the AAU programs that we were coaching at the time.”

“There are always teams that are playing right with us and that we are competing against,” concluded Coach Stonebraker. “I just feel like you can never settle for just being average, you have to keep working, you have to keep getting better.” 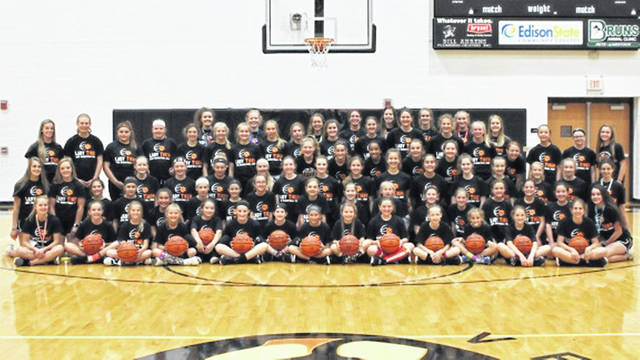