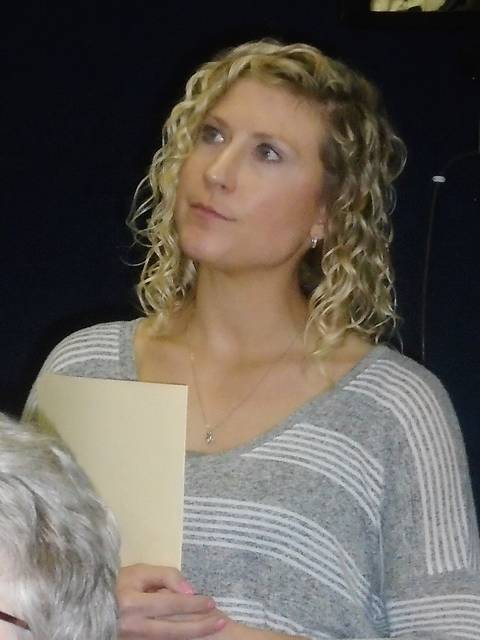 NEW WESTON — Approximately 150 people were in attendance at the Allen Township trustees meeting Thursday night in the community room in New Weston to air concerns about the proposed Golden Heritage Farm, owned by CLR Eggs LLC.

“There is a lot of excitement going on here,” said Trustee Mike Bulcher who opened the meeting, with his co-horts Neal Siefring and Chris Mestemaker nearby. “Some people want it stopped. We’re open for discussion.”

Questions were asked and lots of comments were made.

One man blurted out, “All roads are broke down on Ross-Medford Road. Those roads were already supposed to have been fixed.”

Comments made toward the company and elected officials by those attending the meeting included:

“Why don’t our elected officials have a say-so? You represent the people.”

“Show us we’re not already contaminated. What do we know about underground water quality?”

“What will this area be if you run us out of water?”

“What about air and our health, in general, when putting out contaminants?”

“There are 47 houses in New Weston. We’re stuck finding money to put new wells in here.”

“I don’t want to see it, smell it. People walk up and down our road and now we won’t be able to anymore.”

“The ODA does nothing. Everything is dying on my property. They smell money, we smell manure.”

“Put the facility on some congressman’s backyard.”

“Will Coopers guarantee truckers will stay on the right route?”

Arend responded when someone asked her about the proposed pullet farm.

“We have to contract that out. We can’t promise its location,” she said. “The farm is a cage-free egg farm, which will also have onsite egg processing and packaging. We are building this farm to help fulfill a growing consumer demand for cage-free eggs.”

She explained that the company is committed to maintain a high quality of life around the farms.

“Manure will be kept dry stored in a manure storage barn,” she said. “Manure is an all-natural fertilizer. All manure from the farm will be sold to crop farmers for use as organic fertilizer in accordance with ODA and ODNR regulations.”

To answer another question, she responded, “We have a good filtering system inside the barn.”

She also stated, “From my experience, Cooper Farms do things the right way. I understand your concerns. We’re doing this to fill consumer demand.”

On several occasions, she admitted she did not have answers.

Many people made the remark that higher-ups in the company should have been at the meeting.

Allen Township Trustee Mestemaker said he contacted someone at Coopers but that person never responded back.

“That tells me they’re not going to be good neighbors,” said Tom Wentworth.

Schmitmeyer, who was vocal throughout the two-hour meeting, asked the representative why they didn’t put it somewhere else, like in Colorado.

“When my grandfather, Earl Baltes, put in the Eldora racetrack, he had to go around and get permission from the commissioners and trustees,” Joe said. “This location is irresponsible. Put it on a main road. We have hundreds of signatures. God’s faith is what made this area so great. There is no economic value for us. Where are our individual rights? Individual rights don’t matter. America…its a republic. I ask you please again don’t do this to our area. We don’t want it. We bought our home on a township road to have peace and quiet. There is no benefit in this to our community.”

His wife, Gretchen, said, “There are five kids in a 15-mile radius dying from cancer right now. I don’t want that for my children or any other children. You have no idea what will happen to us.”

Joe added, “They are taking some of my property for the company. Who’s to say Coopers won’t go bankrupt and have others come in. It ain’t right.” 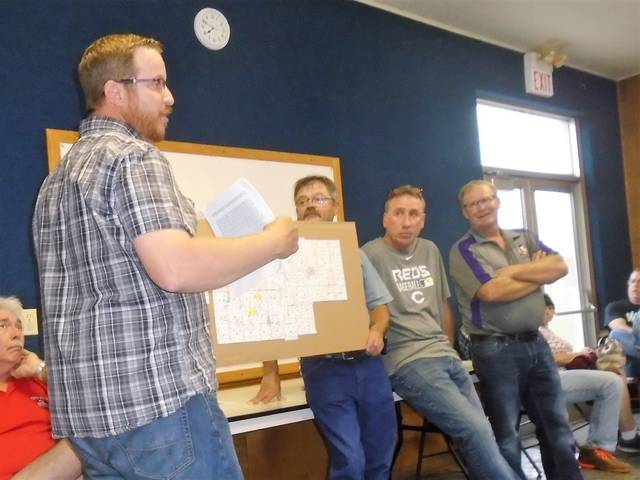