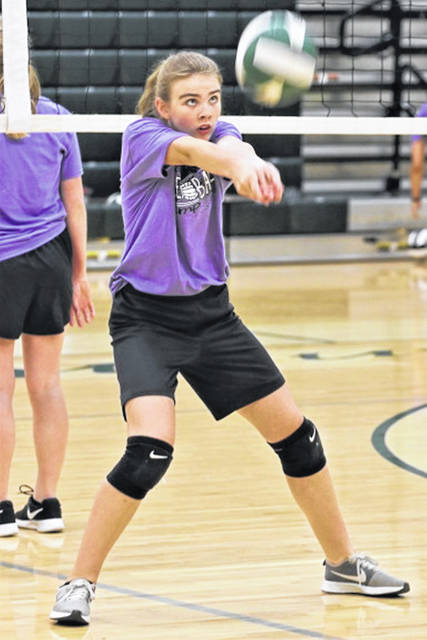 “It starts with good fundamentals and this is where it starts, down here at your middle school programs,” said Hardesty. “It is important for me and my coaching staff to get these girls started on the right foot. It’s only going to help us as the season’s progress for them.”

“These girls will potentially play for the school team in the fall,” Hardesty noted. “It can be a very sophisticated game, it can be a very simple game, but if you want to win sets, and then win matches and win tournaments and seasons you have to learn the more complex part of the game.”

The three day camp was under the direction of Match Point Volleyball led by Randy Schmidt of Bellefontaine and Cleveland’s Casey Marcelo.

“This camp is important to getting their season started fundamentally,” said Hardesty. “We have to have some kind of basis going into the season just to prepare the girls.”

“Volleyball is not an easy game,” Hardesty added. “It’s a fun game and it can be a frustrating game when you are first learning, so bringing Match Point in to get them started fundamentally has been a really good thing the last couples of days for these girls.”