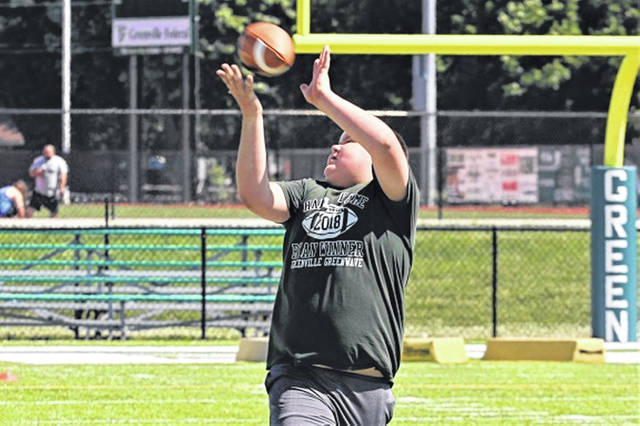 “The kids are having fun learning the fundamentals,” Coach Schmitz said of the successful camp. “The main focus is just enjoying their time here, having some fun – learning some things is a bonus.”

The camp is designed to instruct the basic fundamentals of football to second through sixth graders, and for many of the campers, it was their second football camp of the summer with the completion of the 26th Annual Matt Light All-Conference Football Camp several weeks ago.

“We are teaching the fundamentals of how to get in the proper three-point stance, how to run good routes, how to take handoffs,” said Schmitz. “Just getting down to the fundamentals and making sure that they understand what it takes to play this game and keep yourself safe also.

“We have 15-20 high schoolers out here every day,” Schmitz stated. “They do an outstanding job interacting with the campers and it is really good for these young kids to see the older kids taking the time to spend with them knowing that they will eventually be at that point sometime as well.” 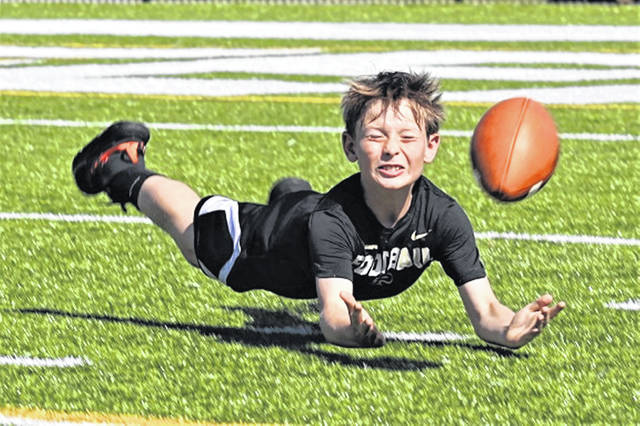 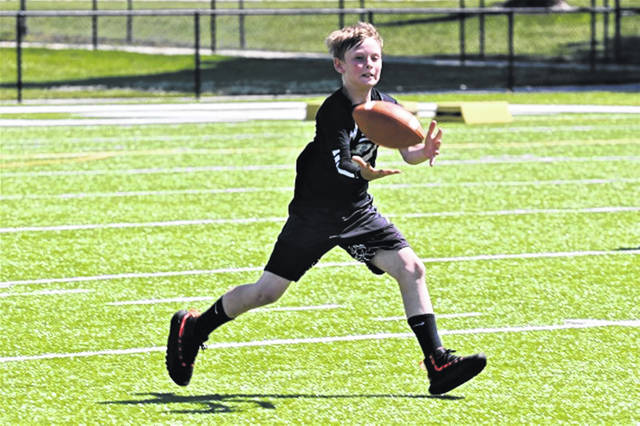 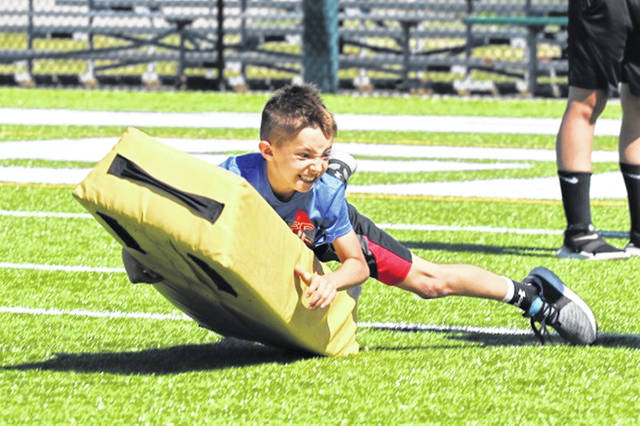 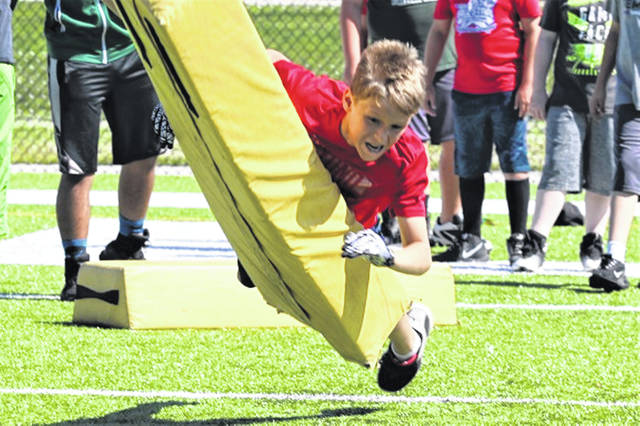