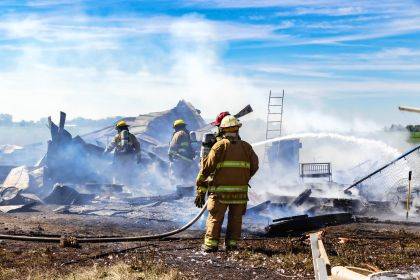 NEW MADISON – A three-alarm fire heavily damaged a home Saturday morning after spreading from a barn used to house poultry and rabbits. At approximately 10:05 a.m., emergency personnel from New Madison Fire and Tri-Village Rescue as well as multiple mutual aid departments from Darke and Preble counties were dispatched along with deputies from the Darke County Sheriff’s Department to 2361 Ritenour Road in reference to a fully involved barn fire with exposure to a nearby residence. Firefighters arriving on the scene reported heavy smoke and flames coming from the barn and a working structure fire that had spread to a nearby mobile home.

Levi Back, who was home along with his roommate at the time of the fire had just awakened when he noticed the smoke and flames that had begun to spread to the mobile home from the nearby barn. “I woke up to to get ready for work and looked out my back door and saw the fire blazing. I had to run and get my phone and called 911. I woke up my roommate and told him we have to go,” he stated.

Multiple ducks, turkeys, chickens and rabbits were housed in the barn in which some were lost in the blaze. “I’m not sure what all of my animals I have lost yet,” commented Back. “We grabbed as many as we could. I think most of my rabbits and ducks made it out okay but I lost most if not all of my chickens. There was around twenty of them,” he added. “I think what had happened was one of my turkeys or larger chickens knocked over a heat lamp I was using. It’s the only thing I can think of that would have caused it.”

The American Red Cross was requested to the scene to assist with the residence of the property who were displaced by the fire. 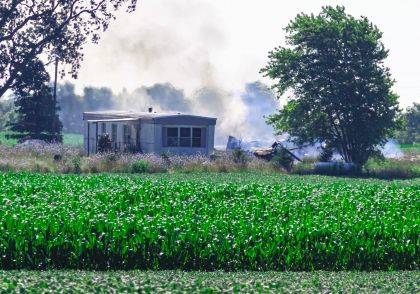 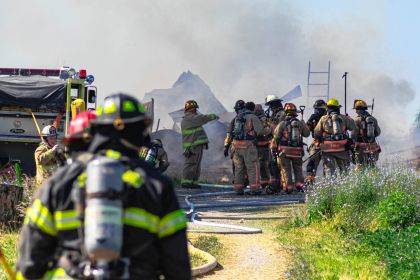 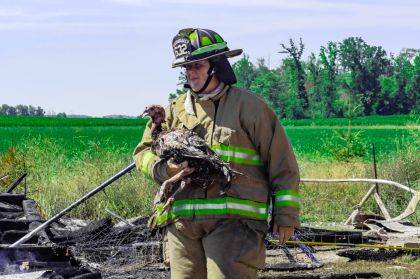