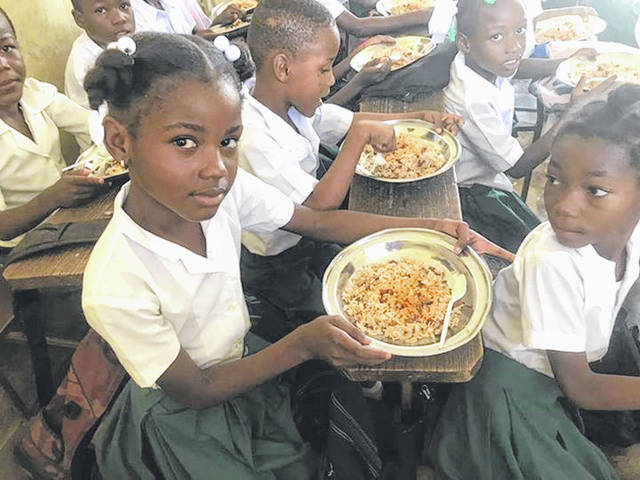 Mike and I and some of our grandkids went to Haiti for a couple of days over the Fourth of July holiday to attend graduation at the Becky DeWine School in Cité Soleil. It has been six years since we were there for the first graduation, so we wanted to go back to see how the school and kids were doing.

We made our first trip to Haiti in 1995, when Mike was in the U.S Senate. He was on the Senate Judiciary Committee so he went with Senator Specter to see the huge drug problem in Columbia. Then we stopped in Haiti on the way home because we had American troops stationed there. We were totally blown away by the poverty we saw. We started helping in some of the many orphanages across the country. By chance, through a friend, we met Father Tom Hagan at his volunteer house in Haiti.

Father Tom, a cheerful Irish priest from Philadelphia, had been chaplain at Princeton University, and, by his admission, lived a pretty comfortable life. He used to take some of his students to Haiti, and soon realized he needed to devote his life to helping there. He worked in Gonaïves and the northern part of Haiti at first — digging wells to fill a huge cistern on the side of the mountain, and allowing the farmers to dig irrigation ditches. He built an agricultural center there as well where he teaches and helps farmers with better agriculture methods and better seed. Through his efforts, that whole arid section of Haiti was transformed into lush productive farm land. He continued to help communities dig wells. But he also saw true need in Cité Soleil.

Cité Soleil is a very poor slum in Port au Prince. It was built on a landfill by Papa Doc to get the poor beggars away from the cruise ships when they came in. The conditions there are unbelievable. People live in little corrugated metal and cardboard shacks with dirt floors. A half million people live in just a few square miles. Rats far outnumber people. Older children stay awake at night to protect younger ones from the rats. They have very primitive water and sanitation. But what Father Tom saw was so many children there who were not in school, and so much malnutrition. He decided to start a school there. He started with the kindergartners first — inviting the parents to send their children to his school. It was free, and the children would receive a meal every day.

When we met Father Tom 20 years ago there were about 150 kids in his school. The oldest ones were then in second grade. Parents helped keep the school clean, helped make uniforms, and went to literacy classes themselves. We told him we wanted to help with his school, and that we wanted to do something in memory of our daughter Becky. We felt helping the poorest children in the world would be something she would truly love. Father told us he raised most of his money doing mission appeals. So we told him if he had a mission appeal in Ohio, to let us know and we would get our friends together and help raise some more money for the kids and the school. And I told him I would send down Christmas presents for all the kids.

Now there are eight campuses, with a total of more than 5,000 children in the Becky DeWine School in Cité Soleil. Last week we went back for their seventh high school graduation. About 140 kids, dressed in white graduation gowns with green trim, received their diplomas. They were especially proud this year because their academic team actually won the nation-wide competition, beating out the really good schools from all over the country! They had a lot to be proud of!

While we were there we all helped distribute the Christmas presents that we had sent down last year. Even though I sent them in early October, they didn’t make it through customs until the end of January. There has been a lot of violence in Cité Soleil, so school had to close for a while and most of the presents didn’t get distributed. We all had fun making it “Christmas in July” for them! This weekend our same friends are again having a fundraiser to help keep the school going strong. These children’s future really depends on the education they get. And maybe one of these kids will become a leader to help Haiti out of its desperate poverty.

The kids at the Becky DeWine School get a meal every day. For so many of them, it is the only meal they receive. It is usually a meal of rice and beans, fairly plain and simple, but there is a sauce that goes on top of it that has chicken or fish or another protein, plus lots of onions, peppers and whatever vegetables are available.

We’ve been able to supplement the meals now because Father Tom has a farm up North where he raises chicken as well as fruits and vegetables. On one of my early trips to Haiti, Father Tom took me to a place where mothers were mixing bouillon and spices with mud in 5-gallon buckets, and making mud cakes to dry in the sun so they would have something to put in their children’s mouths when they were hungry. We hope with our schools, this will never happen again.

As Mike and I travel around Ohio we meet so many great people who share their mission experiences with us — around our state, our country, and all over the world. Doctors and nurses, and just average people love to just go help where they are needed — some through churches and some through civic groups. We love the Ohio spirit of helping where you are needed — whether in your neighborhood for tornado or flood relief — or across the sea. And wherever we are, we want to make sure the children are fed!

Bring the water and beans to a boil, and simmer gently, covered, for about 90 minutes. Beans should be tender, not mushy. Cool, drain the beans and reserve the liquid.

2 onions, chopped (or shallots or scallions)

Gently heat oil in Dutch oven. Chop together parsley, garlic, onion and salt. Add to oil and cook and stir over medium heat for about 3 minutes. Stir in:

Stir until well coated with oil.

Heat oil in saucepan. Cook and stir onions, peppers and garlic for about 2 minutes. Add:

juice of one lemon or lime

Cook and stir for 3 minutes. Add:

*I cooked 4 chicken thighs in about 2 quarts water for 1 hour to make nice broth and meat.

Simmer for 20 minutes. Ladle over rice and beans. 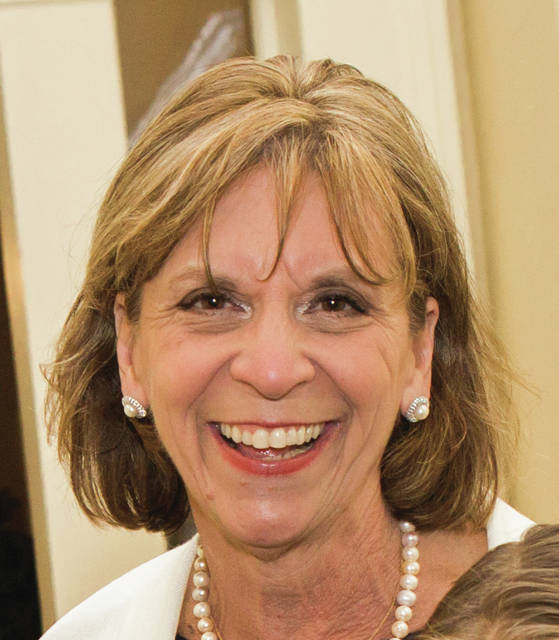