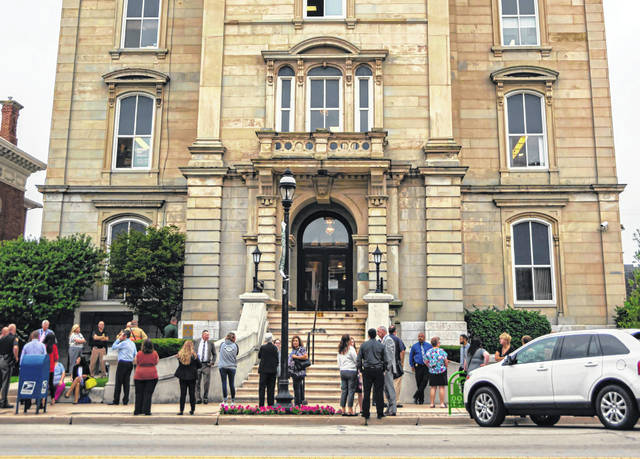 At approximately 10:25 a.m., emergency personnel from the Greenville City Fire Department, along with deputies from the Darke County Sheriff’s Office and officers from the Greenville Police Department responded to the Darke County Courthouse located at 504 South Broadway in regards to a smoke alarm. According to the Greenville City Fire Department, initial reports of the smoke alarm proved to be a false alarm. Dust from ongoing construction at the courthouse had triggered the alarm leading to the evacuation of employees. Firefighters, however, did discover the use of gas-powered equipment on the lower level of the courthouse, which prompted an investigation that led to the discovery of dangerous levels of carbon monoxide throughout the building.

“The carbon monoxide was a secondary issue that was discovered after we arrived that quickly became our primary issue,” stated Lt. Brad Wilcox of the Greenville City Fire Department. “High levels of carbon monoxide were detected throughout the building that we luckily avoided any sickness or complaints from,” he added. “We were able to ventilate the building and reopen it without any further complications.”

The Darke County Courthouse was cleared and reopened to employees and the public at approximately 11:30 a.m., nearly an hour after the initial evacuation.