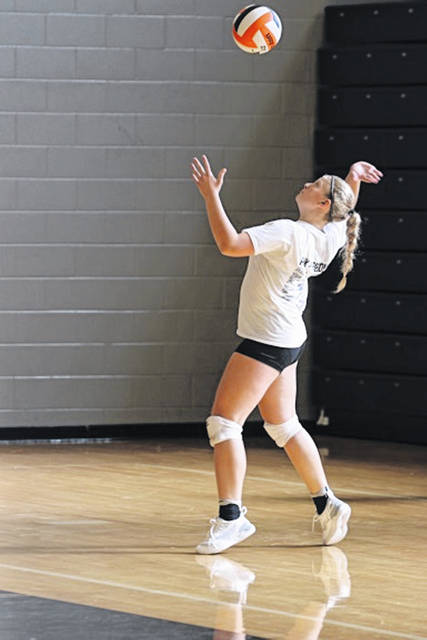 “This is the first time we a have had the tournament,” said Arcanum head volleyball coach Macey O’Dell. “We are running it as a JO tournament. We have the pool play in the morning and we have a tournament in the afternoon.”

Arcanum and Franklin Monroe were coming off a combined two day volleyball camp at the Arcanum school led by Wittenberg University and Otterbein University coaches.

“Wittenberg and Otterbein coaches were here to help us,” said FM Lady Jets coach Angie Filbrun, “so we have been busy the last two days,”

“Today is kind of like a reward,” Filbrun added. “Lets us show what we’ve learned and come out here and have a good time.”

“Arcanum is hosting the Summer Tournament which allows us to play teams we won’t normally see throughout the season,” said Greenville coach Michelle Hardesty. “We are basically using different lineups trying to find some consistency in what we are doing.”

“There has really been some good caliber of ball down here so we are getting pushed and challenged,” Hardesty noted. “That is what you want in your preseason.”

Franklin Monroe returns the heart of their line up from a team that completed the 2018 season with a 20-5 record. 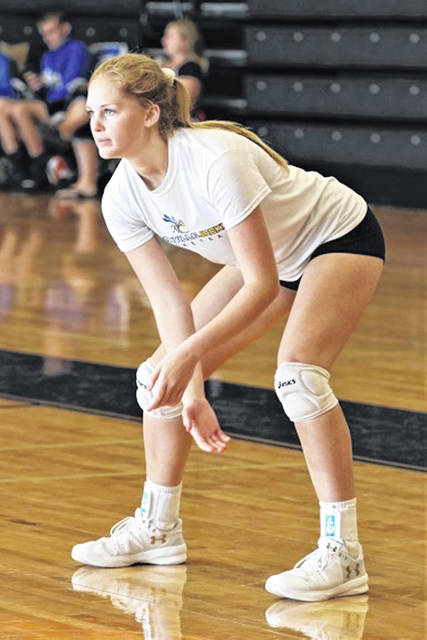 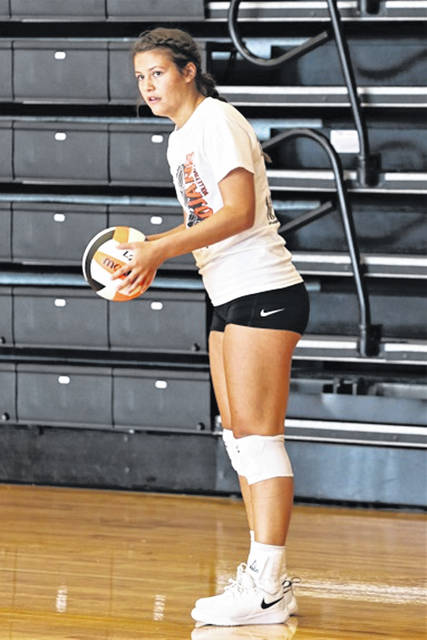 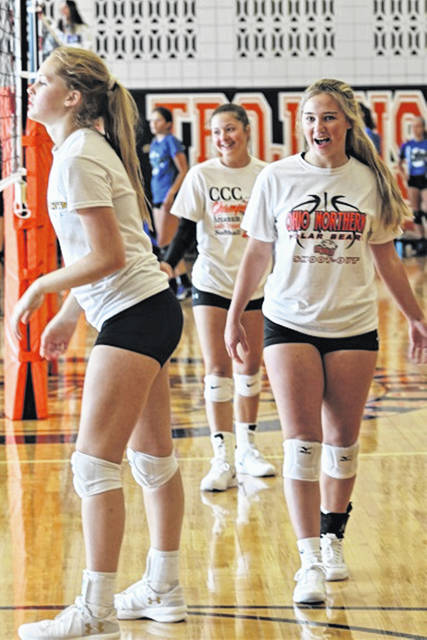 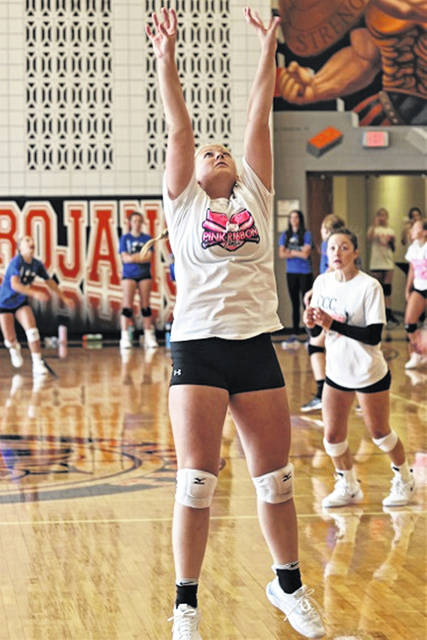 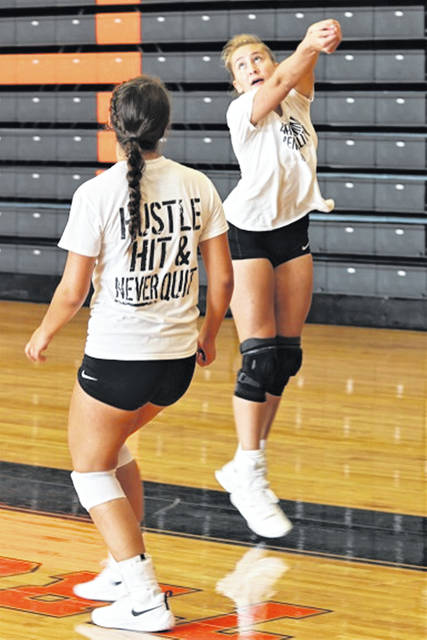 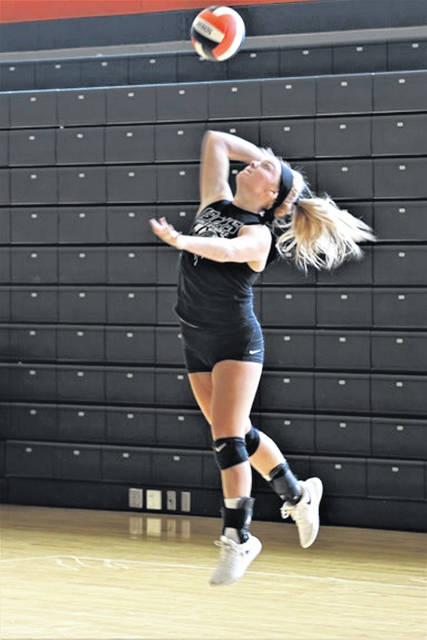 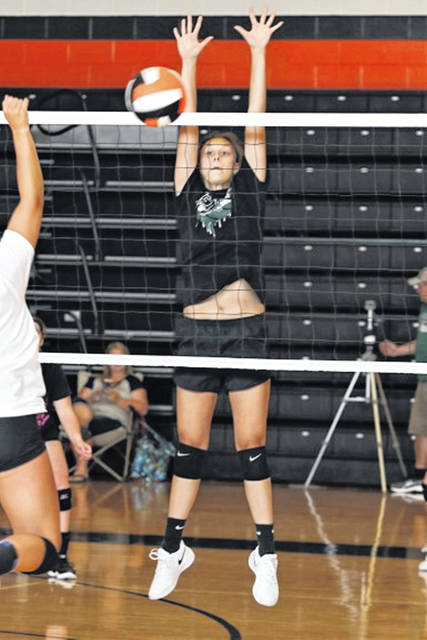 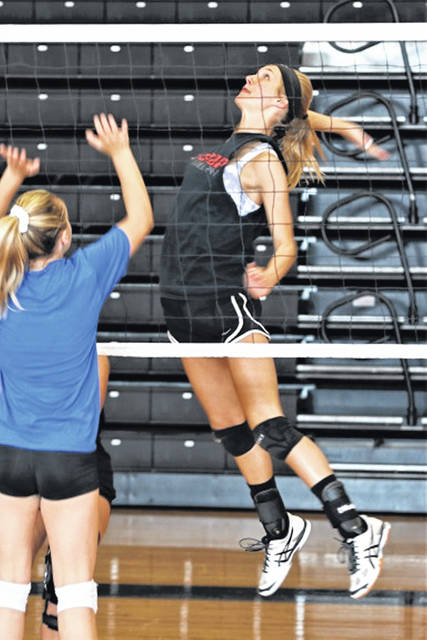 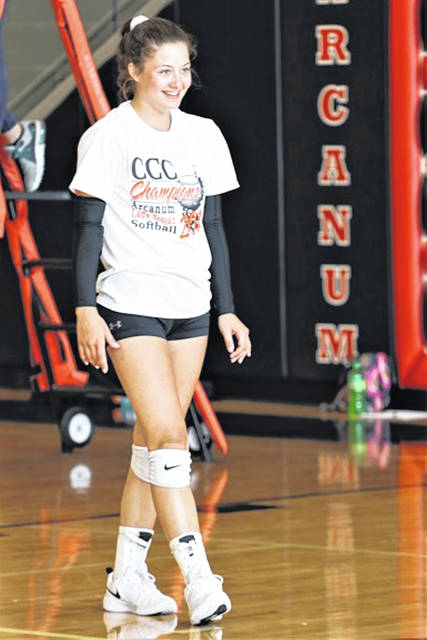 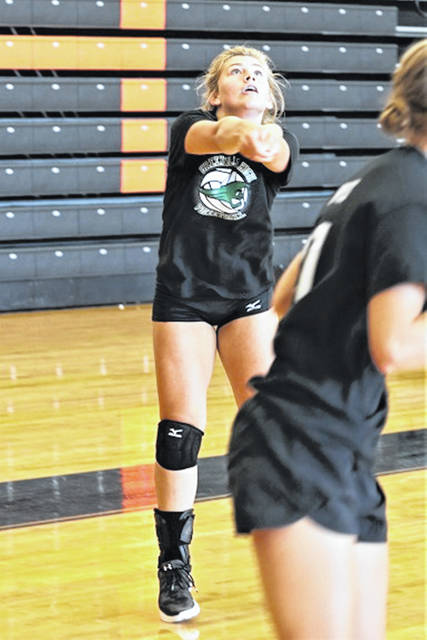 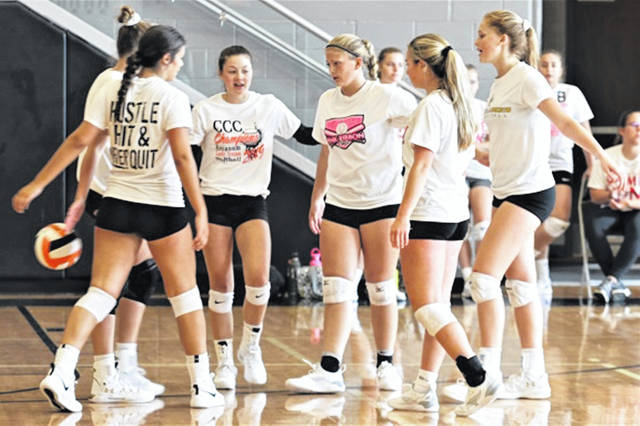