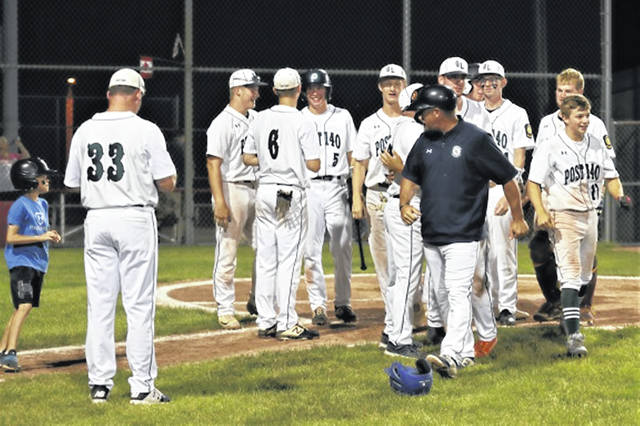 “That’s why you play the game,” said Greenville Post 140 coach Chad Henry. “We didn’t have it going early on but we challenged the kids. We won the first two against Troy and lost the next two. We challenged them – this is the rubber match, they’re going to give us everything. We gave them everything we had and came through in extra innings – made it happen.”

Trailing 5-3 with two outs in the bottom of the seventh, Greenville rallied by taking advantage of back-to-back wild pitches to plate 2-runs sending the game to extra innings with the score knotted at 5-5.

With Post 140 playing as the home team, Greenville would score the deciding run in the bottom of the eighth with a wild throw into Troy’s dugout to hand Greenville Thunder head coach Chad Henry a birthday present to remember, a 6-5 tournament win over Troy at Troy’s Duke Park.

“I told them, you guys aren’t going to let me go home with a loss on my birthday, are you,” Henry said. “We started down 5-0 and it wasn’t looking good. We challenged our guys. You have four at-bats at this, you have three at-bats at this, chip away. You don’t have to get them all now.”

“You tell your big hitters you don’t have to hit a 6-run homerun here,” continued Henry. “Just get on base and put it on the next guy, play for the guy next to you and good things will happen.”

Sloppy play and timely Troy hitting had Greenville staring at a 5-0 deficit after four innings with Post 43 plating a run in the first and four in the top of the third.

Facing two down and no one on in the bottom of the fifth inning, Greenville used a Trent Collins single to center, a Reed Hanes single to left and a RBI single to center off the bat of Jarin Young to trail 5-1 bringing a pitching change from the Troy dugout.

Tytan Grote greeted the new Troy pitcher with a 2-run single scoring Hanes and Young sending the teams to the sixth inning with Greenville trailing 5-3.

Both Post 43 and Post 140 would go down in order in the sixth setting up what would prove to be the start of Greenville’s dramatic come-from-behind victory.

Tyler Beyke led off the bottom of the seventh with a single to left, followed by back-to-back strikeouts putting Greenville in a deep hole with two down and Troy needing a final out to end Post 140’s 2019 season.

A routine grounder to second off the bat of Young had Troy throwing into the Greenville dugout as Young dove headfirst into first with what looked like to be the game-ending out only to put Beyke on third and Young on second.

Beyke raced home by way of a Troy passed ball with Young scampering to third making it a 6-5 game setting up the game’s tying run with Young scoring standing up on the back-to-back Post 43 passed balls, sending the game to extra innings.

“We were aggressive, we got it done,” Henry noted. “It’s about being smart. The runners weren’t that aggressive at the beginning but you had two outs, Jarin Young was hauling around third base and forced that bad throw.”

Troy used a single, a passed ball and a sacrifice fly to put a runner on third with two down in the top of the eighth only to be stranded with Tim Lawson throwing heat on a 3-2 count to get strikeout looking bringing Greenville to the plate in the bottom of the eighth.

Stastny led off the ninth with a hard grounder up the middle with the Post 140 speedster immediately stealing second and going to third by way of a Troy error and walked home on back-to-back Troy errors with the ball going into the Troy dugout giving Greenville Post 140 the dramatic 6-5 win to advance in tournament play.

“We got in a favorable count here with Logan (Stastny) at second and he made a good aggressive play and sure enough, this nimble old man that just turned 41 got out of the way of that ball and let it go in the dugout.’

Tim Lawson picked up the win for Post 140 in relief, pitching 4.0 innings of shutout ball, allowing 2-hits, 2-walks and 3-strikeouts.

“Timmy (Lawson) was nails,” said Henry. “Timmy started off the season really good. He came out and threw gas, he attacked the zone.”

Greenville improves to 26-14 with the win over Troy Post 43.

“It’s been an uphill climb,” Henry said.” I love it, the program is getting better, we’re getting good talent in here and this is fun baseball.” 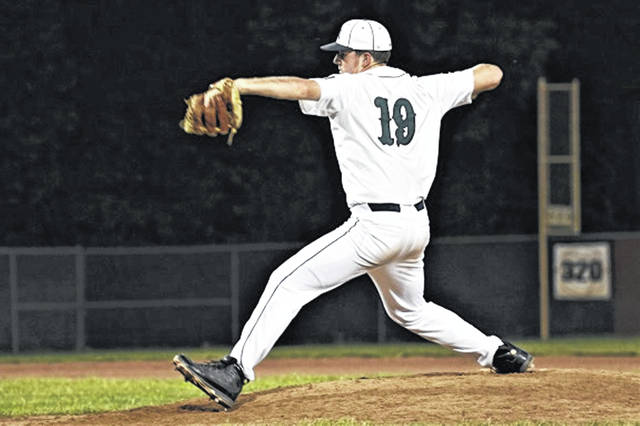 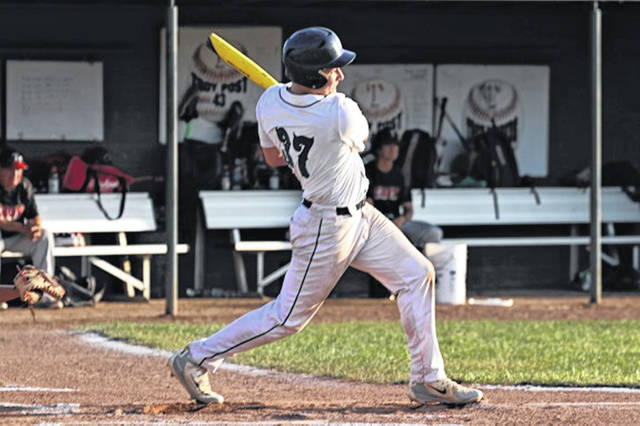 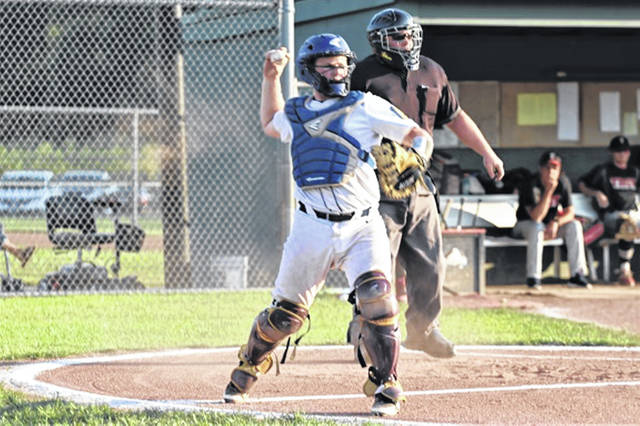 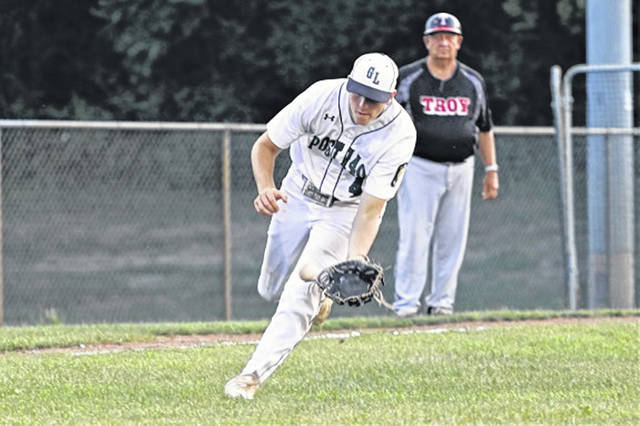 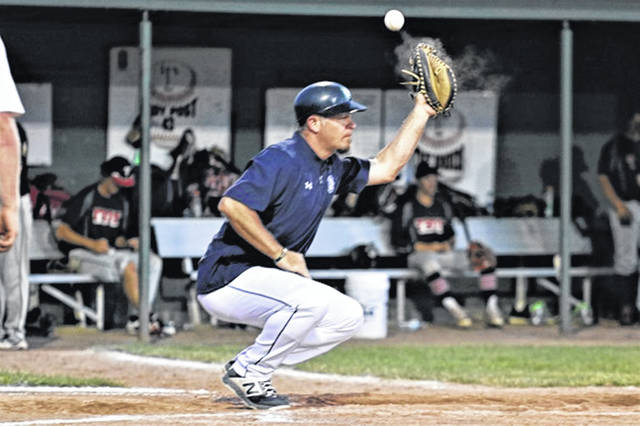 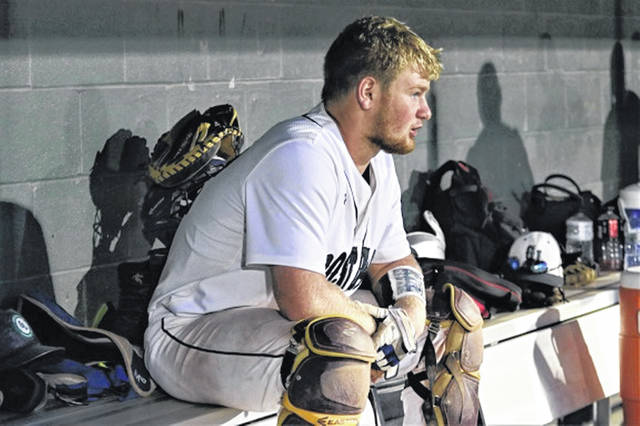 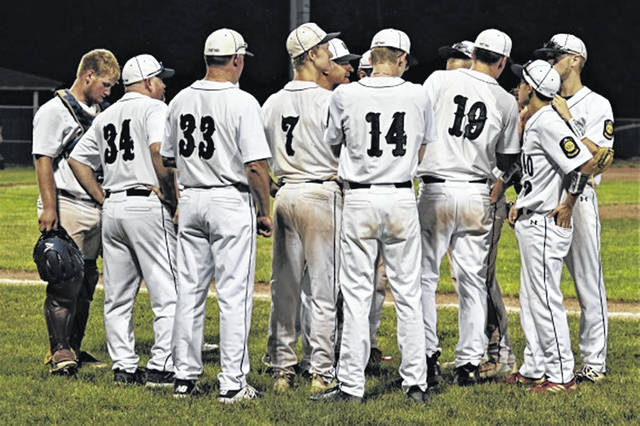 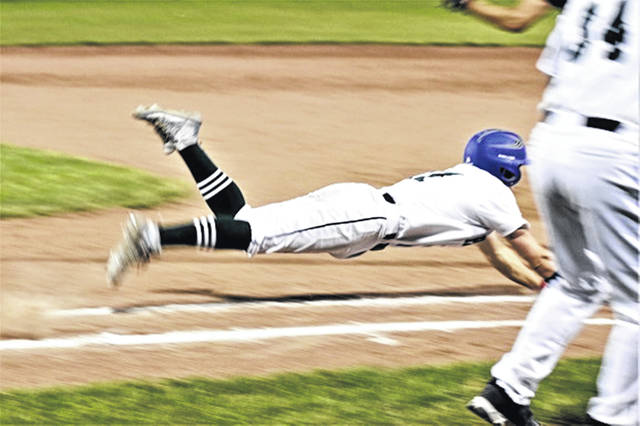 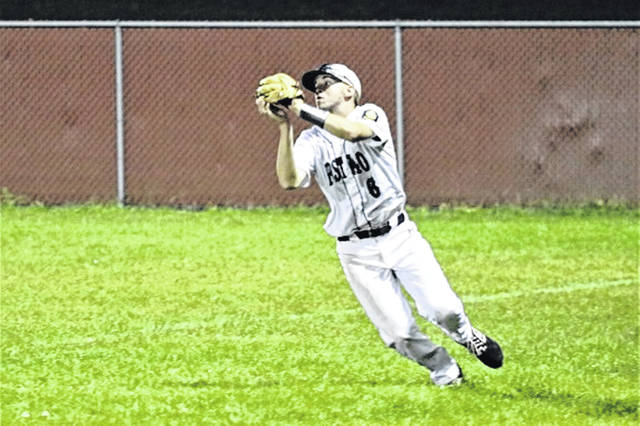 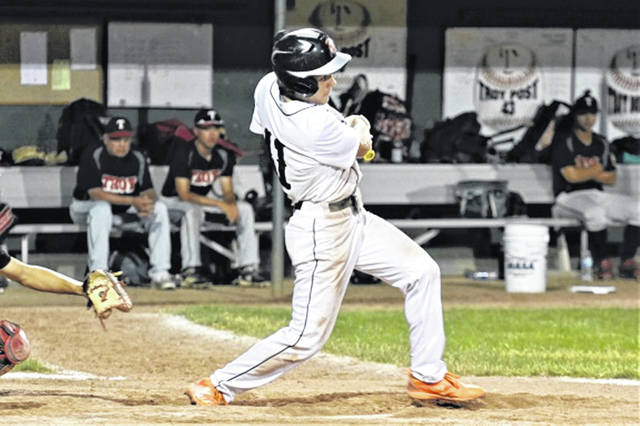