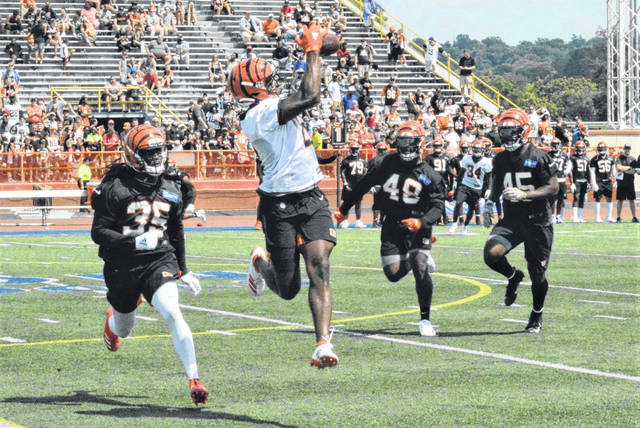 The Cincinnati Bengals opened their training camp at Welcome stadium in Dayton this past Saturday. This was a tip of the hat for the Dayton Triangles who were the first professional football team early in the last century and played in the first game against the Columbus Panhandles which they won 14-0. Their league would eventually become the NFL. So to celebrate 100 years of professional football since this first game, the Bengals made a trip up 75 to commemorate the occasion.

Although the practice was slated to be only an hour, players trickled onto the field well beforehand. And several of the position groups were doing walk throughs and light drills about 30 minutes before the official start of practice. The practice was ran on a tight schedule – timers at each endzone marked the time for each segment. An airhorn sounded when it was time to move on to the next set of drills.

There was a familiar feel to the progression of the drills. A team warm up, then they break down to the different groups who then work on technique and footwork for their particular area of offense or defense, finally some scrimmaging at the end. Same as high school and college teams. Even seasoned pro’s did simple drills for their position. Then the team progressed to a team 7 on 7 and finally 11 on 11 at the end of practice.

11 on 11 was a fan favorite for the 7500 or so that came to watch. The players put out a good effort with receivers diving to make catches at times and corners leaping in the air to break up plays. So it wasn’t like they were going through the motions just because this was a practice. Oh and seeing the 4.5 speed of some of the running backs was awesome when they burst through a hole and turned on the afterburners.

The most fun was at the end of practice. A good many of the players went to the rail to sign autographs. Joe Mixon (with his gold – yes that is right gold shoes) was definitely a ham. Took selfies with the fans and signed autographs for many of the kids. He had a good time. The only blemish on the day was a couple of injuries, one player was nursing a calf injury and AJ Green went down during the 11 on 11 and looked to have injured his ankle or foot.

New coach Zac Tayler was happy with the workout at Welcome Stadium. They are learning a new system. “The focus of the players was learning from their mistakes today – don’t make the same mistake twice. Overall they did well. We are excited to be out here. We felt a lot of excitement from the fans.

He continued, “Practice-wise this is a new environment for everyone. It’s day one and we are working to get back into football shape. We have to be at game speed everyday and work to improve everyday. What we do at practice carries over into games.”

Overall it was fun experience for Dayton area fans, it would be great if the Bengals could work in similar fan friendly experiences like this in the future. 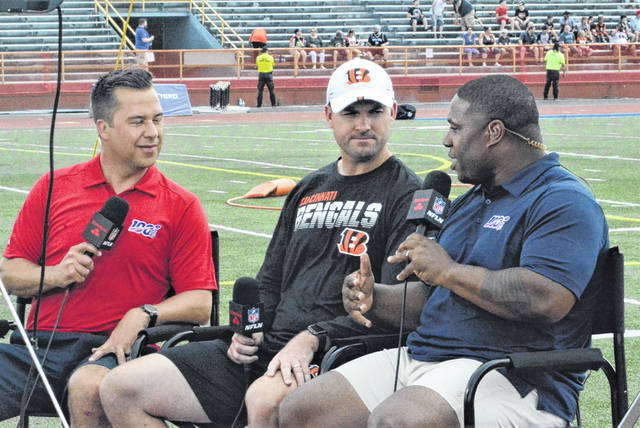 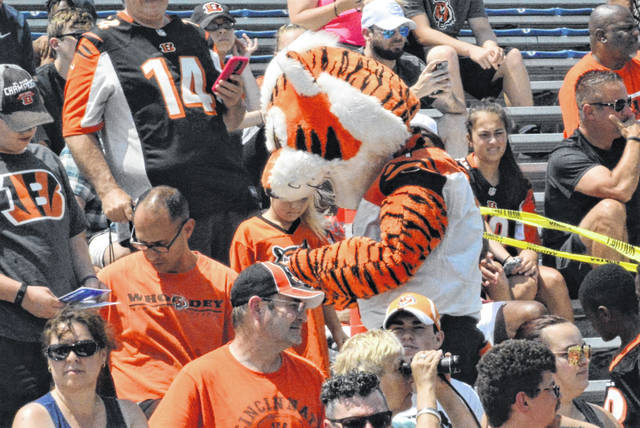 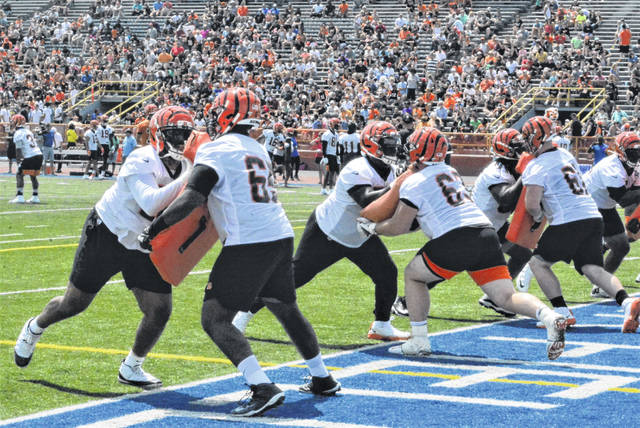 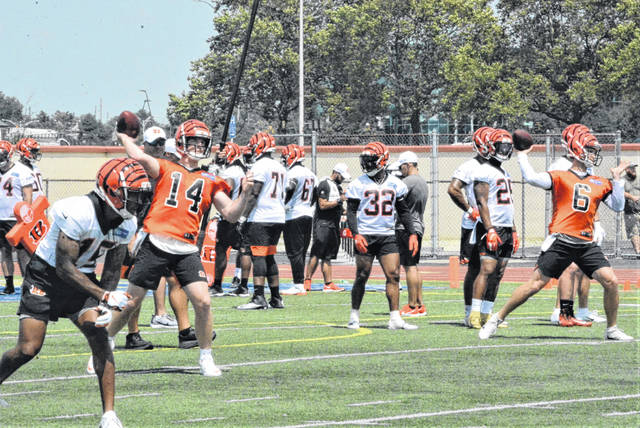 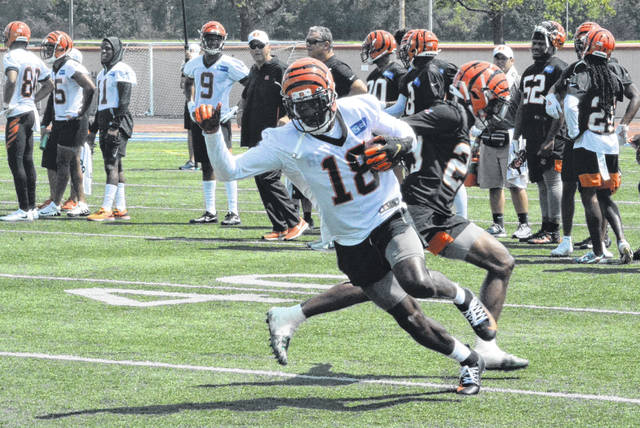 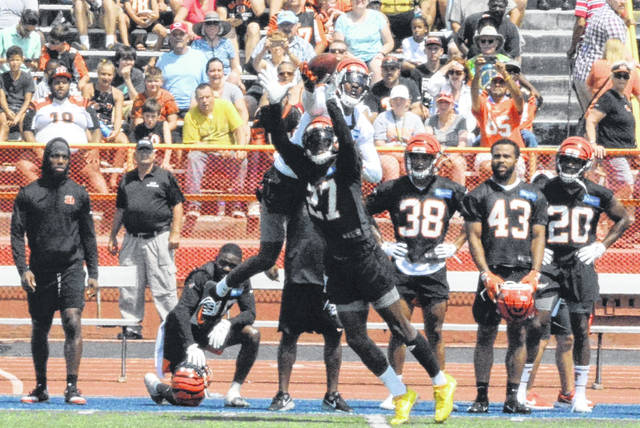 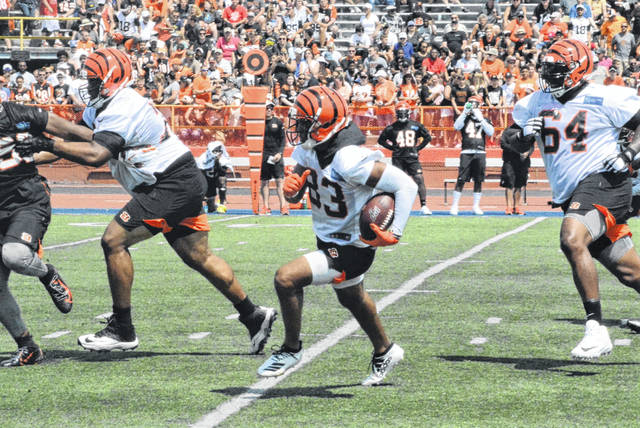