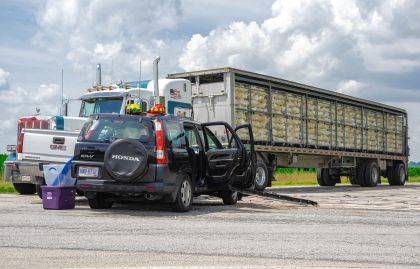 BUTLER TOWNSHIP – A driver was transported by MedFlight Monday morning after being involved in a three-vehicle crash at the intersection of Ohio State Routes 722 and 726. At approximately 11:49 a.m., emergency personnel from the New Madison Fire Department and Tri-Village Rescue as well as mutual aid from North Central Rescue of Eldorado, Northwest Fire of New Paris and MedFlight responded along with deputies from the Darke County Sheriff’s Department to a three-vehicle injury crash.

According to the Darke County Sheriff’s Office, a preliminary investigation into the incident revealed a white GMC Sierra driven by Douglas Stahl, 61, of Piqua, and owned and operated by Darke Rural Electric was traveling westbound on State Route 722 when the driver failed to notice and pulled out into oncoming traffic colliding with a black Honda CRV driven by Tara Krupp, 28, of New Madison, traveling southbound on State Route 726. Both vehicles collided with a white Peterbilt semi-tractor and trailer, driven by Roland Keeney, 58, of York, PA, and owned and operated by Melhorn Trucking out of Mount Joy, PA, stopped facing eastbound on State Route 722.

Both drivers of the Peterbilt and the GMC Sierra were examined on the scene by North Central Rescue before refusing any further treatment and transport to a medical facility.

Stahl was issued a citation for Failure to Yield Right of Way. 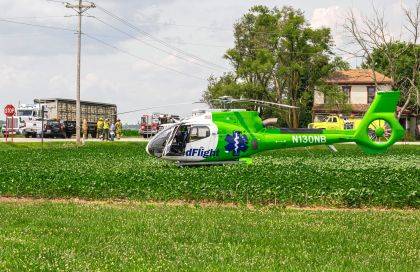 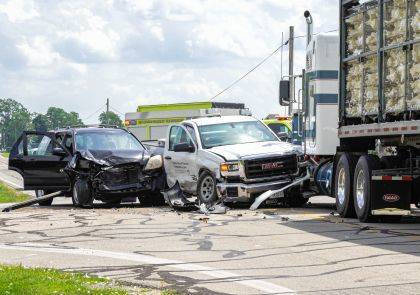