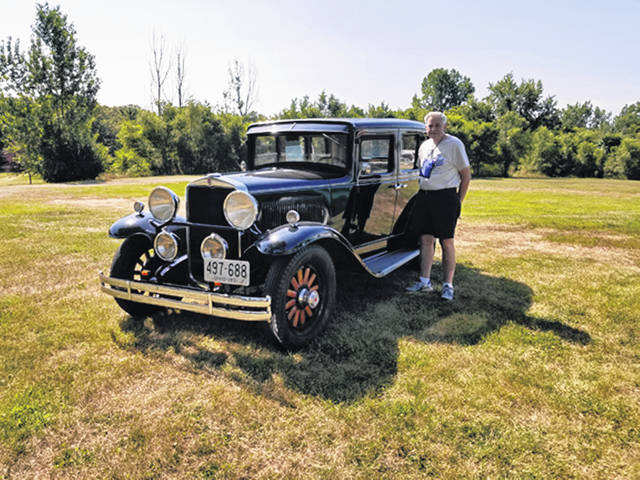 GREENVILLE — Anyone traveling around the Miami Valley may have noticed a bit of history on the road.

The Hupmobile Club has been enjoying a fun-filled itinerary this week. They’ve visited an assortment of locations including, but certainly not limited to, the Armstrong Air and Space Museum, the Bicycle Museum of America, and Carillon Historical Park.

On Wednesday, the group visited KitchenAid before making a stop at the Garst Museum. It was at the latter that the group parked their Hupmobiles, catching the eye of individuals walking or driving in the park. Some took a moment to take pictures and ask questions. Others ogled the unique line of vehicles in silent admiration.

It takes a lot of work and years of planning, but members of the Hupmobile Club visit a central location and visit hot spots and notable destinations within the area annually. A member of the club volunteers to host, and this year Jack and Claire Dwyer of Centerville were at the helm.

Jack’s passion is evident given the knowledge he shared about each car in the touring group and the history of the vehicle starting with its founder, Robert C. Hupp.

Hupp was a former Olds Motor Works, Ford Motor Company and Regal Motor Car Company employee before setting out on his own. Manufacturing of this unique vehicle began in 1909 and was done in both Detroit and Cleveland.

A keen eye for detail, Jack pointed out the differences between each of the twenty-some Hupmobiles parked outside the museum. The models range from Coupe, Sedan, and Touring with notable luxuries (for the time) from an ornate dash to pull curtains. Several models featured wooden wheel spokes with a logo on the hubcap signifying it as a four, six or eight-cylinder.

The Dwyer couple has owned their 1931 Hupmobile for about two decades. It was manufactured in Cleveland and has around 46,000 miles on it. Low considering its age and the fact the couple participates in the club’s varied, annual destinations. Some of those destinations have included San Diego, Virginia, and New York.

The interest for Jack stems from the fact he simply wanted one. The kids were grown and married, “I wanted one, and I wanted one that looked like a 1920s car, like Al Capone.”

Claire noted her husband’s like for things a little bit different, the Hupmobile filling that description since they are, “a little more unusual than a Model T Ford.”

Jack went on to explain his search for a classic vehicle took some time due to the fact he did not want to restore one. “I wanted to buy it and drive it, and it happened to be a Hupmobile.”

The couple found their Hupmobile for sale in South Bend, Ind., and several months later bought it.

After their visit at the Garst Museum, the Hupmobile Club members were set to have lunch at The Bistro before heading to D & D Classic Automobile Restoration in Covington. They try to take in two to three events every day for five days with a banquet rounding out the tour.

According to the club’s website, there were 500,000 Hupmobiles manufactured from 1909 to 1940 when they stopped production as the result of slow sales and World War II.

The Hupmobile Club has over 650 members in more than 18 countries. 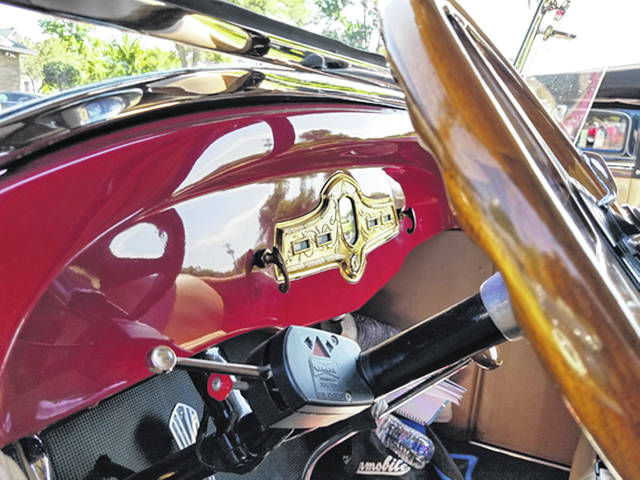 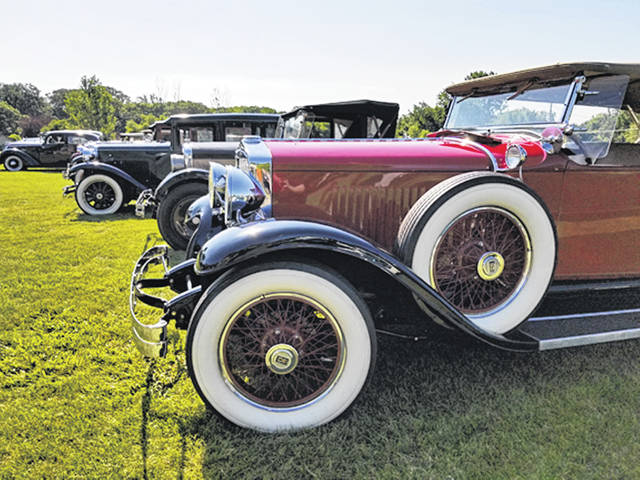