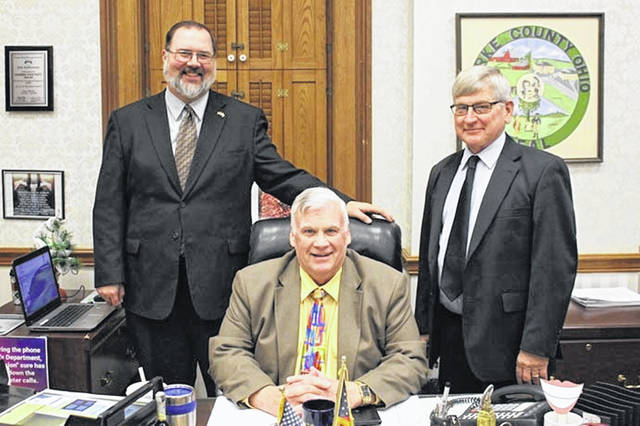 According to commissioner Matt Aultman, the TCAP program is in keeping with the state’s move to keep “low level” criminals out of the prison system by offering alternative treatment programs.

Darke County, Aultman said, is one of 61 of Ohio’s 88 counties to participate in the TCAP program, which focuses on treating the individual and not the charge they are facing.

According to the study, conducted by Shelby Slaven, a graduate student at The Ohio State University, Darke County is seeing fewer repeat offenders since applying changes outlined by the state legislators beginning in 2011.

The county receives TCAP funding every month to implement treatment programs, including paying for additional probation staff to work with low level offenders, the majority who are felony 5 drug offenders as well as for drug testing and jail-based education programs.

The study looked at a variety of elements relating to those who offend, including their drug abuse history, family relationships, education, and employment history.

At the completion of the study, Hein noted the need for extended treatment programs for local offenders.

“No one can be successful with an eight-week class. It’s a longer term solution,” he said, also noting the need for additional mental health and health-related services.”

Wednesday’s agreement signed by commissioners will allow TCAP funds to continue to come to Darke County for fiscal year 2020 through June 2021.