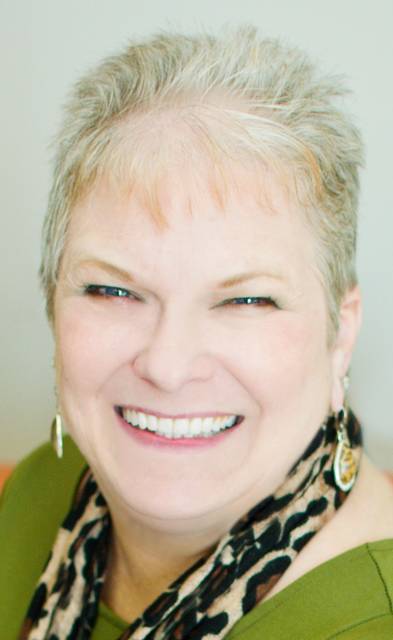 This last week has been the hardest week of my life and also one of the sweetest-filled of memories and accolades from my friends, family, and acquaintances from many years ago. Just in case, you hadn’t heard, I lost my husband, Kevin D. Rhodehamel very unexpectedly to a massive heart attack on Thursday, July 25.

It’s a Wonderful Life! was his all-time favorite movie at Christmastime and I can’t help but think that while I was reminiscing with friends and family this past week that I don’t think I realized just how wonderful our life really was these past 40-plus years. You see we met at Arcanum High School, he was the handsome guy with dark hair and brown eyes that sang bass in Trojannaires and I was the blonde who sat at the piano and accompanied each and every song. He came to my rescue in April of 1974 during a Spring Concert when the wind blew in from the back stage door and took my music with it during the performance. He quickly jumped down from the risers and picked it up and placed it back on the piano so I could continue the song. And the rest they say is “history?”

Well, not quite; it was six years later before we got married in 1980. In the fall of 1982, we moved back to Arcanum from Cincinnati after he was finished at the University of Cincinnati. We started our family the next year with a son born in May of 1983, and then along came a daughter in 1985 and another in 1986. We were busy as you can imagine raising our little ones not realizing just how quickly they would grow up and start lives of their own.

Along the way, we volunteered with many different organizations in the community that involved the children and also became active at church. Kevin served as church trustee; basketball and softball score keeper, as well as assistant scout leader just to name a few. It seemed that years went by very quickly and from one Christmas to the next one came faster every year. He loved to sing and play the guitar and every holiday we shared that love with the kids as we drove to gatherings singing “Over the river and through the woods…”

Milestones like birthdays came quicker too as we aged. I specifically remember a 30th birthday party was just like yesterday and then just a year ago we were planning his 60th as a surprise party and was he surprised – he had no idea that he had influenced so many people on that night. He also never let me forget that I was 10 months older than him and when the children were little had them convinced that I had babysat him since I taught him to drive when he was 16 and I was 17 I wonder what he would have thought after this past week. There were so many people that came to share their sympathy and condolences this past week from all over the world. I guess we do not realize just how much of an impact we make in each others’ lives. The love we share and give with one another through the years people do remember and want to give it back when you need it. I read this week that hugs are the best, especially if they are from the right people. I will have to agree with that. Hugs do help, sharing stories and tears also make the loneliness and grief seem less hard.

My darling what a life we had – we were just starting to grow old together and now you are gone. I’ll never forget the wonderful moments we had traveling, raising our children and deciding where we wanted to go next. He was a licensed architect and he worked on hotels and resorts in many different parts of the world and even here at home in Arcanum. He volunteered quietly and designed the weight room and concession stand on the football field; a few years later it was the new press box. Most recently he had been in talks with Coach Randy Baker to do the press box at the new baseball and softball diamonds; this job never got off the ground but I know it would have been a labor of love for him. I also wish we had made that trip to see Falling Water in Pennsylvania or Taliesin in Arizona; my husband the architect loved Frank Lloyd Wright; he was his “idol” in the field and he had studied and visited his works during his whole career.

To most people, Kevin was very quiet and they considered a shy person. What they didn’t see was the Kevin that had a marvelous sense of humor and an uncanny knack for making people laugh. He never forgot a face and always had a special nickname for his friends and family. In some circles, he was also known as Stinky the Clown. When he became Stinky a whole new persona appeared; it was almost like he could say and do things no one would have expected or accepted from Kevin. He loved to clown and did it often for birthday parties, school and church events, and was more popular than Santa Claus at a Santa Breakfast a few years back.

Kevin also was a giver, in the end he was an organ donor and gave the gift of life to others. He will forever be remembered in our house as Husband, Father, and Papaw; but to the world he may have saved a life or two. What a hero you are to me and many others, my dear – It truly is a wonderful life! I will treasure it forever!