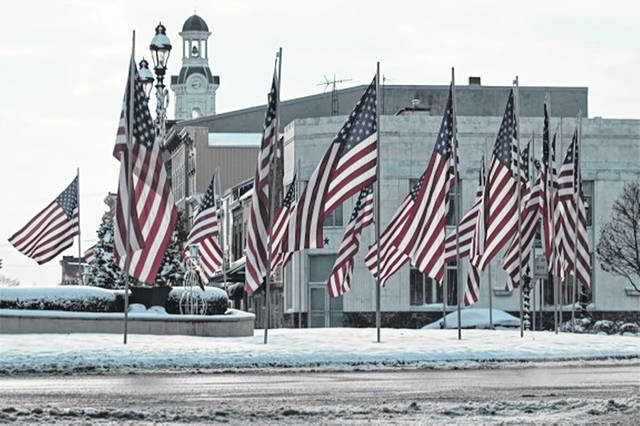 DARKE COUNTY — Calling a snow day on Tuesday, Nov. 12, said Greenville City Schools Superintendent Doug Fries, was the earliest he’s had to make that decision in a school year.

“….had fog days a couple times earlier,” Fries said, “We give five calamity days, then make up. President ‘s Day is a make up if we miss six days before that day.”

According to the National Weather Service (NWS) in Wilmington, Greenville saw a total of 4 inches of snow, which began falling late Monday afternoon.

Around 8 p.m. Monday, Darke County Sheriff Toby Spencer issued a Level 1 Snow Emergency – advising residents all roadways were hazardous and caution should be taken if travel was necessary.

By early Tuesday morning, the NWS extended its Winter Weather Advisory from 4-8 a.m. to 11 a.m.

As of mid-morning Tuesday, the county had only seen a few slide off accidents, said county dispatch and according to Chief Deputy Mark Whittaker, the state highways in the county were wet, but he urged travelers on other county and township roads to slow down due to “some ice” still on the road surfaces.

During all snow events, Whittaker said drivers should “watch what you are doing and use common sense while driving.”

Weather forecasters had been predicting the Veterans Day snow storm for about a week, but the total amount of snowfall wasn’t pinpointed past a possible 1 to 4 inches. In some areas, road crews were sent out to tackle more than expected.

“We were out last night (Monday) and again around 4 a.m. today (Tuesday),” said Greenville Street Superintendent Ryan Delk. “We put down 100 tons of salt and did some plowing.”

Delk said the city had nine road crews on Greenville streets for the season’s first measurable snowfall – which according to the NWS normally doesn’t happen until around Dec. 8 in the greater Dayton area.

Accompanying the snow was record-breaking frigid temperatures, which is affecting a large portion of the United States. A high of 32 degrees is predicted for southwestern Ohio for Wednesday – with a heat wave of 43 for Saturday. 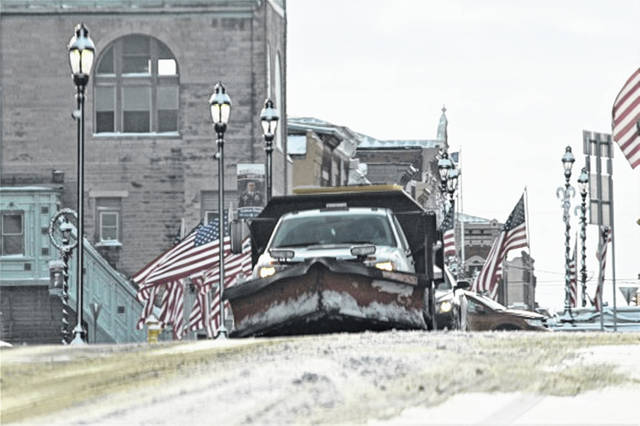