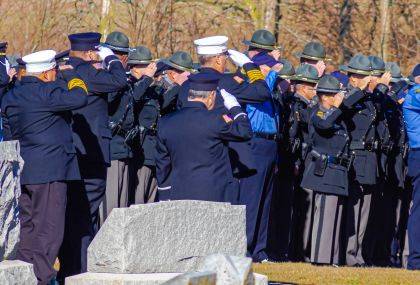 ARCANUM – Mourners from across the Miami Valley and beyond came to Arcanum on Tuesday and Wednesday to grieve with the Skelton family over the loss of Kimra Skelton, 49, while on duty as a Motor Carrier Enforcement Inspector for the Ohio State Highway Patrol (OSHP).

Skelton died as a result of injuries suffered in a crash on I-75 in Troy. She was parked in a crossover when her vehicle was struck by a Ford F-250 that traveled off the left side of road. Skelton had been a member of the Patrol since October 2005.

She is survived by her husband of 26 years, Brian, and her two children, Cole and Macy. She also leaves behind her parents, Gerald and Phyllis Miller; maternal grandmother, Martha Brumbaugh-Baker; in-laws, George and Barb Skelton; sister, Melinda (Joe) Martino, and numerous nieces, nephews, cousins and other relatives and friends.

Law enforcement and first responders from throughout Ohio and across the nation, as well as family and friends descended on Arcanum to pay their respects. The Arcanum Fieldhouse hosted a non-stop procession of well-wishers during the visitation on Tuesday that saw hundreds, if not thousands of people pass through the reception line to share their memories of Skelton or to offer condolences. For nearly five hours, the family was offered hugs, handshakes, prayers and words of encouragement.

The OSHP provided a detail for the service and its honor guard continually kept guard at the head and foot of the casket.

The funeral service on Wednesday continued the outpouring of love and respect from the community. The procession from the Arcanum Fieldhouse to Abbottsville Cemetery stretched approximately 150 vehicles deep with nearly 100 law enforcement, motor carrier enforcement and other first responder vehicles. The procession flowed beneath a huge American flag hoisted by Greenville Fire Department’s ladder truck.

Skelton’s passing touched lives far beyond the borders of Darke County and Ohio. A family in California that honors fallen law enforcement officers honored Skelton on Nov. 30. Tabitha Cornish and her 11-year-old twins created the 2019 Fallen Officer Tribute and are committed to honoring every law enforcement officer killed on duty. Cornish wrote, “We run one mile for every single Fallen Hero, but the true meaning of our tribute is to learn as much as we can about these heroes in their deaths, honor their memory, and spread awareness about just how very important they are to all of us Americans, especially in light of the ever growing disgusting hatred toward them.”

Several of Skelton’s family members expressed their “awe” on Facebook for the support they are receiving. 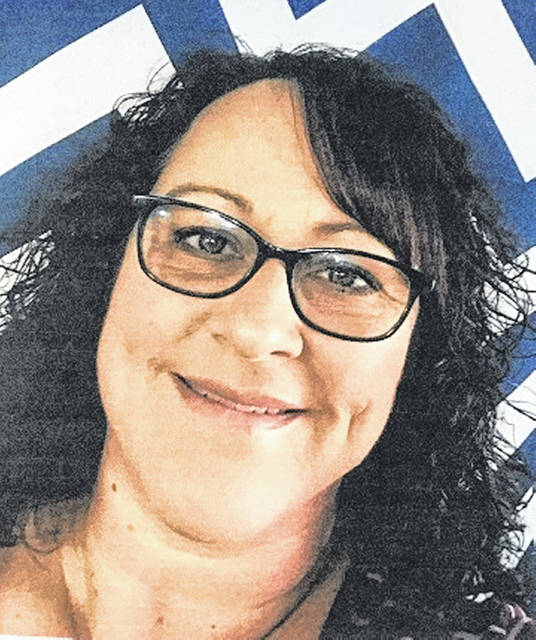