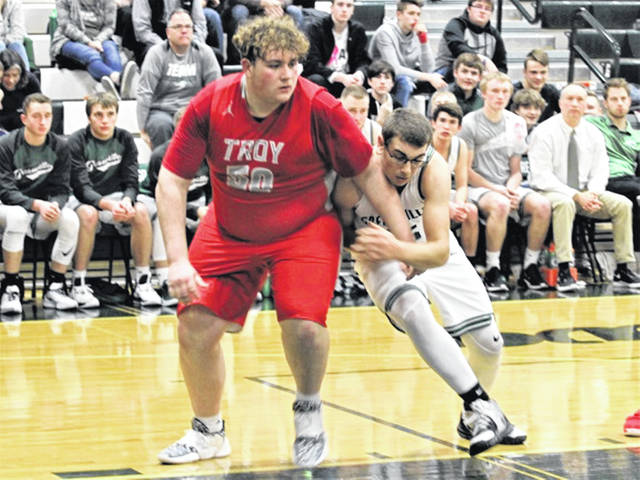 GREENVILLE – The Troy Trojans and the Green Wave opened MVL play with the Trojans coming away with a 62-52 Tuesday night road win at Greenville.

“That was two teams getting after it,” said Greenville coach Kyle Joseph. “You can’t ask anymore. We battled through a lot of adversity and just kept coming. A lot of good to take away from the game and plenty to clean up.”

The physical game had the teams putting up a combined total of 57-free throws, Troy with 28 and Greenville 29 in the hard fought game.

“A lot of free throws were shot by both teams,” Coach Joseph stated. “Choppy game with all the free throws.”

Troy took the opening period 11-7 with Greenville sophomore Nolan Curtis pacing the Wave with 6-points, both coming by way of 3-point shots.

The second period had the visitor taking the period by 2-points, 11-9 with Tyler Beyke leading the Green Wave with 4-points including 2-2 at the free throw line sending the teams to the break with Troy holding a 22-16 advantage.

Fouls and an injury kept Greenville’s senior big men, Foster Cole and Alec Fletcher on the bench for much of the game necessitating Coach Joseph to go to his bench giving several JV-players time on the court.

“Two guys who play a lot of minutes for us pretty much combined for two quarters worth of minutes together tonight,” noted Coach Joseph. “Minutes wise, a quarter each is about what they played. Our JV guys got in there and used up the quarters they had – and got after it.”

“With the fact that Foster (Cole) and Fletch (Alec Fletcher), two guys that play a lot of minutes at the four/five were on the bench, we were looking for someone who could keep us in some of our pressure defensive sets and that is something that Alex Baumgardner is really good at,” Joseph said. “He came in and did a good job of that.”

Greenville nearly matched its first three quarter point total, cranking out 24 fourth period points, but it was the Trojans going 17-23 at the charity stripe to take the final period by a 25-23 score.

“That’s what you want to see when you come to a high school basketball game,” Joseph said. “You want to see two teams getting after it, playing hard, playing with emotion and they did that.”

“It’s just hard work,” Coach Joseph said of Curtis’ play. “He’s been at it just about every day since last season, early mornings, late nights and everything after school. He’s going to have a good year for us.”

GHS sophomores, Nolan Curtis and DJ Zimmer led Greenville in scoring with Curtis accounting for 16-points and Zimmer scoring 11-points on the night.

Coach Joseph was pleased with the team’s defense and hustle on the court.

“We turned it over too much but we forced a bunch of turnovers too,” said Joseph. “When we can clean up some of the things offensively in the half-court and in transition, or slow us down in transition some, when you force that many turnovers you have a chance to score a lot of points.”

“We didn’t score a ton but we scored a lot for the number of shots we got up,” Coach Joseph concluded. “Defensively we know we are going to get after it. We need to score in transition without turning it over.” 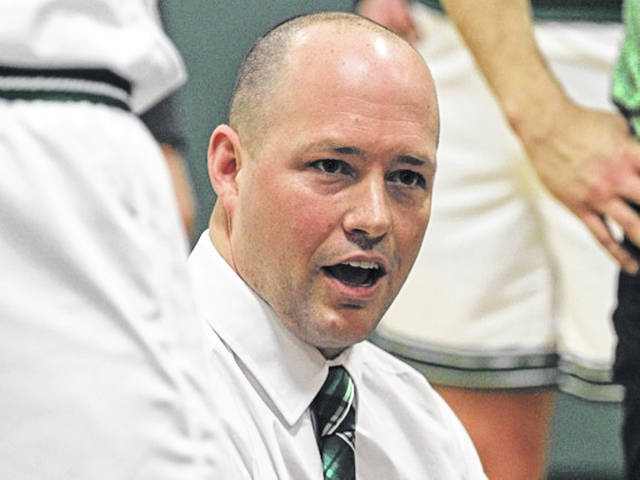 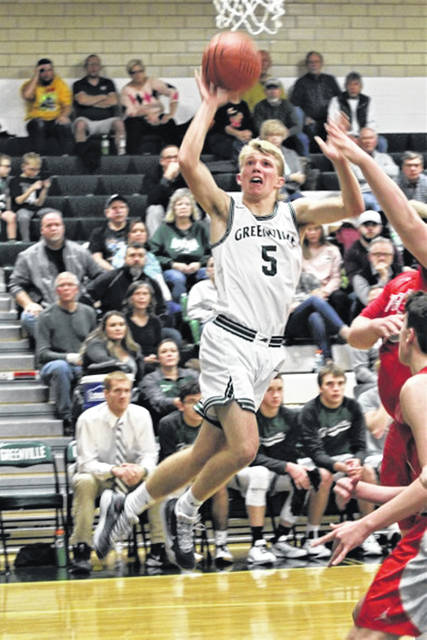 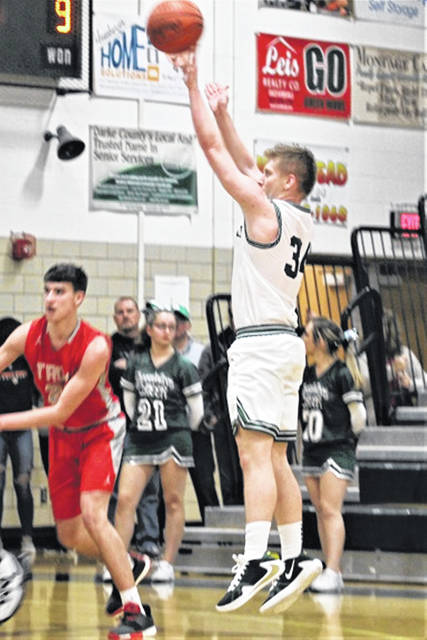 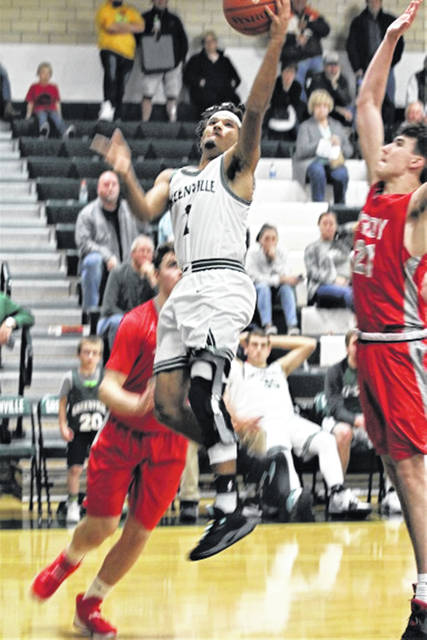 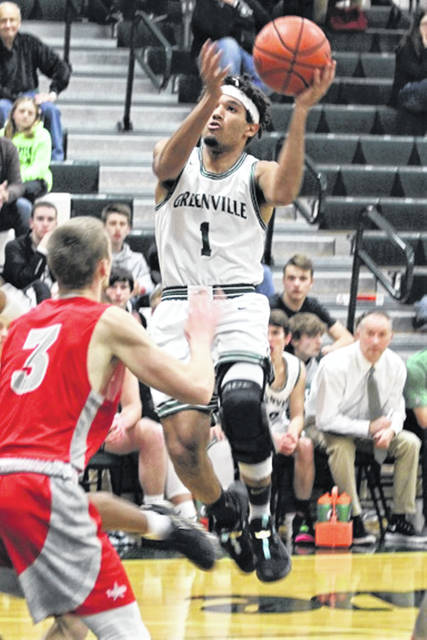 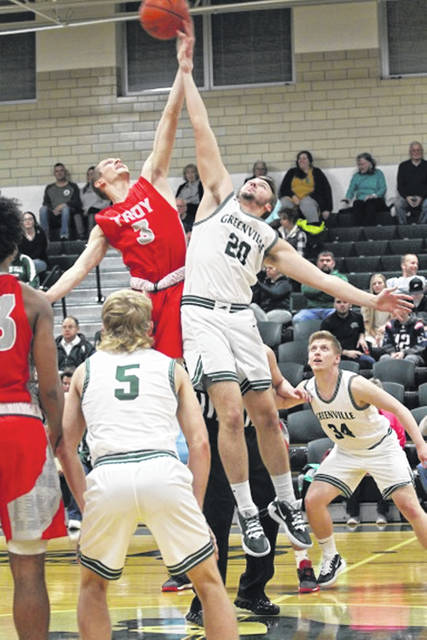 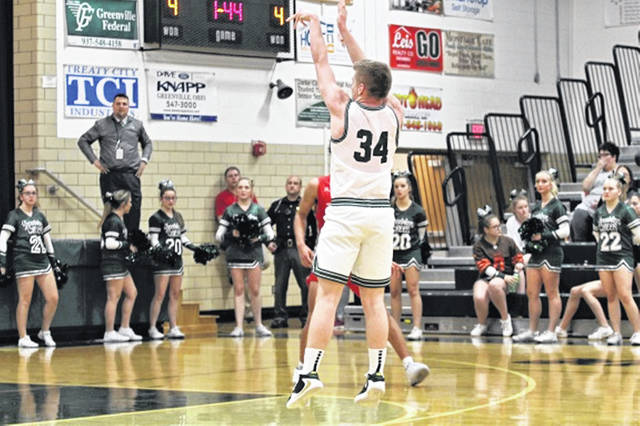