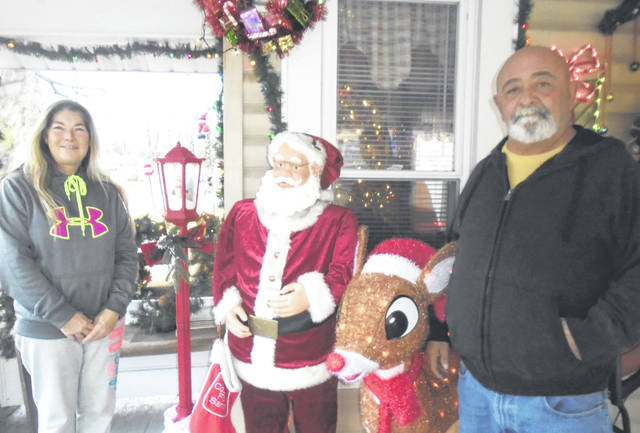 ANSONIA — Darlene (Brumbaugh) Mamazza has decorated her home for Christmas on West Weller Street in Ansonia every year since 2001.

She also decorates for other holidays. Her Halloween decorations won her three consecutive first-places in an annual competition that used to be held in the village.

This year and last year, she got a lot of help in the decorating from her husband Joe Mamazzo Jr. Her daughter Christina’s boyfriend Andrew assisted this year in stringing a lot of the Christmas lights.

“I wanted the top of the house done, so I asked Andrew if he would do it,” she said.

Darlene said she has always decorated, no matter where she lived…even as a single mother of two.

“The little Gariety girl (in town) calls me the ‘light lady,’” she said. “I have a basement full of decorations.”

New items this year, according to her husband, include a snow blower and more candy canes. The singing Santa on her front porch that she has had for 10 years is a big attraction.

“People go by all of the time,” Joe said of those driving by to look at their home.

He said it took them two weekends to get all of the outside work done.

“We worked the first warm weekend at the end of October,” she said.

Darlene, who has worked at Cooper’s in St. Henry for 21 years, did a lot of the decorating in her spare time, and Joe, who drives for NKA out of Sidney for the past two years, spent his time home helping his wife.

The couple, who was married May 5 last year, even has a Harley-Davidson collection on display in their Christmas decor.

“I would have it higher if I had a higher ceiling,” she said.

They said they mostly enjoy doing the decorating for the children who go by and for those in vehicles that pass by their home.

Before their marriage, Joe said he never decorated for the holidays.

“When he first saw my decorations, he said ‘You don’t do this every year, do you? ’” Darlene said.

Of course, she broke the news to him about her collection, but he’s adjusted, and usually buys her anything she wants to make it even more special.

Darlene keeps her basement organized with decorations spread out in various corners and marked for whatever special occasion it is.

“All our decorations are out now for Christmas,” she said. “I worked on the inside of the house for two weeks.”

Their two furry pets, Lady, a Doberman, and Harley, a Jack Russell, do not bother the decorations.

The couple met when she was on a bad date at a local establishment.

“I was working for a different company and was getting dinner before work,” he recalled.

He noticed her and her date, and was concerned that she was having problems. So, he gave her his phone number in case she needed him.

Darlene called him after she got home that night and told Joe that she made it there.

“We kept in touch every night after that,” she said. “He took me to dinner at El Camino on my birthday.”

The couple participates in a lot of benefit poker runs on his Harley-Davidson. They were in the Springfield Toy Bike Run at the fairgrounds there. “There were over 3,362 bikes,” he said, “And, we plan to do it again.”

“They shut down US 40,” said Darlene, who also has a son and granddaughter.

“We do a lot of benefits,” said Joe, the father of two and grandfather to seven.

It doesn’t take them as long to take down their decorations as it did putting them up.

“I wrap up all the stuff and put it back into a container,” she said. 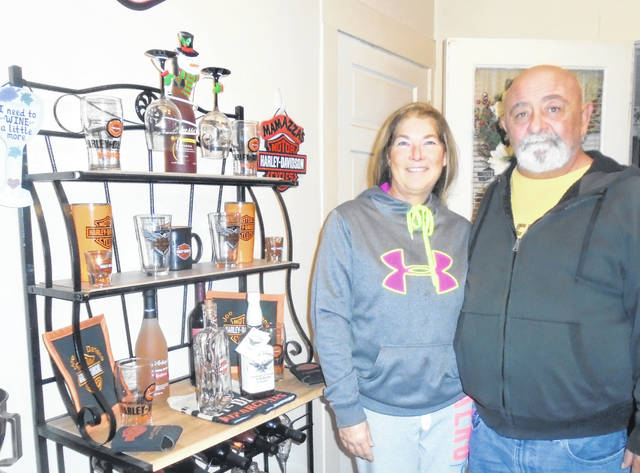 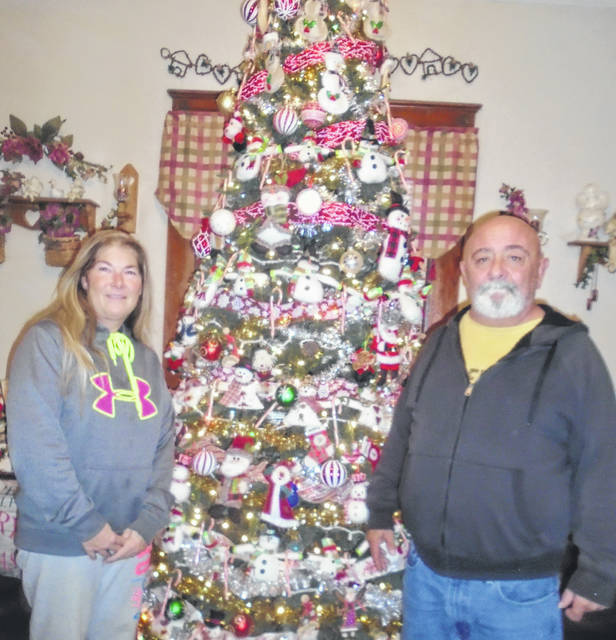 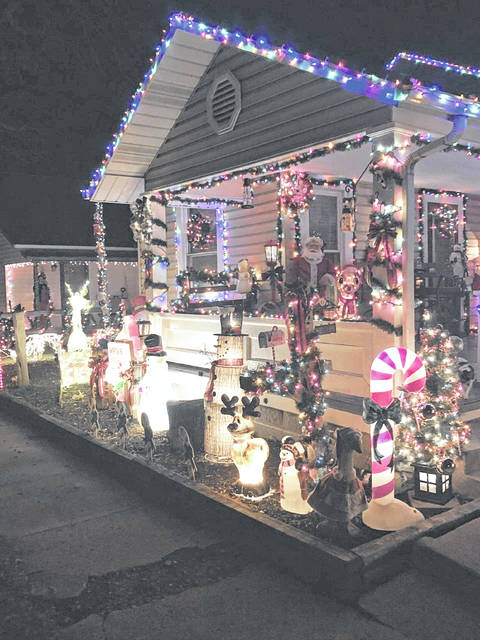