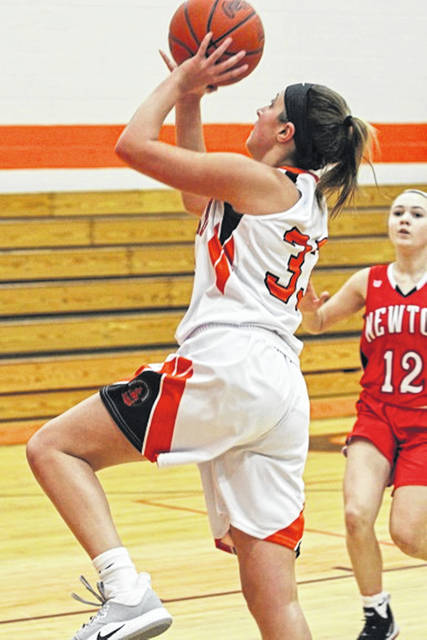 “We got off to a really good start had a couple shots go down early,” said Bradford coach Chris Besecker. “Kind of got things rolling for us – got some momentum going.”

Bradford took the opening quarter by a 22-5 score with six Lady Roaders getting in the scoring column led by Remi Harleman’s 6-points.

Quarter No. 2 had the Lady Railroaders adding 20-points to the board with Austy Miller and Cassi Mead each contributing 5-points as six Bradford girls would once again find the scoring column sending the teams to the break with Bradford holding a comfortable 42-14 advantage.

“The kids played real well defensively in the first half,” Coach Besecker noted.

The Lady Indians scored 12 third quarter points while Bradford was cooling down to 10-points in the period with the score standing at 53-26 with one period to play.

Mead paced the Lady Roaders with three fourth quarter 3-pointers as the home team would take the final period by a 21-13 score to secure the 35-point win.

“We try to focus on executing offense that we need to be able to execute against better teams,” Besecker said of his team’s game plan. “We didn’t do real well at that today and part of it was they were out really getting after us defensively and we just had a lot of one-on-one stuff going on out there.”

“She does all right,” Coach Besecker said of his freshman. “She has a long way to go but she’s improving.”

Cassi Mead led Bradford and all scorers with a game high 22-points in the win for the Lady Railroaders.

Cassi had a really great game,” said Besecker. “She has probably been our most consistent player from day one – she just played outstanding.” 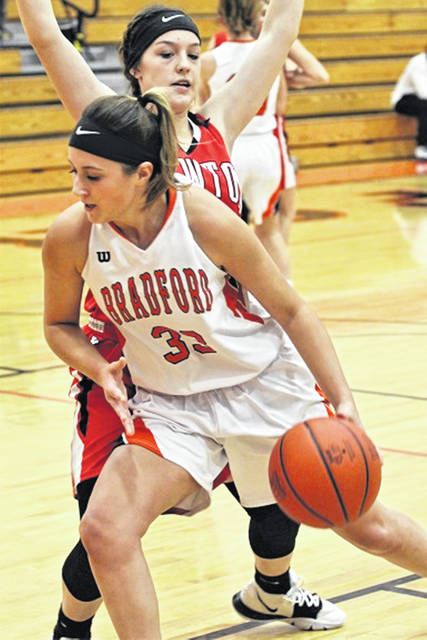 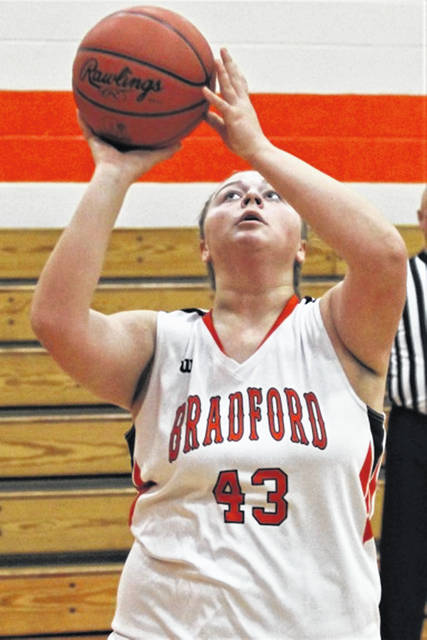 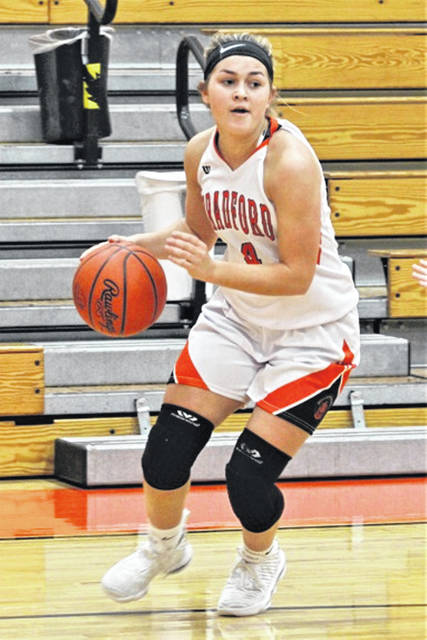 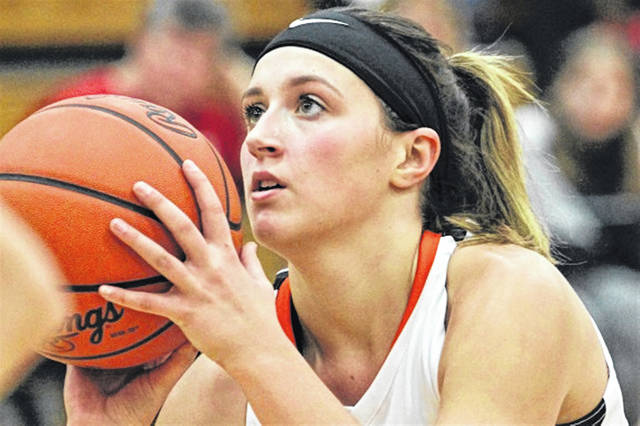