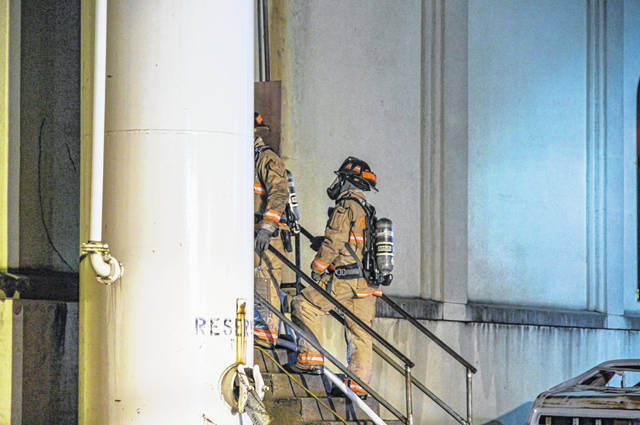 GREENVILLE — Greenville firefighter’s battled what was described as a small industrial fire early Saturday morning after smoe was discovered in the main building of Shrader Retreading.

At approximately 4:01 a.m., the Greenville City Fire Department responded to 111 Winchester Ave. to the reports of smoke entering into the structure.

According to the Greenville Fire Department, upon arrival on the scene crews were faced with heavy black smoke filling the plant as they searched for and located the source.

Firefighters were able to discover and contain a small fire in a room housing one of the plant’s air compressors preventing it from spreading and causing any further damage. Crews remained on the scene for several hours afterwards in an attempt to remove smoke from the building and lower the resulting high levels of carbon monoxide.

No injuries were reported as a result of the fire.