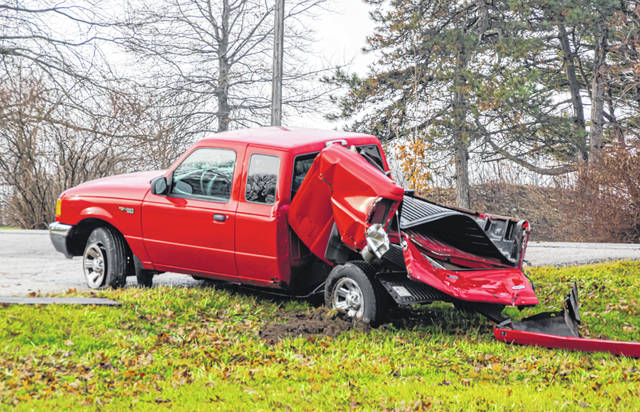 NEAVE TOWNSHIP — Traffic was slowed on State Route 121 South after a two-vehicle crash left both drivers with minor injuries.

At approximately 9:40 a.m., Darke County Sheriff’s Deputies along with Tri-Village Rescue and the New Madison Fire Department responded to an injury accident in the 3600 block of State Route 121.

According to the Darke County Sheriff’s Department, a preliminary investigation into the incident has revealed that a black 2012 Ford F-150, driven by Jeffrey Fickert, 56, of Hollansburg, was traveling north on State Route 121 when Fickert failed to notice and struck from behind a red 2002 Ford Ranger driven by George Mitterman, 48, of Greenville. Mitterman was slowing to make a right hand turn off State Route 121.

Both drivers were treated on the scene by Tri-Village Rescue for minor injuries prior to refusing any further treatment and transport to a medical facility.