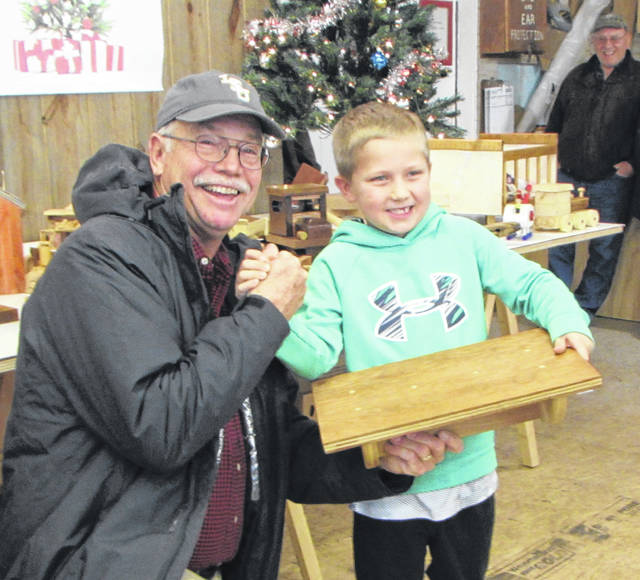 ANSONIA — As a result of Saturday’s Wooden Toy Contest at the Ansonia Lumber Co., quite a number of children in need will be receiving toys at Christmas time.

Seventeen adults and eight youth entered the contest with at least one homemade toy each.

Scott Phillips of American Woodshop, airing weekly on PBS television, returned once again to judge the items that were entered.

Giving all the toys a once-over prior to the judging, Phillips said, “You’ve beat last year. These are the kinds of things children need. They don’t need cell phones. If I added up the hours it took to make these, it would make your head spin. I’m humbled by all of this.”

Judging, he said, is “about the toys the children will go to first.”

Winners in the adult division were Harry Niswonger (on his 95th birthday), first with a tanker track; Kenny Pence, second, with a rocking donkey; John Burnett, third, with a Hot Wheels toy chest with cars; Earl Goewert, fourth, with a military Cougar; and Neal Pleiman, fifth, with a barn and animals.

Winning in the youth division were Owen Frey with a hand-geld ping pong game; Adriene Frey, second, with a cradle; Mason Goewert, third with a helicopter; Gavin Frey, fourth, with a wobble board; and Lucas Goewert, fifth with an orange tractor.

Others who competed in the youth division were Aaron Lavy, Max Lentz and Wyatt Warner.

Among other gifts that were in the contest and headed for a special child in the area were a duck pusher/puller, checker board and box, bowling alley, various trucks, Skittle game, gumball game, marshmallow crossbow, airplane and a train.

“I’ve seen it all in my career of woodworking,” said Phillips, who has judged each toy contest except for one which started 27 years ago. “I will never see such quality of work. It’s spectacular. This is the reason I come here…to play and have fun. Men don’t want socks and shoes, they want toys. Of all the places on earth, this is Christmas to me.”

Honored were the memories of former entrant Byron Brehm and Gene Oliver, who passed away in the last year. Family members did bring one of Brehm’s toys to the contest this year.

The toys will go to Operation Christmas Cheer’s Toys For Tykes. Representing that organization at the contest were Paula Varvel and Carmen DeHart, who noted that Kathy Kenworthy is the one in charge of the project. After they contest, they took the toys away with them.

“The toys will be wrapped today and given to children in specific groups,” said Varvel. “The most needy will get what’s here today.” 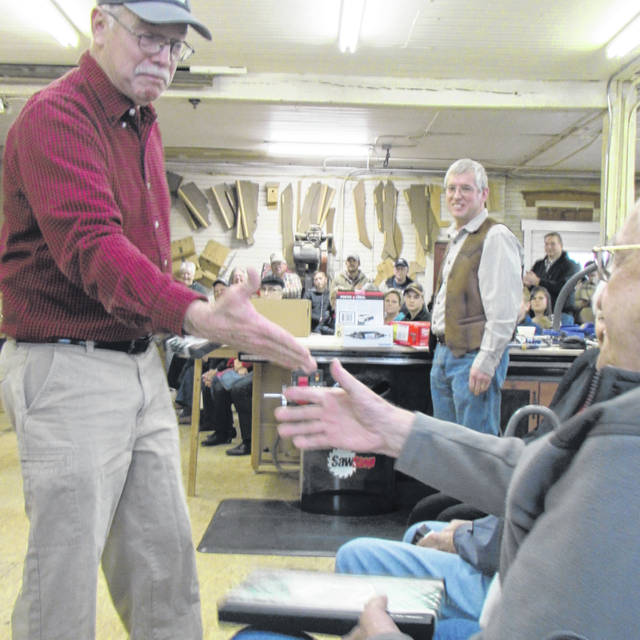 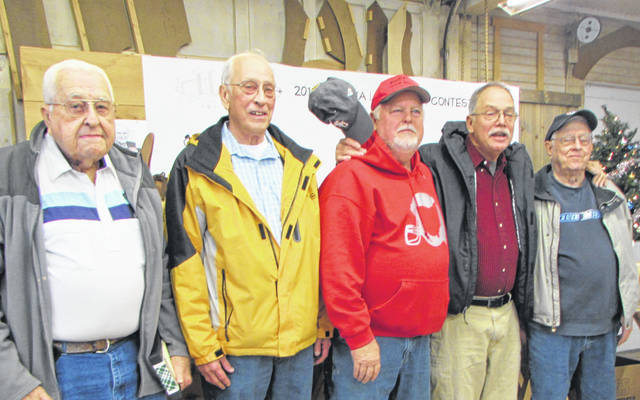