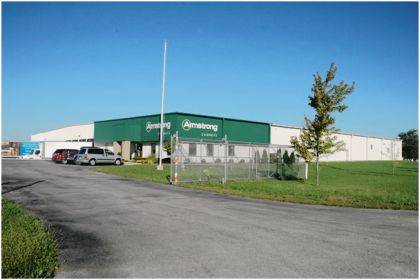 UNION CITY – The Rangeline Group has captured additional space conveniently located at 405 N. Grandview Ave., Union City. The company is boosting their expansion to their nationwide services with this 15,000 SF building. The new market expansion brought five new employees to the company.

“We are aggressively continuing to improve the countries deteriorating infrastructure.” said Tom Benedetto, the CFO of Rangeline. Tim Echemann with Industrial Property Brokers stated, “The ability to modify 15,000 SF of a 60,000 SF building to accommodate Rangeline operations and being an ideal location near I -75 and I-70 corridor and the existing owners was crucial for this deal to come together. 45,000 SF is still available for lease at this location.”

As a nationwide corporation with locations in Florida, Texas, California, North Carolina, and now Ohio, the Rangeline Group’s primary goal is to expand operations in the Midwest. Out of a handful of companies in the United States, Rangeline repairs high pressurized pipelines up to 84-inches in diameter with a 24 hour emergency response. President of Rangeline Tapping Services, John Rakoczy affirmatively stated, “We are building a stronger infrastructure for tomorrow.”

The company is thrilled about the size of the facility and its proximity to major thoroughfares including I-75 and I-70, as well as the major Midwest cities located near the site.