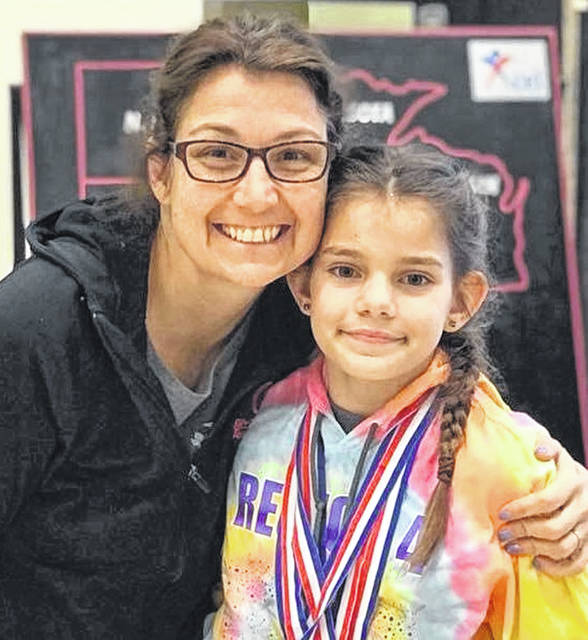 GREENVILLE — Amy Myers Gannon, 47, and her 13-year-old daughter Jocelyn of Madison, Wis., were among the fatalities in the Dec. 26 crash of a helicopter in Kauai, Hawaii.

Gannon, a business leader and advocate for female entrepreneurs, and her daughter, an eighth-grader at Hamilton Middle School, were on a family vacation when the accident occurred.

They were killed in the crash along with the pilot, 69-year-old Paul Matero, and four other passengers on board and believed to be a family from Switzerland.

It was reported the tour helicopter they were flying in crashed on a mountaintop on Kauai’s rugged Na Pali Coast.

According to reports, Gannon, a 1990 graduate of Greenville High School, was a prominent member of the local startup community and a longtime educator. As a founder of the Doyenne Group, a Madison-based nonprofit created in 2012 to support and mentor women in starting and growing businesses, she worked with co-founder and executive director Heather Wentler. Gannon, who also co-founded the Social Good Network, worked with other area nonprofits supporting diversity and inclusion, and served on many women-led company boards.

Jocelyn had many friends in school and was active with Gymfinity in Fitchburg. As a gymnast, she competed at the regional level.

Mrs. Gannon’s father is John Myers (wife Judy) of Piqua and her mother is the former Hope Harry, who lives in Florida.

“Amy always had an infectious smile,” said Heather Hunt Brown, one of her classmates in Greenville. “We were in Spanish class and National Honor Society together, but after high school, we lost contact. She was loved.”

The Federal Aviation Administration (FFA) said the aircraft, a Eurocopter AS350 B2, was found about 13 miles north of Hanapepe, a small community on the southern side of the island of Kauai. The remains of six people were recovered late Friday, authorities said.

Robert Cox, petty officer first class of the Coast Guard Joint Rescue Coordination Center Honolulu, said the weather in the area was challenging. Because of clouds and rain, visibility was limited to four miles, and winds were at 28 miles per hour, the release said.

In Hawaii, the accident has ramped up scrutiny of tour helicopter operations, with U.S. Rep. Ed Case, D-Hawaii, calling for greater oversight and safety precautions. He blamed the FAA for not taking National Transportation Safety Board safety improvement efforts seriously and the industry for not regulating itself.

“Tour helicopter and small aircraft operations are not safe, and innocent lives are paying the price,” Case said. “In our Hawaii alone, the industry, while stridently arguing that it is safe and sensitive to neighborhoods, has in fact ignored any sensible safety improvements, instead dramatically increasing in recent years its volume of flights, at all times of day and night, in seemingly all weather over more residential neighborhoods and to more risky and remote locations, at lower altitudes, while completely failing to address ground safety and community disruption concerns.”

The FAA, however, said it conducts random and regular surveillance on all Hawaii air tour operators and ensures companies address any issues, agency spokesman Ian Gregor said. He said the FAA does not have concerns about the industry statewide.

The helicopter company, identified as Safari Helicopters, contacted the Coast Guard on Thursday evening after the helicopter did not return to the airport as scheduled. A search began but steep terrain, low visibility, choppy seas and rain complicated the search.

According to a preliminary report, the pilot said the tour was leaving the Waimea Canyon area, known as the “Grand Canyon of the Pacific,” about 4:40 p.m., which was the last contact with the helicopter, Kauai police said.

Deaths involving helicopters and planes in Hawaii are not uncommon. Three people were killed when a helicopter crashed on Oahu in April. Two months later, a skydiving plane crashed north of Honolulu, killing 11 people.