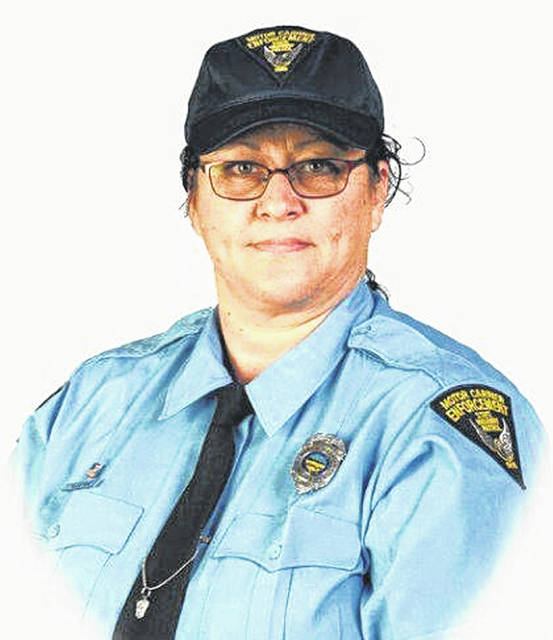 COLUMBUS — Drugs may have played a part in the crash that took the life of Arcanum resident Kimra Skelton, an Ohio State Highway Patrol motor carrier inspector, in November.

According to the crash report and witness statement, Christopher G. Coorough, 44, of Dayton, was traveling from Kettering to Sidney in a Ford F-250 when he went off the left side of the road and struck Skelton parked in a crossover on I-75 in Miami County, between Troy and Piqua.

Coorough claimed no distractions or other cars were involved in the accident, in a statement given to authorities. When asked if he fell asleep, he responded he wasn’t sure.

When asked the last time he consumed alcohol or drugs, Coorough responded that he does not drink or do drugs.

However, the report reveals Coorough tested positive for amphetamine drugs. Whether the drugs were illegal or prescription will be kept “close to the chest” by investigators while awaiting charges, says Trooper Sheldon Goodrum, with the Ohio State Highway Patrol in Englewood.

Coorough sustained only minor injuries in the crash.

Skelton, 49, a member of the Patrol since October 2005, was pronounced dead at the scene.

As previously reported, law enforcement and first responders from throughout the region, as well as family and friends descended on Arcanum to pay their respects to the Skelton family on Dec 3 and 4.

Skelton is survived by her husband of 26 years, Brian, and her two children, Cole and Macy.