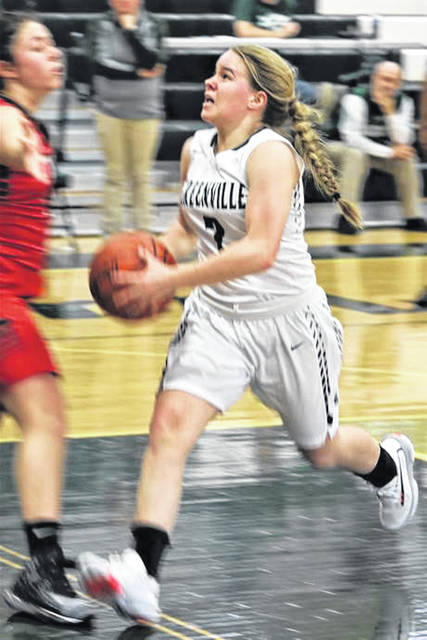 “That was a really big win for us,” said Greenville coach Laura Germann. “We played them early in the season and lost by two at their place. We knew going into this game that we did not play our best game and we knew what we had to do to stop them and we did an exceptional job today. Truly it started on the defensive end.”

The Lady Wave opened season play with a 1-4 mark before going on a current 7-0 win streak to improve to 8-4 on the year.

“All around with the six or seven kids that got in the game, I was very pleased with what they did offensively and defensively,” Germann stated. “We play like that – we are going to be ok.”

The second period proved to be a defensive battle with the Lady Wave adding 5-points to the board led by Pandey with 4-points while Troy was scoring 4-points sending the game to the break with Greenville leading 16-7.

Period No. 3 had the teams playing even at 9-points each with the Lady Wave maintaining a 9-point lead with one quarter to play. Pandey paced the Lady Wave with 5-third quarter points.

“Troy some quick girls who have the ability to get to the basket,” Coach Germann said. “They have a post who is pretty solid in there. Our post did a very good job of stopping her and eliminating her touches. I was very pleased with the way we performed on the defensive end.”

Greenville put the game away in the fourth outscoring the Lady Trojans 11-5 with Fletcher leading the period with 5-points for the 15-point Miami Valley League win.

The Lady Wave got solid rebounding and defensive play in the paint on the day.

“Both of them played well on the defensive end as far as the physicality part, the rebounding part,” Coach Germann said of Emalee Bowling and Lily Hayes. “I was pleased with both of them today and their trying to make some post moves which makes them an offensive threat.”

“Troy some quick girls who have the ability to get to the basket. They have a post who is pretty solid in there. Our post did a very good job of stopping her and eliminating her touches. I was very pleased with the way we performed on the defensive end.”

“Josi Camacho knows her role,” Coach Germann continued. “She likes to play defense and she gives us that spark when she goes in the game defensively. She can handle the basketball, but she knows what her role is. She is definitely my defensive catalyst.”

The GHS freshman tandem of Minaxi Pandey and Skyler Fletcher paced the Lady Wave and all players in scoring, Pandey with 16-points and Fletcher 12-points.

“Skyler and Pandey are both pretty crafty,” noted Coach Germann. “They have the ability to get by their defenders and have the body control to finish. They get the ball high off the glass. That makes us pretty tough too – I’ll take them on my team any day.” 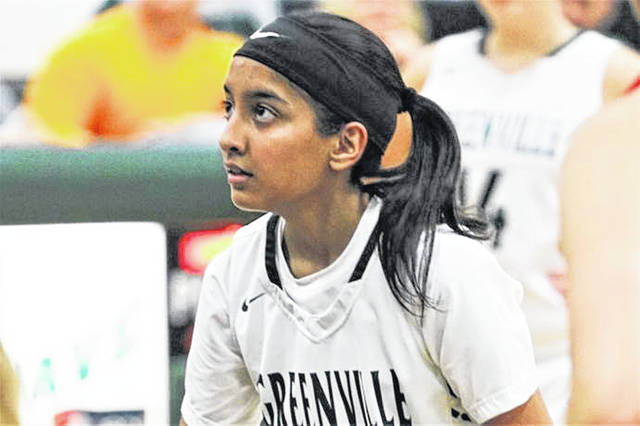