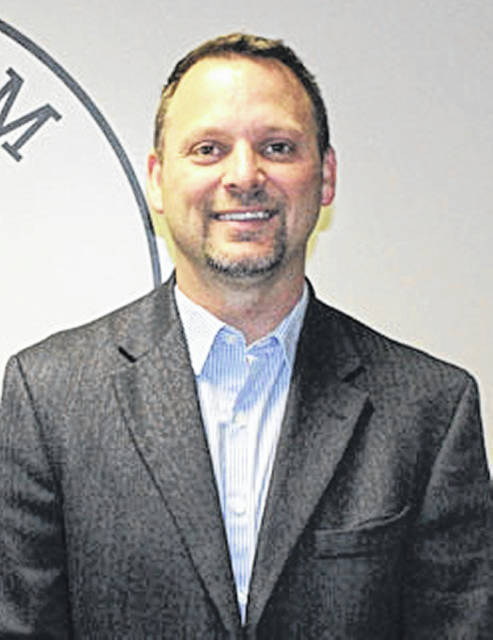 I want to take this opportunity to thank the students, parents, families, Board of Education members and the entire Arcanum-Butler staff for an outstanding first semester and for supporting Arcanum-Butler Schools. The ending of the first semester marks a great time to celebrate our success, reflect on our progress and refocus on our goals and objectives.

Below are just a few of the many successes worthy of noting so far this year.

The District received several A’s and B’s on the Local Report Card issued by the Ohio Department of Education and continues to rank among the top schools in the county.

The AHS Marching Band capped off an outstanding fall season by scoring a 1 – Superior at state adjudicated competition in Class B. The group completed their fall with a trip to Disney World where they participated in learning sessions and marched in the parade.

The district once again hosted a successful senior citizen luncheon with over 100 guests in attendance.

K-12 enrollment is at 1085, both our preschool and AVA programs are operating at capacity, and we have a total of + 123 open enrolled students. Arcanum-Butler continues to be a place to be!

Our PBIS program continues to be an emphasis in all buildings as each building has either strengthened or implemented additional/revised procedures.

The District took advantage of Student Wellness and Success Funds as a part of the governor’s budget to provide a mental health counselor an additional day a week and added a part time prevention specialist for the second half of the year.

AHS Alumnus, Jordan Greve, was hired as Food Service Director, implementing changes that have been popular with students and increased sales for the cafeteria.

The boys golf team had an outstanding season as CCC Tournament Champions, won Sectionals and placed fourth at District Competition. Coach Todd Shannon was named CCC Coach of the Year.

The girls cross country team finished as CCC Champions and were Regional Qualifiers. Coaches Kessler and Junkins were named CCC Coaches of the Year.

The Lady Trojans finished off a successful volleyball season as District Runners-Up. Additionally, they were Greenville Federal Volleyball Invitational Champions. Eva Siculan broke the record for the most assists in a season.

On the gridiron, the Trojans won their first seven games and finished 7-3 and a game away from the playoffs. Coach Schondelmyer was named Southwest District Coach of the Year. Senior Running Back Cory Ross set the record for most points in a game and freshman quarterback Bryce Schondelmyer set records for most pass completions in a game and in a season.

AHS Inducted 18 into the National Honor Society and TJ Powers was the staff member chosen as the honorary inductee.

Second grade teachers and students donated $630 to the Wounded Warrior Project from their annual bake sale.

The PTO continues to support the students and staff of Arcanum-Butler with programs such as COSI on Wheels and the Santa Shop. Additionally, they ran a successful fundraising campaign in September to fund such programs and other initiatives throughout the year.

The new 20,000 square foot Agricultural Education, Athletic and Community Center was finished and will be an asset to the district for many years.

It has been a rewarding first semester with programs, activities and extra-curricular participation that further supports our students and the goals of the Arcanum-Butler Local School District. The list could easily go on to include the many music, drama, art, academic team and other sports activities. A special thanks to all of the coaches, directors and program advisors! Arcanum-Butler is proud to provide quality instruction while offering a variety of ways for students to explore their passions.

The Arcanum-Butler School District has much to be proud about and I am thankful to be able to lead and serve with such a talented group of educators, support staff and students! Led by the District Leadership Team, Arcanum-Butler will continue to work on the goals and action plans outlined in the Continuous Improvement Plan. To review the plan, visit http://www.arcanum-butler.k12.oh.us/ and click on the link located on the left of the page.

A special thank you to all of our district staff: from teachers to cafeteria staff, from aides to office staff and from bus drivers to custodians. Furthermore, thank you to the Arcanum-Butler Local community for your continued support. I look forward to a positive second half of the school year!