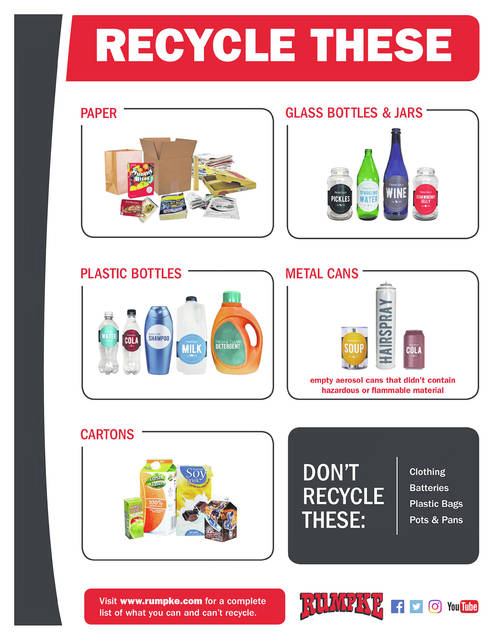 Broadwater pointed out the various items that did and did not belong in a community recycling drop-off container outside the Rumpke Center on Jaysville-St. Johns Road. It is one of over two dozen found across Darke County, including Ansonia, Gettysburg, and even Willowdell. Inside were stacks of cardboard, newspaper, various juice and milk jugs, and a variety of metal cans — perfectly recyclable items.

However, items such as Styrofoam, feedstock and pellet fuel bags, and even a sour cream container did not belong, explained Broadwater. The items either cannot be accepted or reused by a perspective end-user [retailer] or contaminate the other material.

The number one problem, said Broadwater, is plastic bags, as well-intentioned individuals generally collect their recyclables in trash bags.

“Ideally, when you bring it to the dropbox, you should empty it,” continued Broadwater. Otherwise, when the bags reach the recycling center in Cincinnati, each one must be broke open by hand. It is a time-consuming endeavor, as workers “try to shake out all that material.”

According to Broadwater, there are 92 full-time permanent team members and 36 temporary team members at the recycling plant. They work across three shifts, processing 60 tons of recyclables per hour or 600 to 700 tons a day.

“It’s flying across,” explained Broadwater of the fast-paced sorting process. “We need things to be loose.”

Plastic bags cause other difficulties for the plant with the first few hours of the second shift, maintenance, dedicated to removing plastic bags caught in the machinery. Some of those bags include one-use plastic shopping bags that are unrecyclable because end-users request only those in clean, dry, and like-new condition, something Rumpke cannot guarantee.

At the back of the Rumpke Center on Jaysville, piles of residentially collected recyclables wait for their eventual 90-minute journey south to the sorting facility. The first thing one will notice is the sheer number of trash bags full of recyclables.

“We just don’t know what’s inside of it. When we open it at the plant, there could be all kinds of contamination there,” said Broadwater with everything from clothing (which isn’t recyclable) to food items opened on the line.

Along with the noted plastic bags, two crushed plastic gas containers and an aerosol can, items that pose fire hazards to drivers and facility workers. Another hazard is the growing popularity of lithium-ion batteries, an item not to be placed in either a recycling bin or trash can.

Broadwater repeated the well intentions and making the most of one’s efforts. However, there is room for improvement.

An audit performed in Cincinnati and Fairfield found a 28 percent contamination rate in the former and 23 percent at the latter in residential curbside recycling bins. A Rumpke team was able to reduce containments on an average of ten percent with a little direction on what to place in a recycle bin. Broadwater encourages those with questions on their recycling efforts to contact Rumpke or to visit their website for a full list of recyclable items at www.rumpke.com.

A few simple changes could go a long way for everyone.

The Greenville Transfer Station has 100 employees onsite from welders to mechanics, drivers to sales, and administration at their location on Jaysville-St. Johns Road. They have been in the community for 30 years. 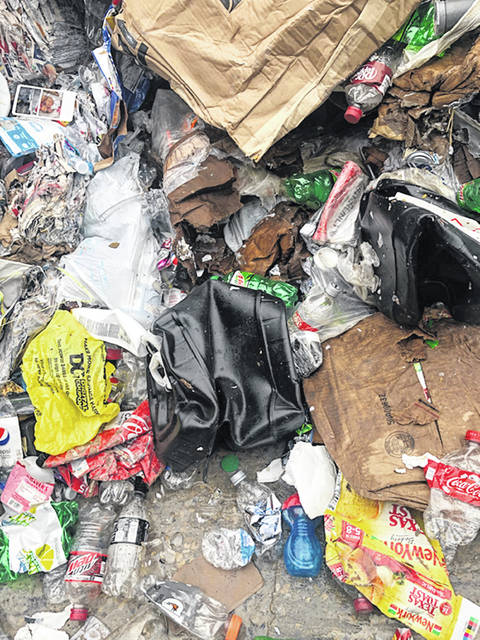 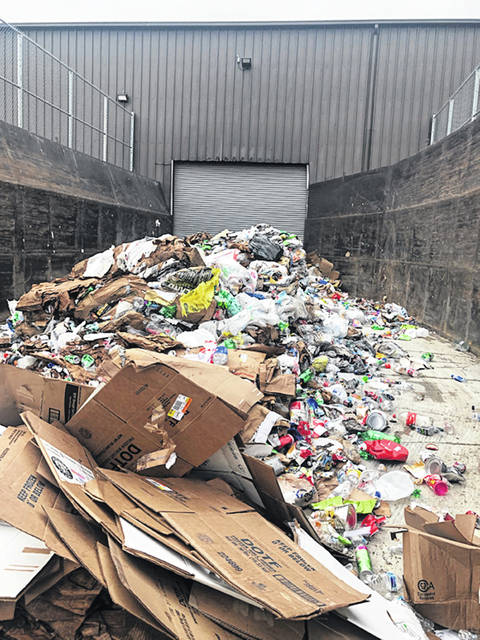