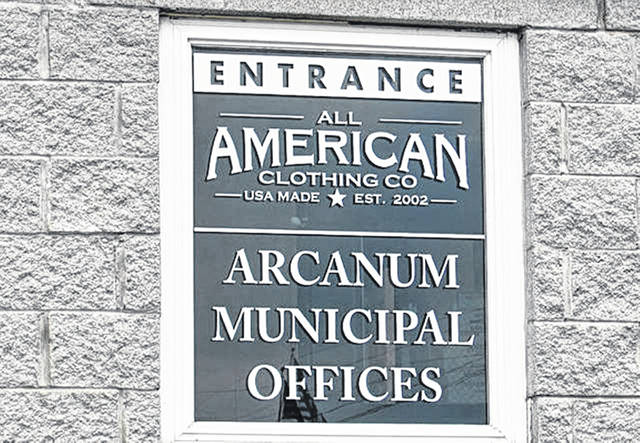 ARCANUM — Residents have an opportunity to get to know village police officers as Chief Marcus Ballinger shared a few policy changes at the village council meeting on Tuesday.

One policy addition will have Arcanum police officers spending 10 percent of their time on foot patrol from April 1 to Oct. 31 and five percent from Nov. 1 to Mar. 31.

The goal is for officers to spend at least 45 minutes, if not more, on foot, in line with the mission statement Chief Ballinger has shared in previous meetings, which is to “provide our community with a well-trained police department that will exhibit professionalism at all times.”

“We will continually seek interaction and involvement with our citizens to ensure that we provide them with the safety and security they deserve for the quality of life they desire.”

It’s walking the beat, says Chief Ballinger, something he experienced in previous employment locations, including Plain City, stating, “It is the easiest, best way to communicate with the public, to connect and reach out.”

Officers will have an opportunity to greet residents who may be sitting on a porch, for example, or partake in conversation at a sports game.

“It is all about seeing the citizens and talking to them, and being visible,” said council member Rick Genovesi during his safety committee report.

As the safety committee chair, Genovesi further cited it as a good policy, as residents need to “trust the officers.”

Council also discussed receiving almost $30,000 in grant funds from the Ohio Department of Natural Resources (ODNR) for new backstops at diamond two and four at the baseball field and new playground equipment.

According to Bill Kessler, the village administrator, the plan is for backstop installation before the season gets underway with new playground equipment added during the summer.

Council is looking to apply to ODNR again (among other potential funding sources) to cover splash pad features at the pool. At this time, the council is discussing feature options with council member Tim Philpot stating it will be an enhancement to pool membership.

Kessler also provided an update on the new village administration building stating construction is on schedule with occupancy anticipated for the end of February into the first week of March. However, as shared in a previous report, specific dates are dependent on the delivery of a generator necessary to run such items as emergency exit lights.

According to Kessler, the generator is coming from Brazil.

* Vectren will soon begin to replace gas lines (via Ritter Plumbing and Pipeline Co.) in the areas of South Main and South High St.