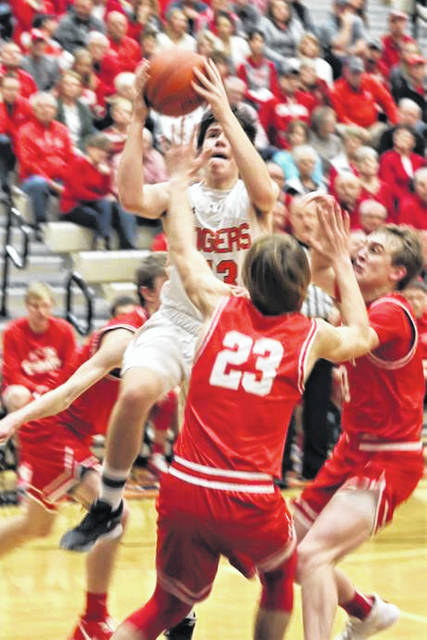 VERSAILLES – The Versailles Tigers remain undefeated on the season taking advantage at the free throw line to earn a 44-32 Friday night MAC win over the visiting St. Henry Redskins.

“Both teams played really hard especially on the defensive end,” said Versailles coach Travis Swank. “It was just a battle. Nobody was going to get any easy ones tonight. Luckily we made enough free throws and got some quality looks. We got some free throws towards the end to stretch it a little bit more then Ruhenkamp hits that really, really big shot.”

“With our offense we tend to be aggressive getting to the basket,” added Swank. “I guess it’s the old adage if you can get to the line and make more free throws than the other team’s attempts – a lot of times you’re going to win.”

Period No. 2 had the Redskins grabbing an 11-10 lead at 5:26 and pushed its lead to 19-15 with 1:00 remaining on the second quarter clock before a Naftzger free throw and a Stammen 2-point field goal closed out first half scoring sending the teams to the break with Versailles trailing 19-18.

St. Henry got on the board first to open second half play and lead 21-18 with 7:15 showing. Versailles battle back with the score tied 25-25 in the third before the Tigers would close out scoring on a 7-2 run to lead 32-27 win one period to play.

“Maybe that will get him going,” Coach Swank said of his sophomore. “He has struggled from the outside a little bit. That might be something that propels him forward getting a little confidence – he just drilled it.”

The Tigers took advantage of the fourth quarter free throw line for their remaining points in the fourth quarter making 7-of-9 to the Redskins 3-of-6 at the charity stripe to outscore the visitors 12-5 and earn a 12-point victory.

“Our goal is always 40 and under and we did a marvelous job here tonight on the defensive end,” Coach Swank noted. “Defense can never take games off. It always has to show up. This team’s done a really nice job defensively all year long. Our kids pretty much play solid defense every night and if you can count on that you are going to be in a lot of ballgames.”

Austin Toner pulled down 10 rebounds for Versailles on the night.

He was a monster on the glass,” Swank said of Toner. “Got us a lot of second, third opportunities. We needed every opportunity that we could get here tonight because everybody was taking away their first option a lot of times. Sometimes you just have to scratch and claw your way in order to get a basket. He was definitely helping us out tonight doing that.”

For the game, the Tigers shot 72 percent going 18-25 at the charity stripe to the Redskins 33-percent shooting, managing just 3-9 at the line.

Michael Stammen led Versailles and all scorers with a game high 17-points including 8-8 at the second half free throw line.

“Michael (Stammen) just controlled the ball up top,” Swank stated. “We want the ball in his hands in crunch time and he is a really good free throw shooter. He usually makes the right reads and good decisions. He does a lot of good things for us.” 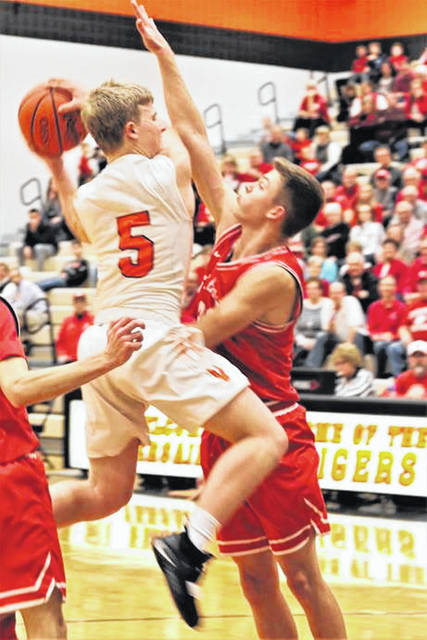 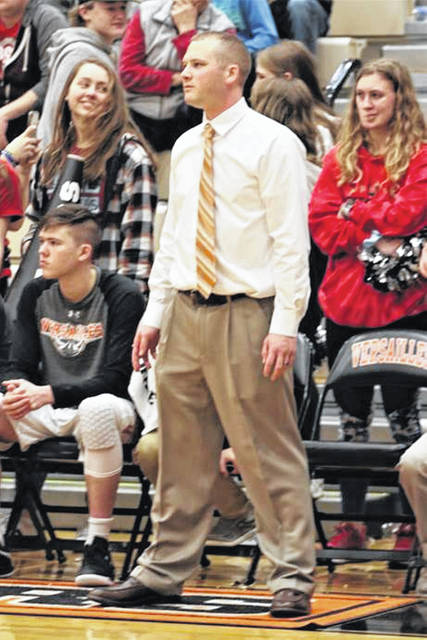 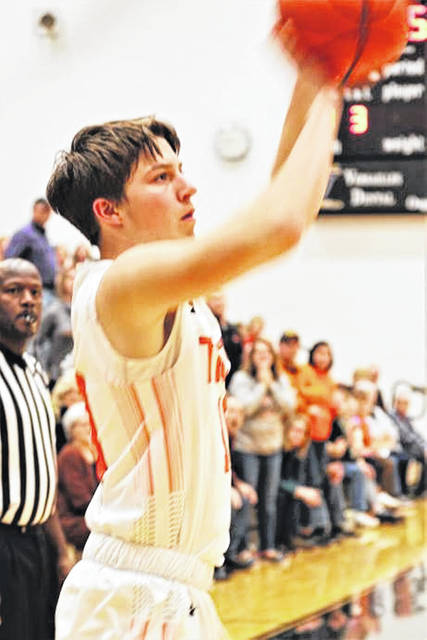 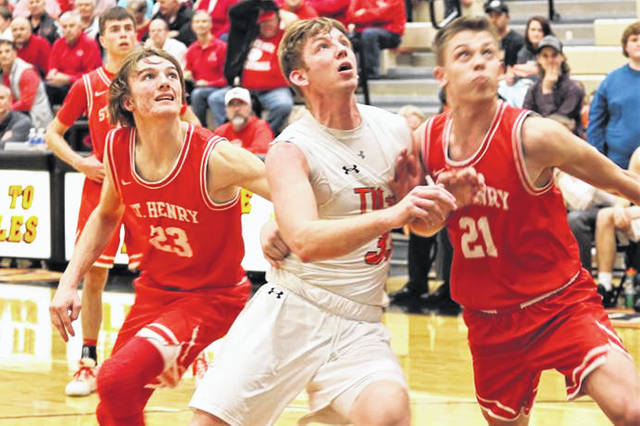 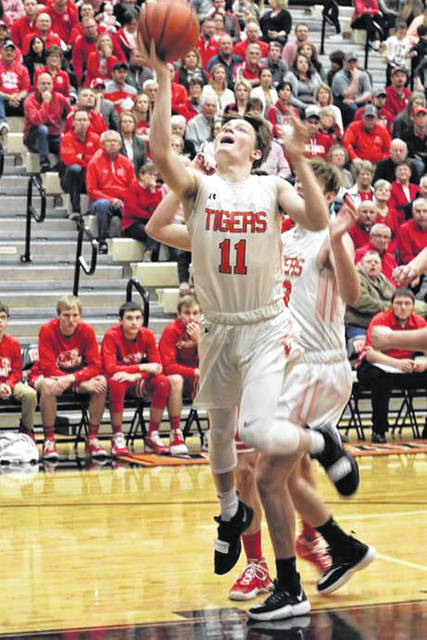 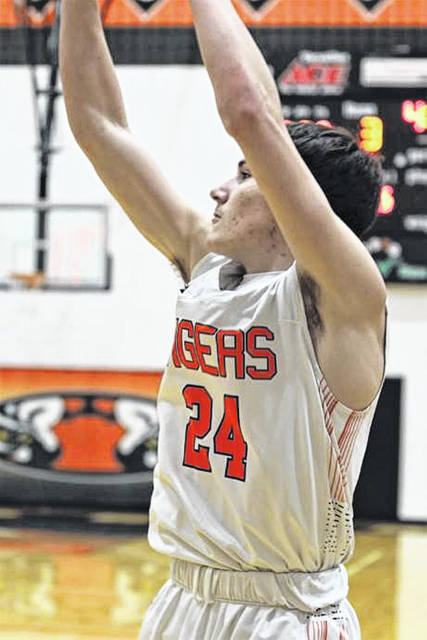