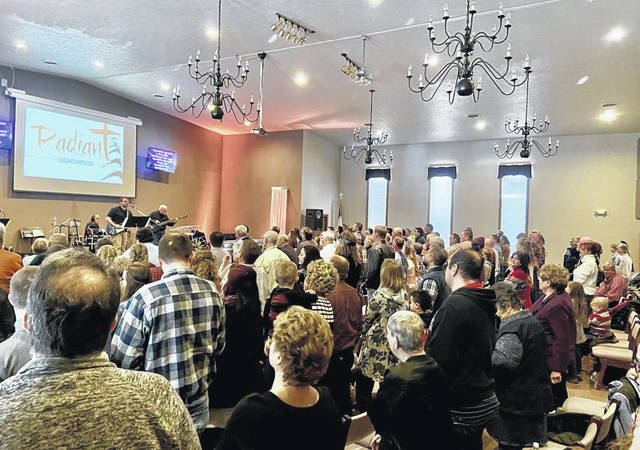 The new church is on the former Lighthouse Christian Center’s complex just off of U.S. 127-South and Sebring-Warner Road on Lighthouse Way.

Fee, pastor at Lighthouse, and Lynch of the Radiant Church, which has been meeting in the All Seasons Place, also on the complex, decided to join forces.

“Today’s Radiant Lighthouse Launch Service went amazing,” said Lynch on Sunday evening. “Despite the very cold weather, we had an attendance of approximately 250 people. We baptized four people and had two baby dedications (including one of Fee’s great-grandson). We look forward to shining the light of Jesus in the upcoming days into Darke County.”

The gathering was held in the original building on the complex, but come Easter Sunday and thereafter, the church services will be held in the All Seasons Place next door.

Radiant Church had its beginnings April 6, 2019, first meeting at the Softball Academy on Riffle Avenue in Greenville, with 45 people in attendance. Because they were running out of room and had no heating or air conditioning, they decided to look elsewhere, and that’s when they began renting out the All Seasons Place in September.

“Then, we had 85 people coming to our Saturday night services,” Lynch said. “My pastoring teaches people how to be the church with outreaching. We had legacy in Darke County with Lighthouse Christian Church while Radiant has momentum.”

Both of the churches are non-denominational, independent churches.

“Our mission and vision is love God, follow Jesus and illuminate darkness,” he continued. “We want to be a light in Darke County.”

“We had 120 people come together two Sundays ago,” according to Lynch. “We have been doing preview services the last few Sundays together. Our services last from 10 to 11 a.m.”

Lighthouse Christian Center had its beginnings in 1980. Its first service was in a local home and then they moved to Greenville High School cafeteria before buying a former church on Wayne Avenue.

The pastors will rotate at the pulpit.

Fee and wife Barbara are the parents of three sons and have seven grandchildren and seven great-grandchildren. She, too, is involved in the church and the both of them started the annual Christmas Dinners.

Lynch, son of Phil and Lori Lynch, is married to the former April Thornburg and they have three children, ages 8, 4 and 1.

“When my first son was born, I was on the Randolph County Sheriff’s Department,” he said. “My son had a severe heart defect. I always say the worst day of his life was a blessing in my life. That’s when I accepted the calling to become a full-time minister. I realized Christ was calling me to be a full-time pastor. Then, this merger was a godsend. I think God had this lined up before I was even born.”

Fee said he had praying and working toward it the last 10 years, but noted that the timing wasn’t right…until now.

“Two churches can come together and be better together,” Lynch said.

“When we became acquainted, I thought why have two churches when we believe exactly the same thing,” Fee said.

“We’re excited,” Lynch said. “It’s a true movement, not just for the church but for the community. We want to reach the lost in Darke County, families and young people.” 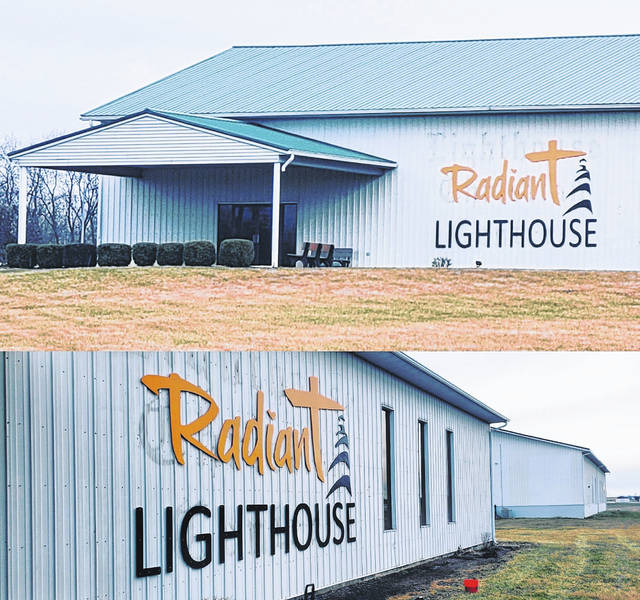 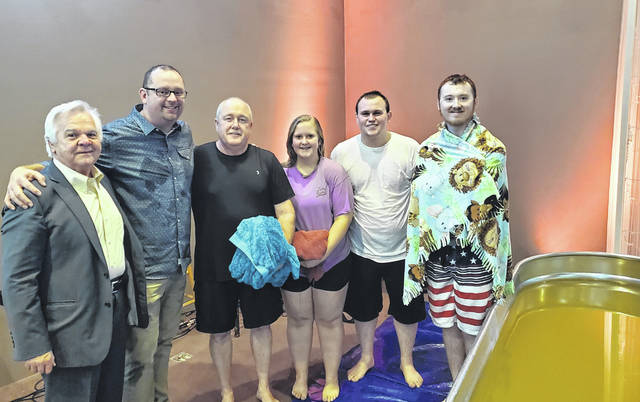