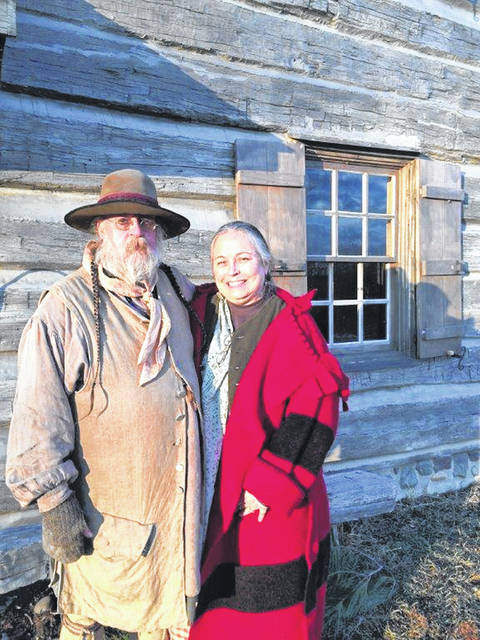 Presented with the award were Dr. Margaret Hensel (retired), Barbie Hansbarger, Carolyn Hollinger and Pam Siegel, all Darke countians and members of the Friends of Darke County Parks.

“We are so very grateful to these four women for their thousands of hours donated to the Darke County Parks,” Van Frank said. “We can’t thank them enough. They are the most outstanding citizens who assist us in multiple things throughout the year.”

Dr. Hensel, he noted, plays the dulcimer and also works with the snakes.

“She travels in world tours and plays the dulcimer during Prairie Days and our Candlelight Dinners,” he said. “Margaret can been seen multiple days every month volunteering at the Nature Education Center located on State Route 502. She has multiple talents to share with visitors to the nature center and also during our special events.”

He said Carolyn Hollinger and Barbie Hansbarger love to dress in period attire and talk about the dress of that period, work at the log hose and make bread.

“Barbie has been a wealth of help and also a leader in volunteerism for Darke County Parks,” the director said. “She has donated well over 10,000 hours of volunteer time in the last few years, and quite often Barbie can be seen working with our other recipients of the volunteer award. Barbie can be found volunteering on chores ranging from our Prairie Days each fall to the Maple Syrup Festival coming up on March 7 of this year. We can’t thank Barbie and the other three enough for all they do.”

Hollinger, he said, has been a constant volunteer over the years and can be found almost any day of the week volunteering in a multitude of events and capacities — from working at the front desk answering questions and greeting the general public to helping with the Waffle Breakfast the first Saturday in March and organizing the General Store during Prairie Days.

“Carolyn has also given thousands of hours of her time to the Darke County Parks,” said Van Frank. “Carolyn was asked what she likes the most about volunteering and she replied, ‘the new and lasting friendships that have been formed.’”

“Greta knows who Pam is,” he said. “She sits and talks with Greta two hours a day. Pam is here at least six days a week. Greta requires drops in her eyes after being hit by a truck 15 years ago. Pam is with her every day. Pam knows her medicine, and she attends all of the board meetings.”

He’s appreciative of this quartet.

“If you need extra help, they never say no,” he director said. “The park district has always had fun with them over the years. Each one has a certain thing she likes to do. All four are pillars of the community of volunteers. That is what volunteerism is all about. They give selflessly of themselves to make the Darke County Parks better. All are exemplary in their service to the community. They leave an impact on people. They are collectively leaders of the community.”

“I look back 10 to 15 years ago, when they all started to volunteer here and how it has grown into a very unique group of ladies.”

He said it’s basically a new award. He only presented it one other time and that was to Jim Poeppelman in August 2017. 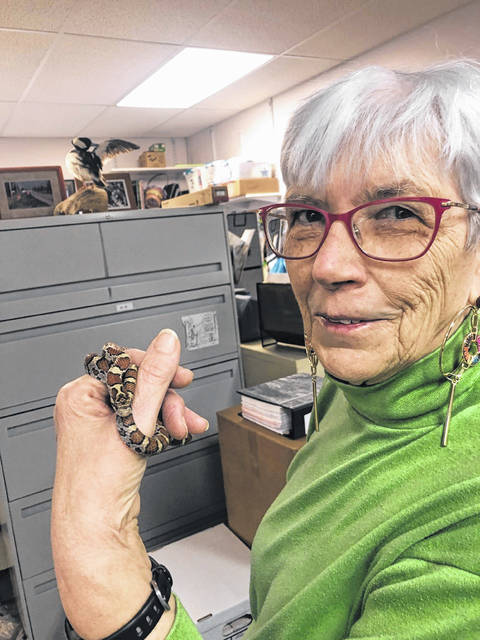 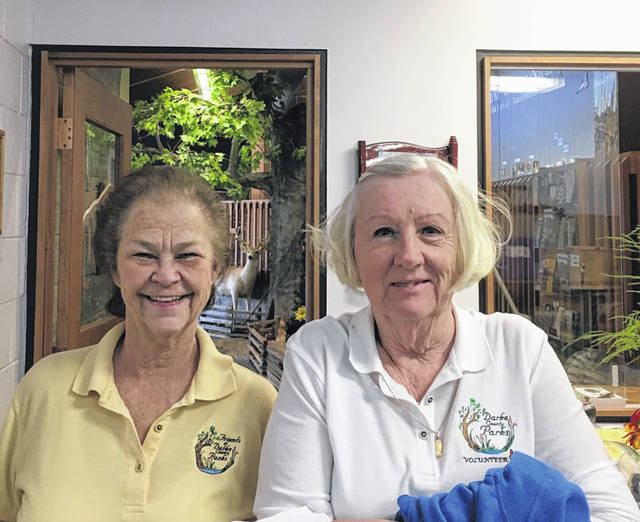