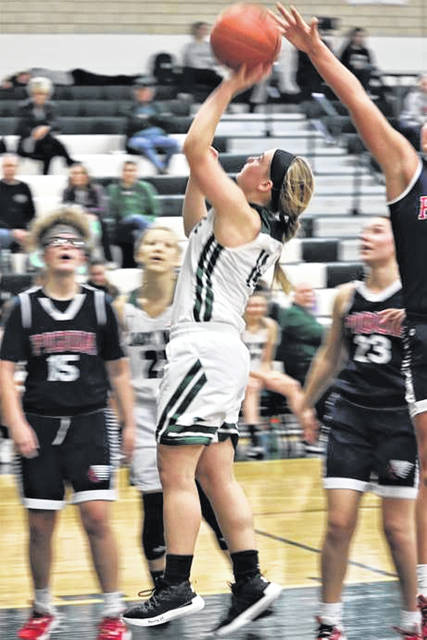 GREENVILLE – The Lady Wave dropped a 53-46 MVL game to the Piqua Lady Indians in a Saturday home game.

“We played a really good basketball game – just need to make a few more shots,” said Greenville coach Rachael Kerns following the game. “If we can get just one more shot to go in each quarter the ballgame could be different or the outcome could be different. Really proud of the effort overall.”

The teams played even in period No. 3 with both teams adding 13-points to the board sending the teams to the fourth quarter with Greenville trailing 38-32.

“I would have liked to have gotten there a little bit more than what we did but their number is a little bit bigger because in the last couple of minutes we had to foul them,” said Kerns. “Give them credit. They shot 70 percent as a team from the free throw line. We just need to get there more than 12 times in a game.”

The Lady Wave dropped an earlier season MVL game to Piqua by a double digit 49-37 score.

“Our intensity and just the way we played today was a really big step in the right direction,” said Kerns “You always talk about the first time you play a team and the second time you play the team – you want to close the gap and we closed the gap in every area today.”

The OHSAA D-II Lady Wave play in the strong Miami side of the conference where they take up the last spot with a .500 MVL record. Greenville would hold down second place in the weak Valley Division if they played in the Valley Division. The MVL is predominantly OHSAA D-I schools.

“Coming into tonight’s game, every team on our side of the division was five hundred or better, so not only is it a bigger school conference for us but it is good basketball right now,” Kerns noted. “Piqua has won a lot of games this year and you can see why.”

Piqua’s Tyla Yeomans leads the MVL with a 19.7 points per game average while Greenville’s Haleigh Behnken takes the No. 2 scoring position with an 18.5 per game average.

Both Yeomans and Behnken lived up to their billing with Yoemans scoring 23-points and Behnken close behind with 21-points.

“Behnken ended up with 21-points and didn’t get very many clean looks,” Kerns stated. “They had somebody on her all the time. “We did a really good job of turning our defense into our offense. She ran the floor trying to find the opportunity that she could have.”

“What people don’t realize how hard it is for her to get a good look sometimes,” continued Kerns. “It’s really nice to see Morgan (Gilbert) shooting the ball a little bit and Libby (McKinney) came in and hit some good shots today also. Proud of the way the girls played today.” 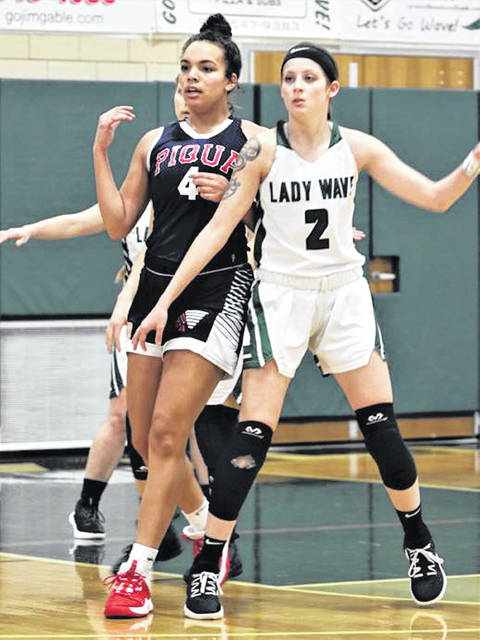 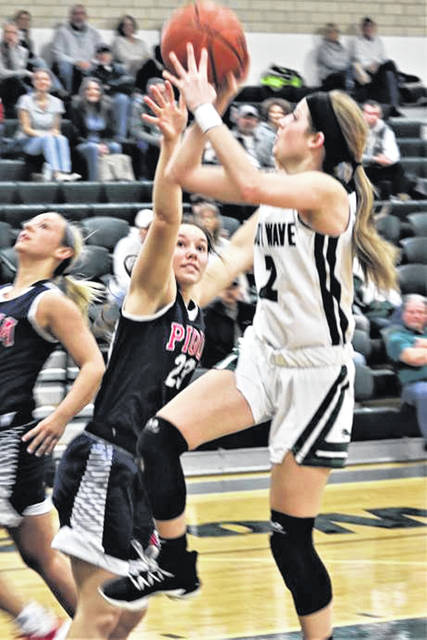 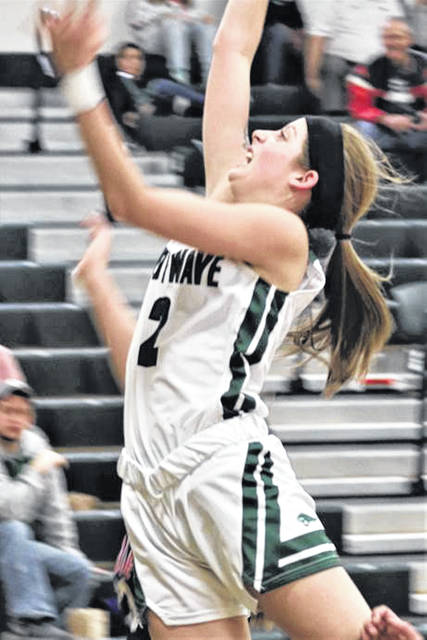 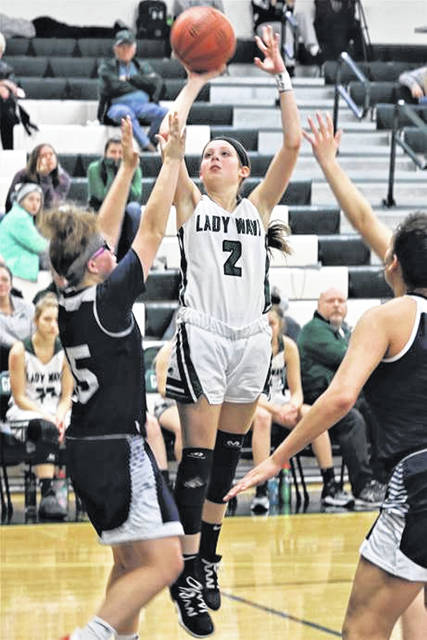 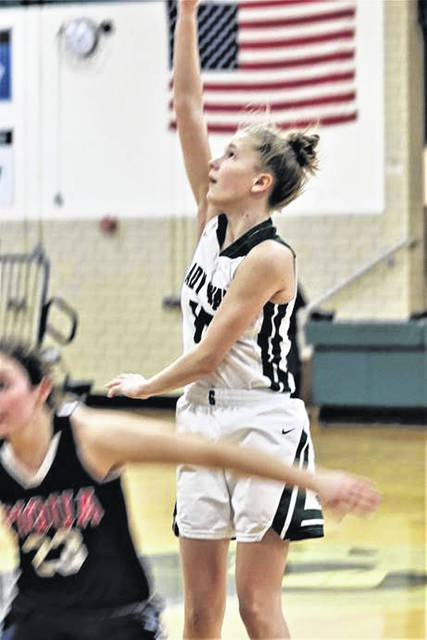 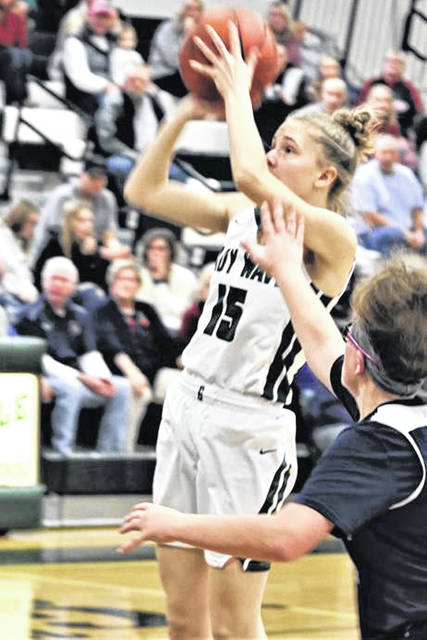