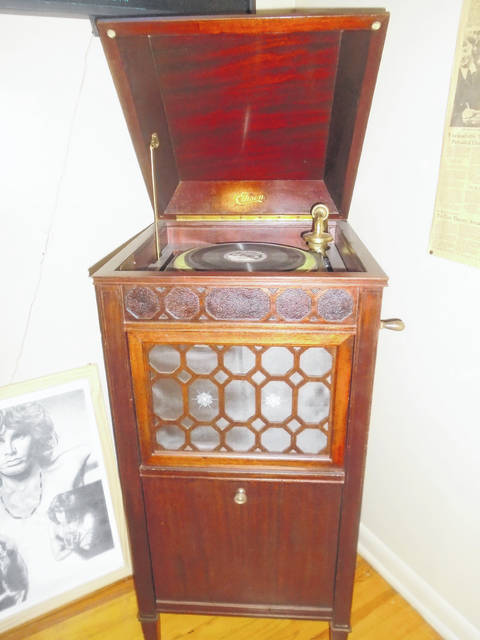 PALESTINE — Tom Everhart, a long-time disc jockey in the Darke County and surrounding areas, was featured in an article in The Early Bird this past weekend.

For nearly eight decades, he has been collecting and playing rock-n-roll music and is knowledgeable on the subject because it is his passion.

“I still enjoy the past; that’s why I play old music,” said the 75-year-old Everhart. “I can’t do the top 40 stuff today. If I’m deejaying a wedding, I now have the couple write down the songs they want played on CDs. I tell them that their grandparents, aunts and uncles will want the old stuff. When I switch venue to good old rock-and-roll that’s when everybody hits the floor.”

Everhart, who often gets written requests on drink napkins, has done the bar circuits over the years but has slowed down on them, mainly now working at weddings, reunions and even for the Darke County Memory Lane dances that are held each Monday afternoon from 1 to 3 at the Greenville VFW.

Yes, he is the one who loads and unloads his equipment each time, and the one who keeps the music playing.

When he and wife, Becky, to whom he was married March 16, 1968, recently moved to another home in the Palestine area, he set up one special room, featuring his Elvis collection, lots of autographed records, posters and ‘olde’ music memorabilia….not to mention some of the items that belonged to his son Donnie, who died in 2005.

Everhart has autographs galore in that room. And, he has memories of the many concerts and opportunities he had to meet this musical artists over the decades.

“I have the Doors’ autograph from Detroit,” he said. “Ian Asbury was doing the lead singing but I never got a picture of him, but I had breakfast with them.”

He also has an autograph of Dean “Moose’ Torrence of Jan and Dean fame and has in his possession Rick Derringer’s “Hang On Sloopy” and the “Hoochie Coo” records.

Other records of his that were autographed include Rickie Nelson’s son; Eddie Money; Chuck Berry on his “Johnny B. Good” record; and Bill Barlett when he was with the Lemon Pipers and with Ram Jam.

Other artists who gave him their autograph were Brenda Lee, all of the Canned Heat boys and even locals, the Kuhn Sisters.

There is artwork of Jim Morrison’s face, created by the Everharts’ son Donnie. Nearby on the wall is an unsigned record cover that Morrison sent to Everhart….no autograph yet a note inside read, “A true Jim Morrison fan and a real friend,” meaning Everhart.

He has seen many artists in person, including the Turtles, Buckingham, Gary Lewis of the Playboys, the Doors, Elvis, Randy and Rick Zehringer and the Rick Z Combo.

Everhart’s love of music started when he was 10, when his mother began buying records for him, a hobby that he kept by getting jobs to pay for his vinyls.

His first gig was at the New Madison American Legion at the age of 13, taking with him a turntable, a microphone and amp.

Over the years, he worked for Mercury Records at the Richmond Record Press, for American Aggregates in Phillipsburg, for Sheller-Globe in Union City and worked with his father, at Sellman’s Hardware in Greenville. Then, he went back to Tri-Village School from where he graduated in 1962, and worked for 25 years, 16 years as janitor and 17 years as a teacher’s aide. He retired in 2005.

“I’m getting into this book-writing business now,” said Everman, who served in the military in 1966 and 1967. “I’m starting my seventh one, which will feature lots of photographs.”

Everhart himself said he plays no instruments, but did play drums in junior high but never pursued it. He has sung on occasion over the years, however.

Elvis is his favorite artist, and his favorite band of all times is The Doors, followed closely by the Rolling Stones.

“I met The Doors personally,” he said. “I got to be friends with Morrison’s brother-in-law and still correspond with him. I liked the Stones better than the Beatles but I play the Beatles more now because they’re popular.

Everhart’s even been to the Monterey Pop but never made it to Woodstock two years later.

In addition to all of this, he played Little League as a child with Sam Lindamood as his coach. Then, as he got older, he played basketball on both industrial and independent leagues.

All the while, he was busy at other things, he never put music on the back burner. 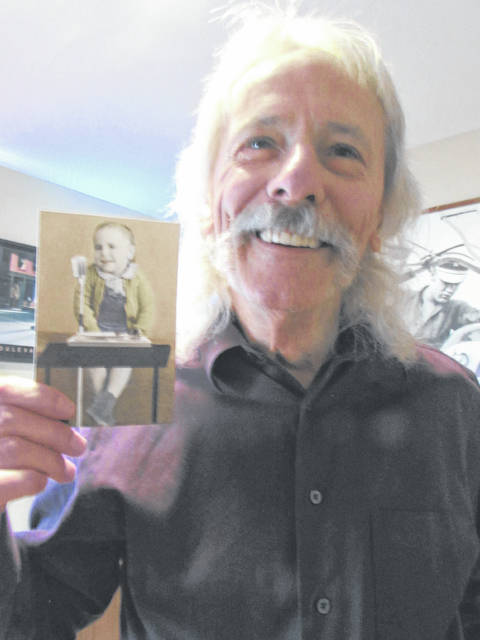