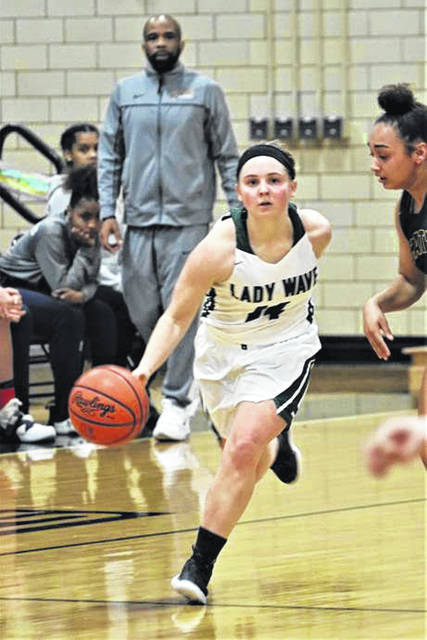 GREENVILLE – The Lady Wave used a strong second half to defeat the Springfield Lady Wildcats 69-53 in a very physical game played on senior night in Greenville.

“What a fun game to play in tonight,” said Greenville coach Rachael Kerns following the win. “This game really represents our senior class and a lot of things the senior class does for our team.”

Playing their final home game wearing the Green and White: No. 2. Haleigh Behnken, No. 10 Taylor Yates, No. 11 Natea Davidson, No. 14 Morgan Gilbert and No. 23 Annie Hayes.

“Just so proud of our effort tonight,” Kerns stated. “The one thing people can say about us; there is absolutely no quit. We rise up to different challenges and they are excited to play. They’re excited to suit up and they don’t care who is on the other side of the court right now.”

The Lady Wildcats, a large DI school playing in the GWOC has a student population of 1,611 students while DII Greenville comes in with 635 students. Springfield starting guard, Mickayla Perdue has committed to play basketball for the DI Toledo Lady Rockets next season and brought a 21.4 season scoring average into the game.

The Lady Wave took the opening quarter 15-12 with Greenville’s Edison State signee, Haleigh Behnken knocking down 12-points including 4-4 at the line while Springfield’s Perdue was good for 5-points including a 3-pointer.

The Lady Wildcats battled back to take the second period of play 17-14 with Perdue draining three triples and a 2-point goal for 11-points while Behnken was pacing the Lady Wave with two 3-pointers sending the teams to the break with the teams even at 29-29.

“Springfield is big and very athletic,” Kerns said. “I told the girls at the half; if we’re going to make this an up and down game it’s not going to be in our favor. We didn’t slow it down as much as I would have liked to at times but we really just did a lot of really great things at the right time.”

Period No. 3 saw the smaller Lady Wave explode for 23-points while their smothering defense was holding the visitors to 5-points to send the teams to the final period with Greenville in command with a healthy 52-34 advantage.

Behnken scorched the Greenville nets for 11 third quarter points while the Lady Wave were holding Springfield’s Perdue scoreless in the period.

“We went to a box and one – Nyesha Wright did a fantastic job on No. 10 (Mickayla Perdue) a division-I ballplayer. Didn’t let her score in the quarter and Morgan just disrupted all the other girls.”

“Behnken found a way to get to the hole, found a way to score a lot today,” Coach Kerns noted, “and then there is Morgan (Gilbert). Huge that third quarter. She stepped in and took four charges, just totally took them out of their offense.”

The fourth quarter free throw line was busy at both ends of the court as each teams racked up fouls with the Lady Wildcats going 10-18 while Greenville was 10-14 at the line. Greenville’s point guard, Morgan Gilbert was 6-8 at the charity stripe and with a layup paced the Lady Wave with 8-points in the final period.

Coach Kerns was able to take advantage of a 20-point fourth quarter lead to pull her seniors from the game to standing ovation from a large home standing crowd.

“I just can’t say enough about the seniors that represented us,” Coach Kerns said. “They did such a great job. Everything they have done the last four years doesn’t go unnoticed and they set the tone for what it’s going to be like to play Lady Wave basketball – these seniors really represent that. I couldn’t be any more proud of the seniors and everything they have accomplished.”

Coach Kerns took time to give credit to her coaching staff for a great senior night win and a winning 2020 Lady Wave basketball season.

“I couldn’t do without them,” said Kerns. “Coach (Lindsey) McGlinch is my quiet rock over there. I get to talk to her and she takes whatever I have to say, gives me her input here and there. Swig (JV coach Laura ‘Swigart’ Germann), we just know each other in and out. A lot of times we don’t have to say what we are thinking and then Coach (Steve) Liette kind of just keeps the calm amongst all of us. It’s a really good group that I have and it’s a total team effort when we have games like this.”

Behnken led Greenville and all scorers with a game high 30-points and closes out regular season play with a 19.5 scoring average. Springfield’s Perdue finished the night with 24-points to finish her season with 21.4 points per game.

The No. 4 seed Lady Wave travels to Tecumseh High School to take on the No. 7 seed Benjamin Logan Lady Raiders in OHSAA DII first round tournament action, Saturday, February 15 with a 12:30 p.m. start time.

“If we keep playing like this there are a lot of really good chances for the Lady Wave,” concluded Coach Kerns. 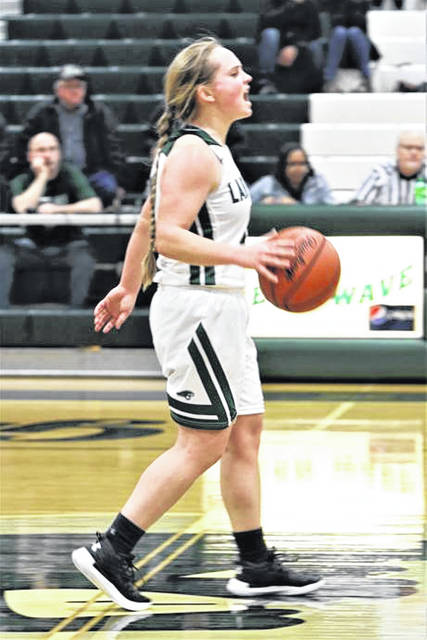 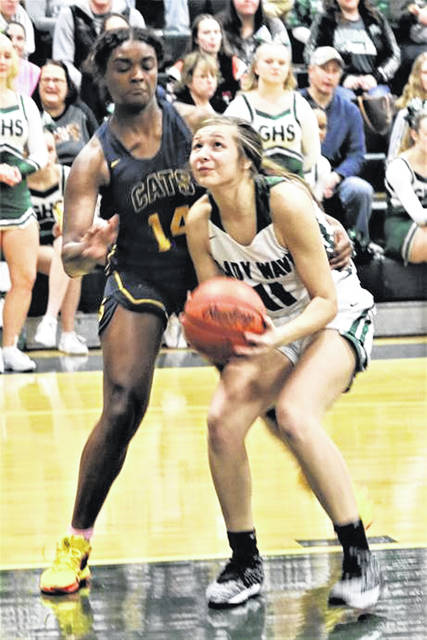 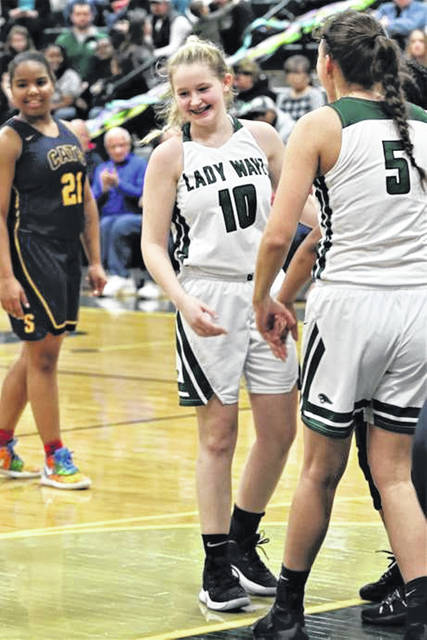 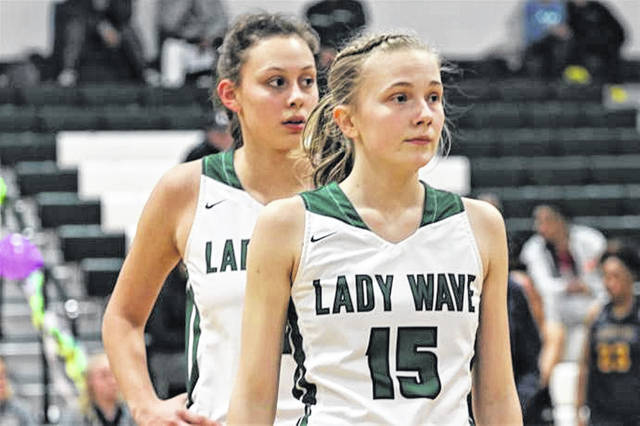 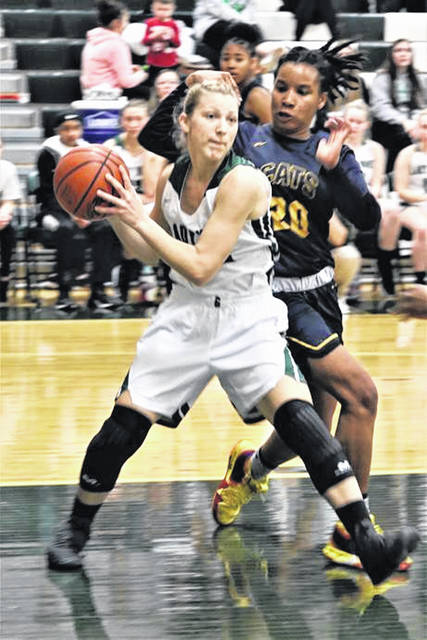 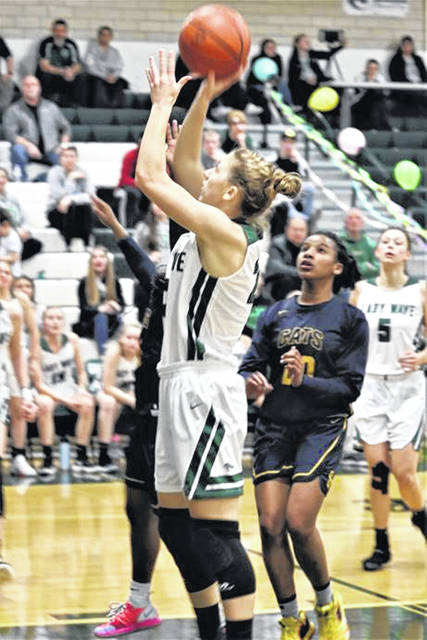 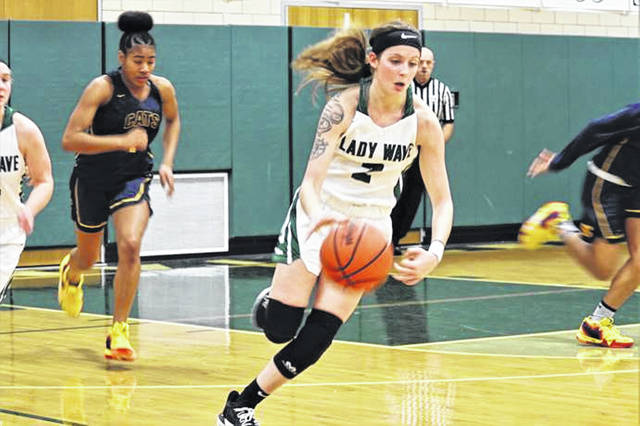 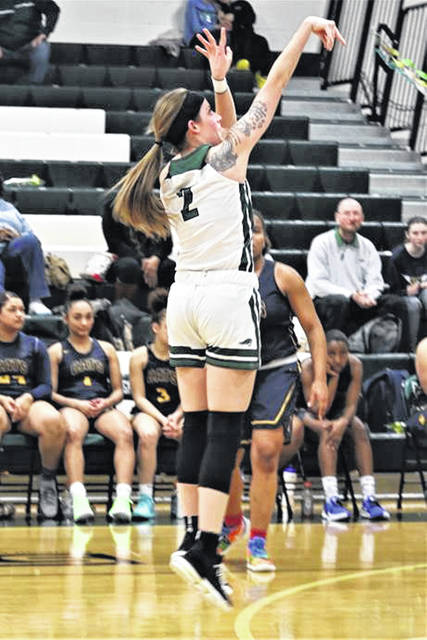 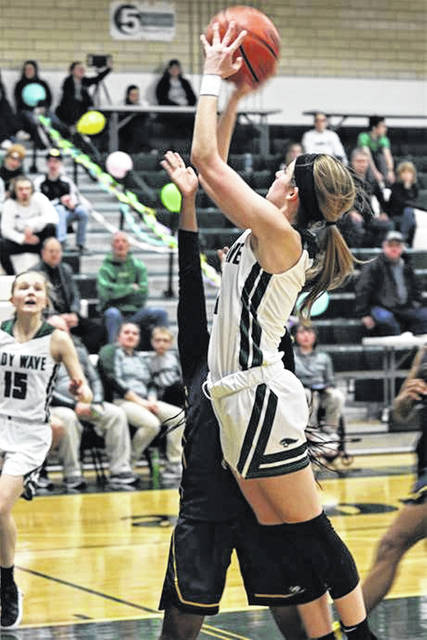 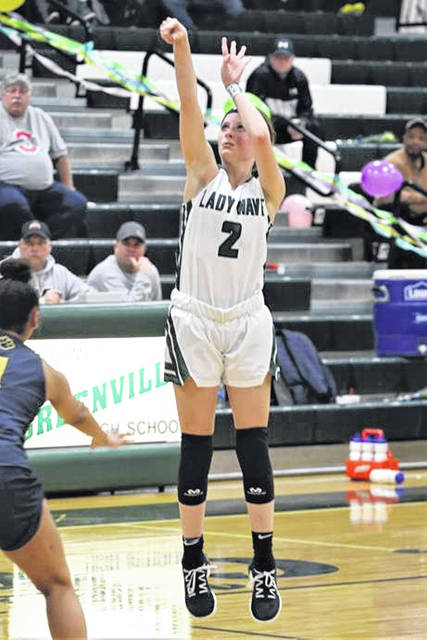 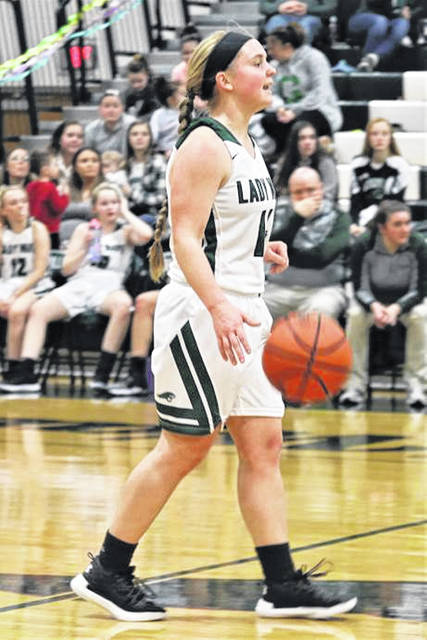