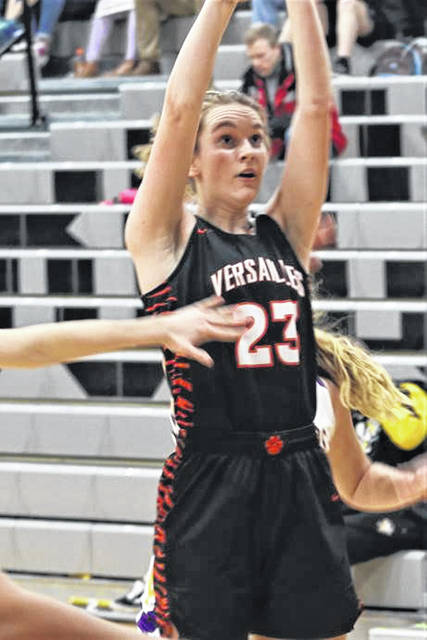 Versailles jumped out to a 22-6 first quarter lead with six Lady Tigers getting in the scoring column led by 6 Abbey Stammen points and 5 each from Caitlin McEldowney and Danielle Kunk.

The Lady Tigers took the second quarter 18-5 sending the teams to the break with Versailles holding a comfortable 40-11 lead over No. 14 seed Lady Warriors.

“We wanted to get it inside more than we did,” said Versailles coach Tracy White. “They did a good job of triple teaming and sometimes four girls but rebounding wise, offensively and defensively we were able to capitalize on the boards.”

Versailles just missed starting a running clock on two occasions in third quarter play as the team would push its lead to 33-points twice only to have the Lady Warriors hit a 3-pointer each time sending the teams to the final period of play with the Lady Tigers leading 50-20 after Versailles took the third by a 10-9 score.

“I felt like intensity dropped a little bit – we kind of relaxed,” Coach White said of the team’s third quarter play. “I don’t know if we felt like we had a cushion but that was an ugly quarter.”

“One of the hardest things is to not let your guard down when you are up by that much when you have kind of put it on them in the first half but,” added White. “I felt like we lost our focus a little bit and let our guard down.”

Next up for the No. 3 seed Versailles Lady Tigers is the No. 8 seed Middletown Madison Lady Mohawks, 65-51 Tuesday night winners over Greenon.

“Madison is a good team,” said Coach White. “They have some height, they have some good guards, good inside play, they work smart, they stay structured, run a lot of different sets so it will be a good game. We have a few days to get some good practices under our belt and come out Monday and see how it all falls together.

Abby Stammen led Versailles and all scorers with a game high 11-points. 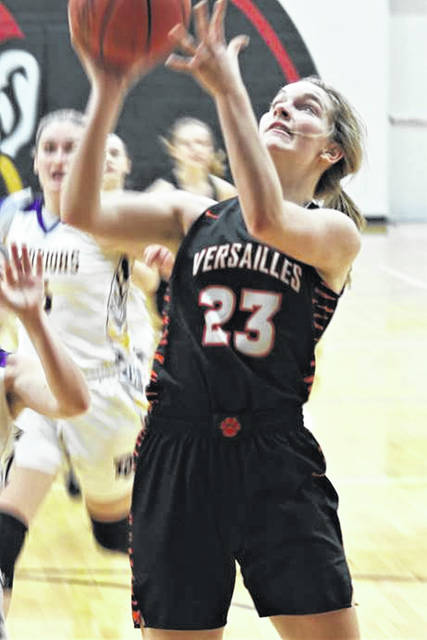 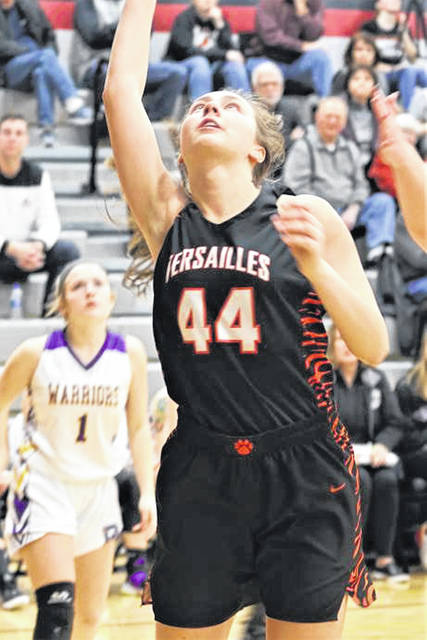 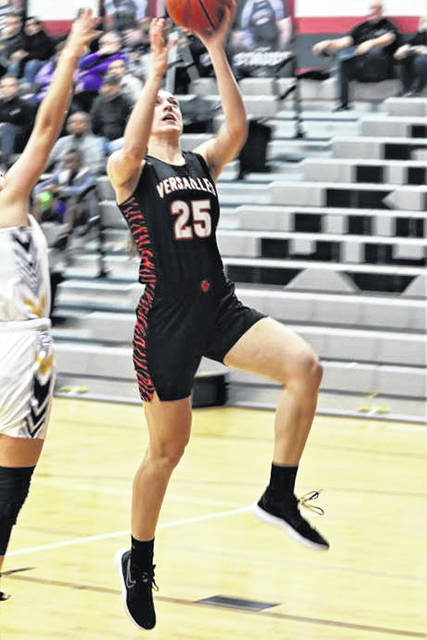 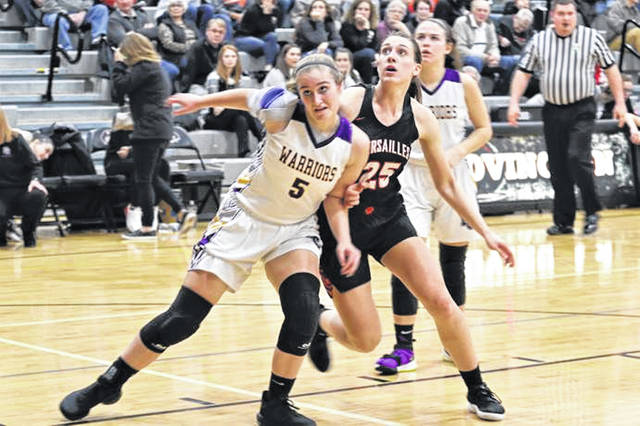 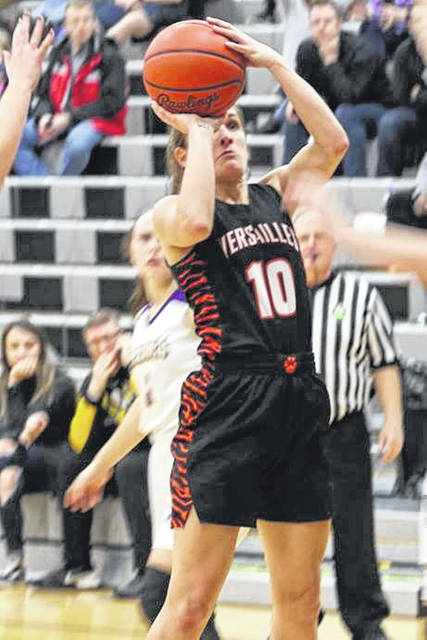 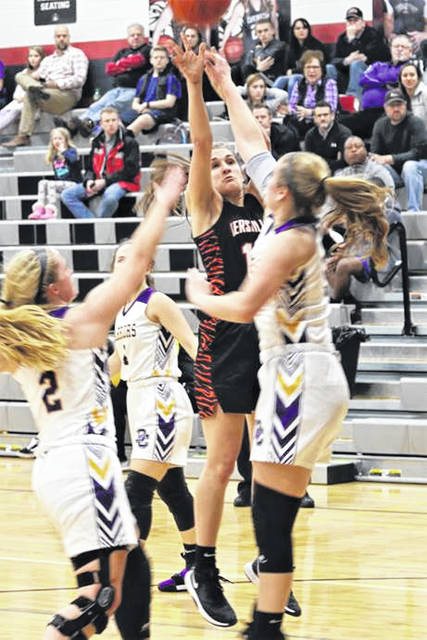 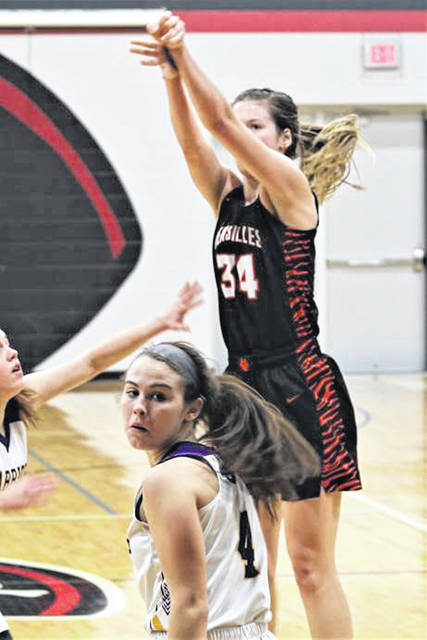 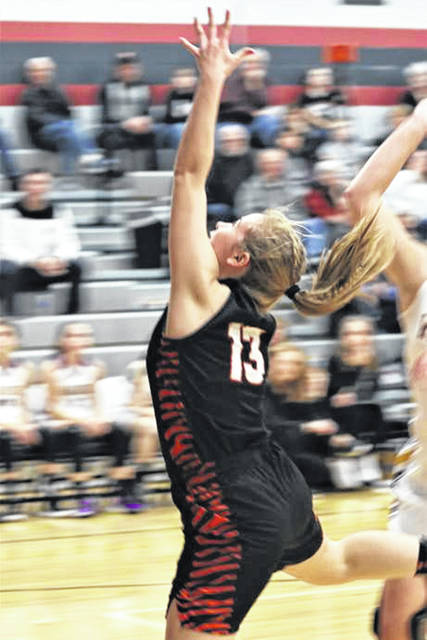 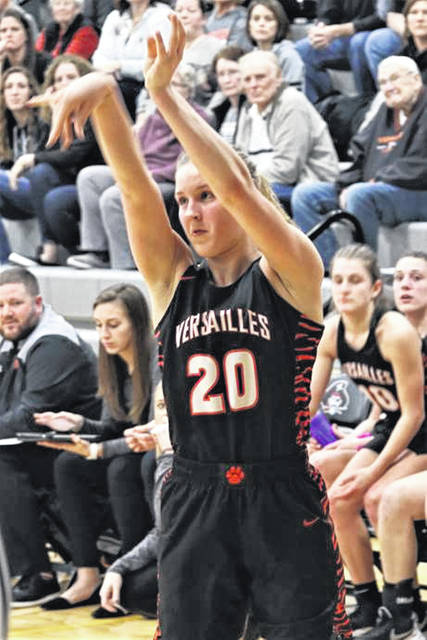 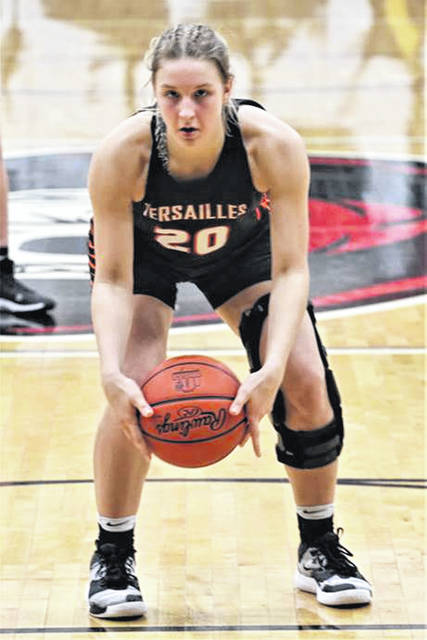