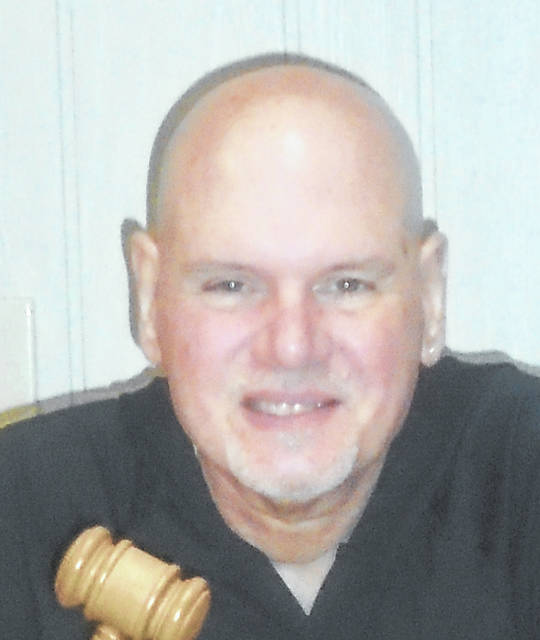 At approximately 4:44 p.m. Saturday, Union City Fire and Rescue crews as well as Darke County deputies and Darke County Coroner’s Office responded to an emergency near the intersection of Beamsville-Union City and Hillgrove-Fort Recovery Roads on a report of deceased male found lying next to a motorcycle.

“It appears that he had shut [the dirtbike] off, and had taken his helmet off,” said Union City, Ohio, Police Chief Mark Ater. “It appears that something happened medically, and that’s what caused his death.”

The Daily Advocate is awaiting an official report from the Darke County Coroner or Sheriff’s Office.

Ater described Fields’ death as “a huge loss for our community.”

“Just in the four months he was mayor, he was really trying to make a difference in our community,” he said. “This is unfortunate not only for us, but for his family too.”

The Union City Village, Police, and Fire department Facebook pages remembered Fields, posting: “It is with heavy hearts and extreme sadness that we must say goodbye to our Mayor John Fields. Mayor John died unexpectedly yesterday. John was a loving son, brother, father, and husband.”

“There are a couple of things that we know for sure, John loved his wife Sarah so very much! He always wanted what was best for our community! He was also a supporter of all the employees of the Village. From the utilities department, to the fire department, to the police department, we all knew that John cared, and we knew that he had our backs!”

“Our thoughts and prayers are with all of his family and friends during this time of loss. We know that John will watch over all of us, that’s just the type of person he was.”

“Thank you Uco Mayor for what you have done for our community. You will be greatly missed! There’s one thing we know for sure, John is in heaven, and he will continue to ‘Rock on!’ in his eternal life!” the Facebook posts said.

This past February, Daily Advocate Reporter Linda Moody, writing a profile piece on the village’s new mayor, wrote that music was an important part of his life, and Fields “tried to be a hippie” after graduating from high school.

“I played hard rock bands for 40 years and was in the band Razor for 25 years with Al Gallatin, Paul Curtner and the late Roger Tingley,” he said. “We opened up for Rick Derringer and Brownsville Station.”

Fields was married to the former Sarah Conyers Dec. 24, 2017. His first wife of 33 years, Jenny (Cantwell) Fields, died of cancer in August 2015. A surviving daughter, Sarah, lives in Celina.