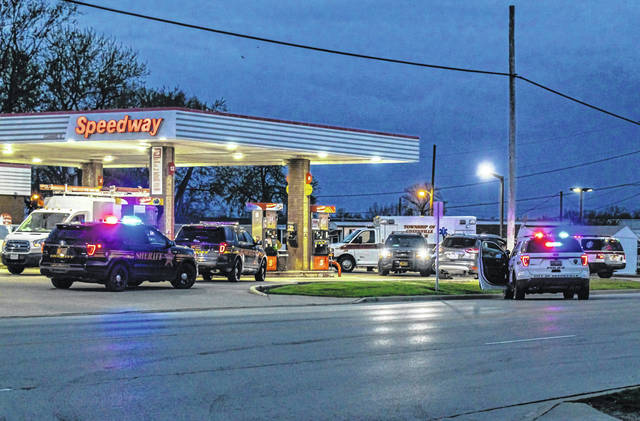 GREENVILLE — Two people were taken into custody early Tuesday morning after a stabbing that took place outside of Spirit Medical Transport.

At approximately 6:15 a.m., the Greenville Police Department responded along with deputies from the Darke County Sheriff’s Office and Greenville Township Rescue to Spirit Medical Transport, 5484 State Route 49 South, in reference to a subject with a knife who was bleeding.

According to a press release from the Greenville Police Department, a preliminary investigation into the incident revealed that upon the arrival of law enforcement, the subjects entered a vehicle and fled to Speedway at 1350 Sweitzer St.

Once at Speedway, the victims were identified as Andrew Stutz, 27, and Tori Penny, 26, both of Greenville.

Penny was treated at the scene by Greenville Township Rescue and transported to Wayne HealthCare ER.

Stutz refused to cooperate and left the scene on foot. He was later located in the 600 block of Sweitzer Street, where officers and deputies attempted to take him into custody. With Stutz refusing to cooperate and badly injured, officers negotiated with Stutz and later detained him.

Stutz was charged with inducing panic and arrested on other charges.

Both subjects were transported to the Darke County Jail.

This incident remains under investigation by the Greenville Police Department.