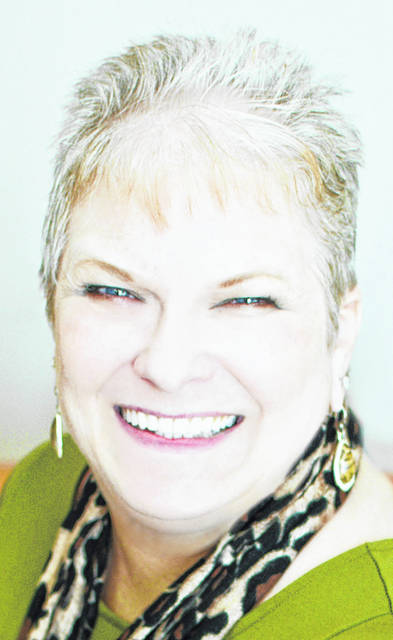 The Arcanum Athletic Department wishes to thank scoreboard digital sponsors for their support of student athletes and athletic programs! Sponsors of the 2 by 6 sign size are Second National Bank, Edison State Community college, Arcanum Athletic Boosters, Nationwide/Graves-Fearon Agency, Dr. Matthew Painting and Stillwater Valley Golf Club. Sponsors of the 3 by 5 size are Picnic’s Pizza & Grille and 4-One Apparel. Troutwine Auto Sales is a 3 by 8 sponsor. Businesses who are interested having their ad digitally displayed in the high school gym can email Superintendent John Stevens at [email protected]

Congratulations to the 2019-2020 Larissa Beisner and Zach Garbig Award winners. This year, Hailey Wright was awarded the Larissa Beisner Award and Patrick Hammaker was awarded the Zach Garbig Award. Each year the Arcanum Butler Parent Teacher Organization celebrates their lives, honors their memories, and keeps their spirits alive by selecting students to recognize as they exit the fifth grade in honor of Larissa and Zach who both lost their lives to illness in 2000 and 1999 respectfully.

Congratulations to the following boy and girl from each grade level who were awarded the2019-2020 Trojan Way Award. These students were voted on by their peers and awarded this achievement based on displaying the characteristics of the Trojan Way (Respect, Responsibility, Performance, and Leadership). In the Fifth grade are Jace Mote and Cameron Garbig; Sixth Grade are Cole Kessler and Grace Psczulkoski; Seventh grade winners are Evan VanHoose and Alexis Gibbons; and finally, the Eight Grade awards go to Brady Lock and Jaelynn Hatfield.

From the high school congratulations to Mr. Brian Pohlman and the Arcanum FFA on a great fourth year! The State FFA Degree is earned by less than two percent of Ohio FFA members and is the highest honor the Ohio FFA Association can bestow on a member. The Arcanum students who were presented the degree were Raymond Denniston, Laney Fourman, Gracie Garno, Anna Loxley, Isaac Smith, and Emily Wenning. Arcanum graduates Brenna Loxley and Jacob Osswald completed their American FFA Degrees.

Having recently celebrated our nation’s birthday this past weekend, I thought it would be interesting to see what some of our presidents had to say about our country that they served. Some are very interesting and thought provoking. Take a look…

“We’re blessed with the opportunity to stand for something — for liberty and freedom and fairness. And these are things worth fighting for, worth devoting our lives to.” ~Ronald Reagan, 40th President of the United States

“America was not built on fear. America was built on courage, on imagination, and an unbeatable determination to do the job at hand.” ~Harry S. Truman, 33rd President of the United States

“We must dare to be great; and we must realize that greatness is the fruit of toil and sacrifice and high courage.” ~Teddy Roosevelt, the 26th President of the United States

Finally, John F. Kennedy’s inaugural address in 1961 inspired children and adults to see the importance of civic action and public service. His historic words, “Ask not what your country can do for you — ask what you can do for your country,” challenged every American to contribute in some way to the public good. In this lesson, students learn about a theme in President Kennedy’s inaugural address, civic action, and consider how it applies to their own lives. J.F.K. was our nation’s 35th President