GREENVILLE — The 225th anniversary Treaty of Greenville Time Capsule will be opened at 6 p.m. Monday, Aug. 3, at the Greenville City Building, 100 Public Square.

Those who plan to attend are asked to adhere to the social distancing and wear masks due to COVID-19.

At the program, master of ceremonies and introducing special guests will be Greenville Mayor Steve Willman, with Colors being presented by the Greenville American Legion/Veterans of Foreign Wars. Boy Scout Troop 134 will present the Pledge of Allegiance and John Burkett, current Greenville City Council president, will present the Treaty of Greenville history.

This will be followed by the opening of the Treaty of Greenville Time Capsule, 1995.

A commemorative presentation will be given by Brenda Arnett, regent, Fort GreeneVille Chapter, Daughters of the American Revolution (DAR).

On Monday, after the time capsule is unsealed, it will be for display only. The contents will then be taken to the Visitors Bureau to be put on display again.

The public is invited to the ceremony with special invites extended to Shaltry, Baker and Cox of the original bicentennial commission. It will be held rain or shine. If it rains, the event will be held at the neighboring fire department.

Wooden commemorative tokens will be passed out at the ceremony on Monday.

The ceremony is expected to last an estimated 20 to 30 minutes. 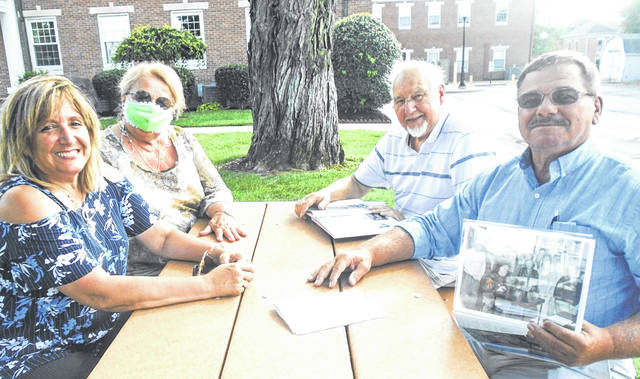 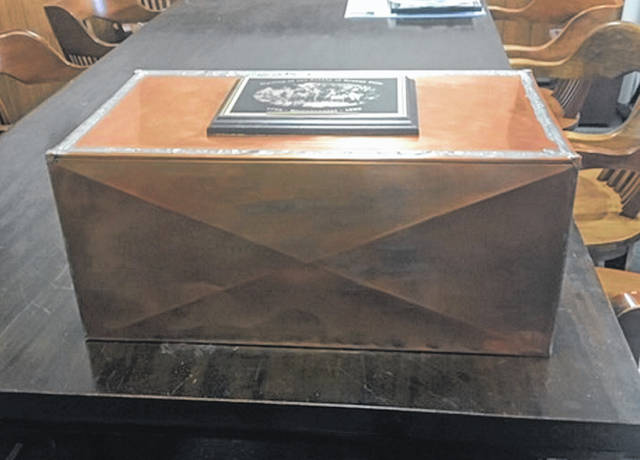