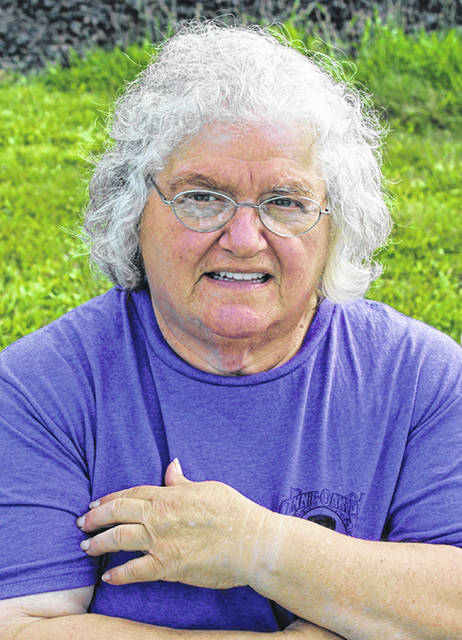 Well, this is it. No more weekly columns coming from me.

Who knows what the future will hold. I will just live for the moment.

It’s been great doing this column not to mention the hundreds and hundreds of articles I penned over the years. When I first was told I would have to write a weekly column, I cringed, but I learned to love it and give it a special flair with my birthdays and anniversaries (just like former columnist Betty Grimes did in her Union City News column), my prayer lists and my personal thoughts.

I plan to keep this information going somehow, probably on Facebook but not in a lengthy fashion.

Facebook is where I got and still get many of my story ideas. If someone did something interesting or earned special recognition, I was quick to contact them and usually talked them into doing a story. And, I thank those who did respond. There is a story in everybody and that made my job easier.

I won’t miss some of the long meetings that take place nor will I miss having to write about a contoversial subject, even though I know that’s part of the newspaper business. I try to stay positive in my writings.

1. The past cannot be changed

4. Things always get better with time

5. Judgments are a confession of character

6. Overthinking will lead to sadness

7. Happiness is found within

12. What goes around comes around.

With that, so long and happy trails.

Son Jamie and I extend our condolences to the family and friends of (sister-in-law) Nancy Miller Moody and Kerry Abel.

In some form or other, I will try and keep people informed of those in need of prayer in the future.

Well, my birthdays and anniversaries end here but I wish everyone whoever has a birthday for the rest of my life to continue to have happy ones.

Happy anniversary to Hugh and Melinda Linebaugh on Aug. 10; Randy and Mindy Ward on Aug. 11; and Tom and Shila Magoto and Doug and Carol Riffle, all on Aug. 12.

Think about it: “Don’t cry because it’s over; smile because it happened.” — Dr. Seuss